This is not a comprehensive post. But it’s about the home hobby/learning game project I took on last year, and how it’s progressed, slowly, bit by bit, but surely, and with a lot to show.

I’m calling it Hüver. Partly as a take on Uber and Lyft. Because it’s a game about a flying taxi.

Last year I also got the Commodore 64 Mini, a half-scale C64 emulation machine with joystick controller. I re-discovered a lot of fun C64 games I played long long ago, and some not so long ago, as I still have my Commodore 128 fully functional, just stored in the attic for now. 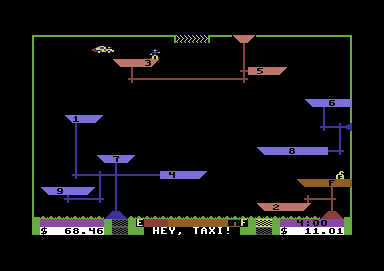 Space Taxi is a fun game that is beloved by C64 users. And while I was writing a rolly-ball game something akin to Q*Bert, where a rolling ball with sunglasses had to paint the tiles of a floor, while enemies went around undoing that work and causing other mischief, including attacking, I tried implementing a Jump command.

In doing so I failed to make a jump, that is a single pulse when you push a button. It was supposed to detect button push on an Update loop, causing a single pulse to push the ball upwards, and just once.

And since I failed to prevent a repeated button detection on Update, instead, it applied that upward force once a frame until I released the button.

And suddenly my rolly ball was hovering. Still spinning (since I jumped while rolling) the Unity RigidBody kept it spinning, slowing down due to its rotational friction, but hovering nonetheless.

It was then I discovered that I was having more fun flying my rolly ball around in the air than rolling it around on the ground.

And as I had just finished playing a bunch of levels of Space Taxi (known for its realistic flying physics and awesome quirky level design), I immediately dropped my Rolly Ball game and started on a flying taxi game.

The first thing I did was jump into Unity, start a new scene in the same project (since some of my code was reusable) and build a Flying Taxi car to fly around with.

Not long before this I had seen a very nice vintage space car toy on eBay. It had a feel about it that I wanted for my game. 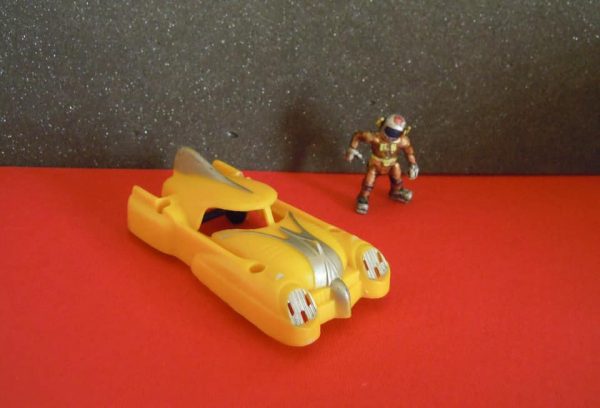 And since I wanted to get started, and not take a lot of time to model a 3D car like this, I went into Unity and began creating capsule primitives. 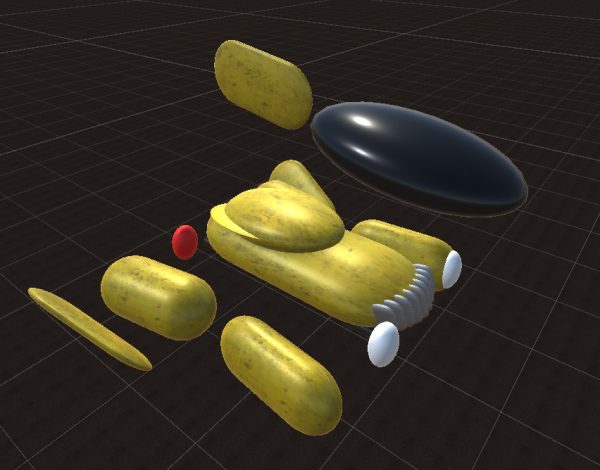 And this is how it all came together: 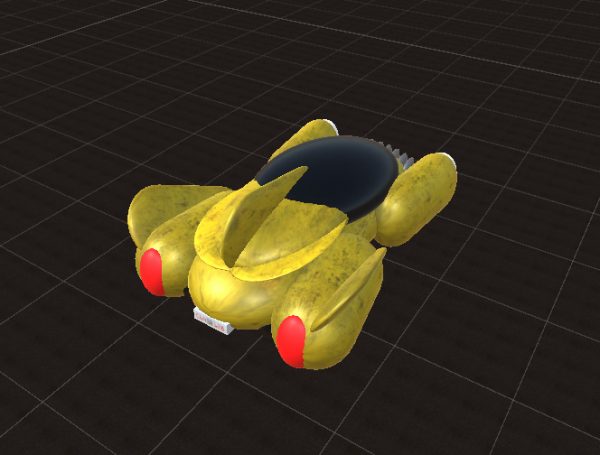 I later converted it into shapes I could bring into Maya and set it up to 3D print using my Anycubic Photon resin printer. These are painted models. I also did one in multiple colors on my Afinia FDM printers. Cleaner result, but not as high-rez. 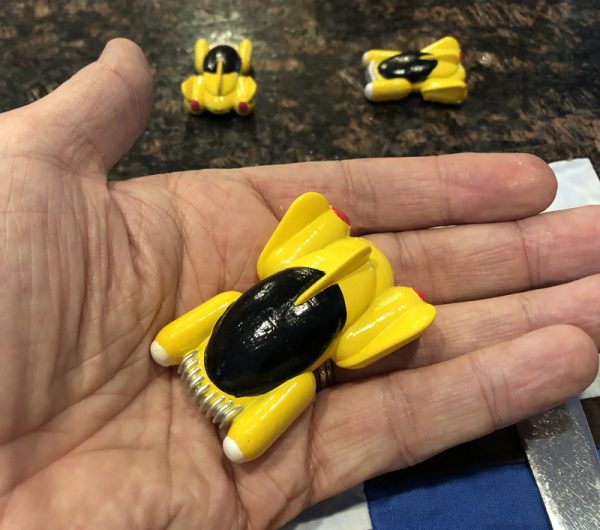 So now I had my Space Taxi. Where to go from here?

Buckle up, because I’m hoping to post a lot of updates having to do with how I did things in the game and why.

Mostly it’s a story of how not to do things, how to half-ass them, and how to clumsily lurch towards a fun game.

New phrase you may have to learn: Tech Debt.