The Octave Universal Spool Holder is a nice idea. Replace the Afinia spool holder (which has the filament feeder attached) with an adapter that allows you to slide in holders for any reel you want, once you have printed that holder.

Well, I printed a holder for the two types of spools I currently have: Afinia; and Octave.

But then I thought, why swap those out? I can probably design one to hold both.

Since the Octave Spool Holder is wider, but has a smaller hole, and the Afinia spool is less wide but has a larger hole, I simply took the Octave holder, remodeled it from scratch, and inset a small area that sinks lower into the shaft. 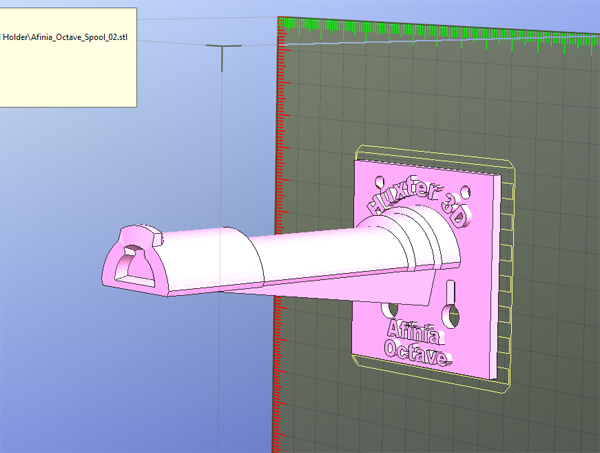 Now, if the Octave spool is on, it will reach out to the end of the holder and be fine. The end tab will force the spool to stay close to the base, so it stays on the outer circular tube.

But if you use an Afinia spool instead, you can let it slip into the divot and it will stay there too.

So now, when I swap out my Afinia filament with my Octave filament, I won’t have to swap out the spool holder.

I printed one out earlier, and found that some of the edges had to move, so I did a quick move of some vertices in my modeling program and reprinted it.

Here is the finished product. It is branded with my name, and at the bottom, the words Afinia and Octave to indicate this works with both reel types. It is sitting on an Amazon charger just for posing.

Here you see how the wider Octave reel would fit on the holder: 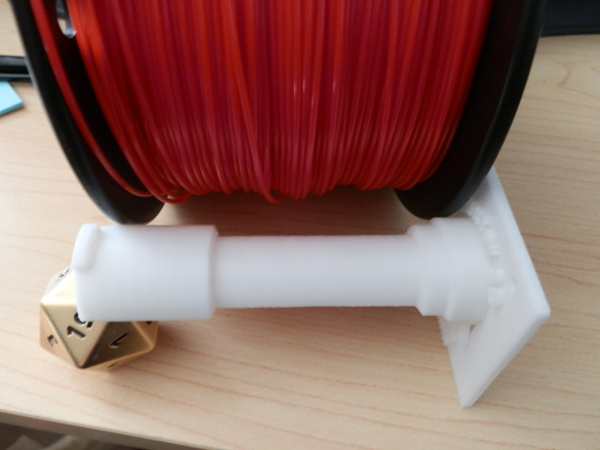 And here you see how the slimmer Afinia reel would slip down into the smaller groove: 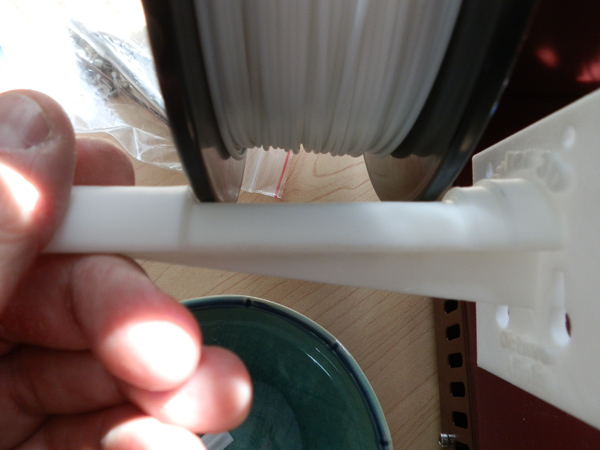 As I get reels from different companies, I may be able to adapt this piece to be even more multi-functional.