I collect pistols. Not real, functional ones, but prop pistols from Science Fiction TV shows and movies. I have some very nice ones including a model kit of the Galaxy Quest pistol, a Steampunk pistol, a medical tracking gun from Doctor Who, more Star Trek phasers than I can remember, a very nice resin model of a Space:1999 Stun Gun, a QMX Mal Reynolds pistol from Firefly, or more accurately from the film Serenity, and a gorgeous die-cast/plastic blaster from Blade Runner.

One of the projects I want to take on with my Afinia printer is to make theme-based display stands for these.

One thing that 3D printing doesn’t yet have, at least easily or cheaply, is a 3D scanner. I would love to be able to scan the pistols and use the exact dimensions as a template to build the display cases. Let’s take the Serenity Pistol, for example.

I searched online and found a model of it on Thingiverse:

So ideally, to model a stand that would take the shape of the butt of the gun, I cut the butt off, inverted it and printed it to see how closely it matched the QMX pistol. 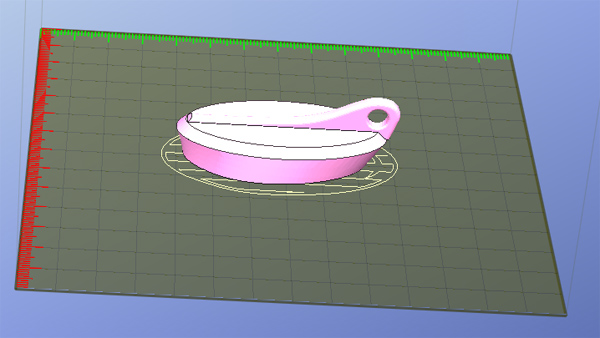 There is, I believe, a systematic problem with printing with the cheaper Octave filament. Even Afinia’s web site store says that the extrusion temperature of the Octave filament is 210-250 degrees, while the head heats to 270. I found the hairs on the TB3 rocket project were likely due to the extra heat making the Octave filament “runny”.

I think most of my important printing will be done with premium filament from here on out, though I will probably need to print some things with the cheaper stuff.