Tintin, by Hergé, is a character in a series of comic books from Belgium, beloved the world over. I read them as a kid, and my two favorite ones were a pair of books, in a rare thing for Tintin, a two-parter: “Destination Moon” and “Explorers on the Moon”:

A year or so I bought a nice die-cast Jeep (the one on the first cover) and I downloaded and 3D printed the rocket, someone put up on Thingiverse.

But not satisfied, I wanted to make a statue of Tintin in his space suit. 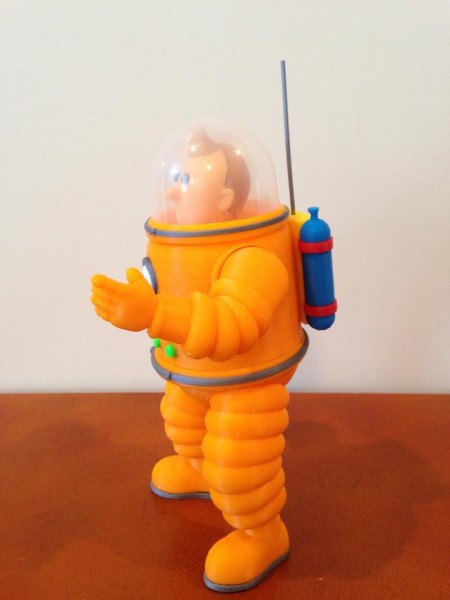 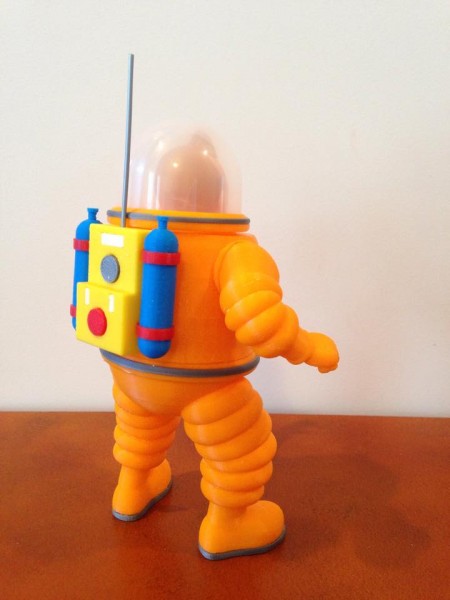 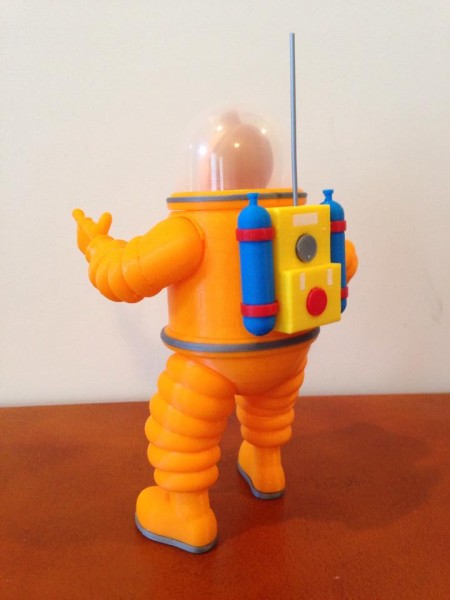 The bubble is a vending machine bubble capsule, which is not terribly transparent, which sucks a little, but it works fairly well.

The figure stands about 8-9 inches in height.