When I was a teenager, a friend of mine had a model kit of Moonbase Alpha from Space 1999. It was amazing. It was a model kit built on a landscape about 20″ across, about 14″ tall, and on it you glued down the various concentric buildings of Moonbase Alpha, and 3 Eagle Landing pads. Well in the last decade or so, ERTL re-issued that model kit, and I have one. 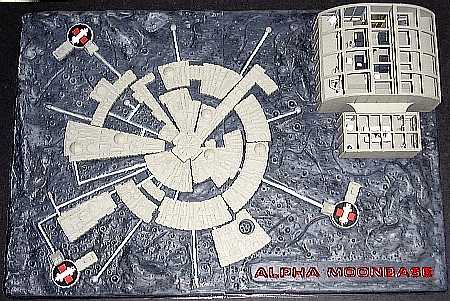 The landscape parts suck, so last year I spent some time making a 20″x20″ styrofoam moonbase landscape so I could make this kit up right and frame it in a shadow box for my wall. I had this ready to put together when one of my cats destroyed my lunarscape with her claws… grrr. I have to start over.

But the interesting thing is, upon looking at actual plans for Moonbase Alpha (readily available online) show that there are in fact five landing pads, while the model kit supplies only three. 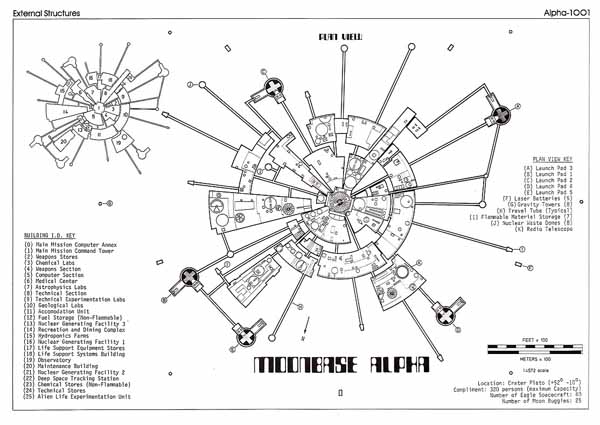 Other than the landing pads being a bit too large, and the Eagles (six tiny Eagles came with the kit) were way too big, this was a lovely model kit, and could make for a very nice display.

But the problem was, in order to make this model properly, you really needed two more landing pads.

I spent some time last year with a binary molding putty and a binary resin, casting landing pads from the mold I made, but they were flawed. It was around that time I first realized you could get 3D printers for less than ridiculous prices, and my first thought ever about what to print on a 3D printer was these extra landing pads.

So today I modeled a landing pad, and made some improvements on the original. One problem with the originals is that there was no docking neck and the “house” was inaccurate. 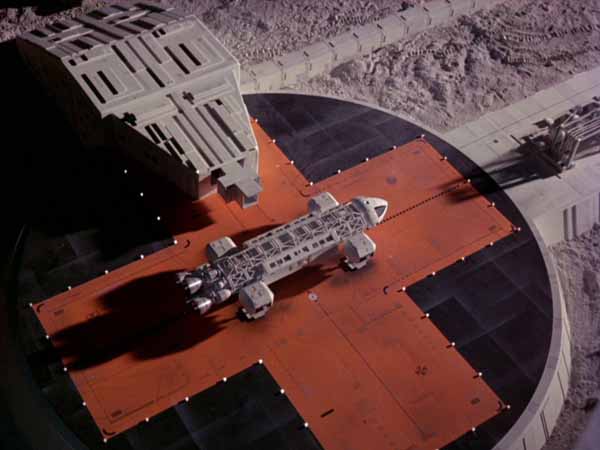 So I fixed that and printed this: 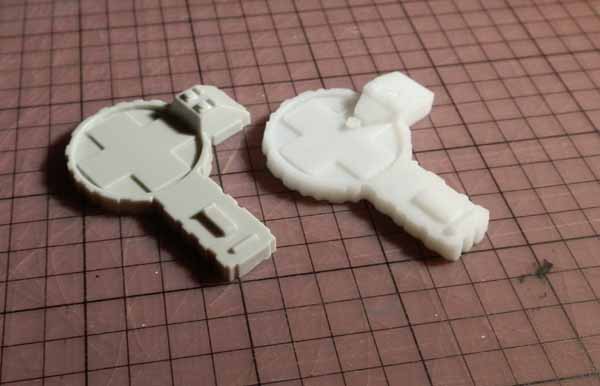 The one on the left is the ERTL model. The one on the right I modeled myself and printed at .15mm in Normal mode with Premium White ABS plastic. (The white makes detail harder to read in photos, but it’s really not bad.) 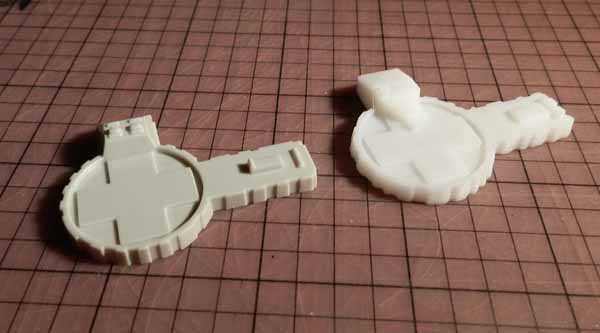 Since this model kit is hard to find these days, and people want to build them up accurately, I may actually be able to sell some of these on eBay. Not sure if they will pay for themselves time-wise, (the amount of time I have to spend printing) but selling a few of these may allow me to buy a bit more filament.