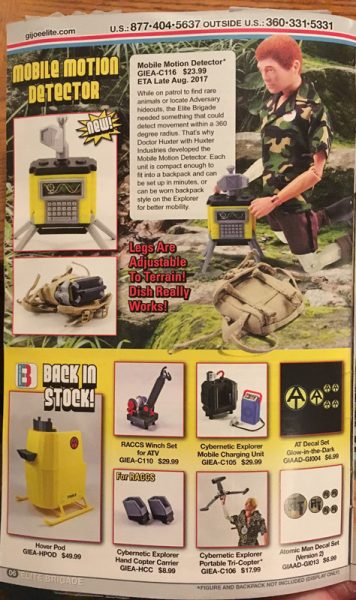 My most recent new invention for Cotswold Collectibles is something a long time coming. First suggested almost two years ago as a small radar or sensor that fits into the cloth backpack, I began sketching way back then. But no great inspiration came until I found these wind-up motors at Dollar Tree.

Then I got inspired, and began sketching. One feature had to be folding legs of some kind so the unit could sit on the ground, but still fit into the backpack nicely.

Here is an early sketch. 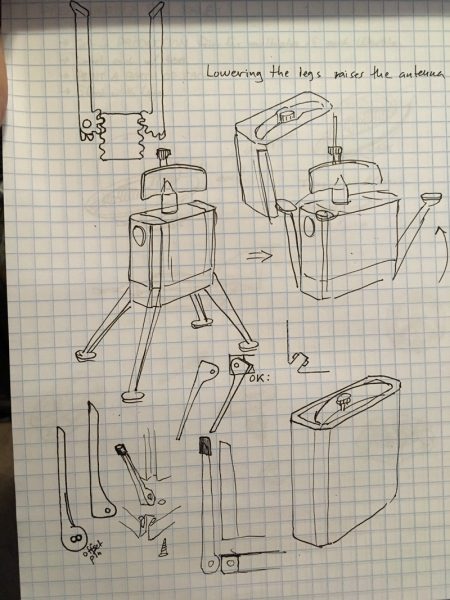 You can see that my Mobile Motion Detector really didn’t stray too far from the concept.

Here, you can see it in early stages of development:

Here, you can see I had not yet thought of the idea of making the radar dish snug against the body to fit better into the backpack. Other than that, it is fairly unchanged. The legs, however, are an early prototype too. These had tabs for thumbnails to grab the legs which were recessed flush against the body and hard to pull out otherwise.

Later versions remove the obtrusive tabs and in a stunningly simple update, I simply made them longer so they reach a little above the top deck, which makes pulling them out easier, it makes the legs a bit longer, and it removes any foot that would imply it should be flat on the ground.

Unseen here is a telephone handset that originally was planned to snap onto the back, but was later scrapped for impracticality. 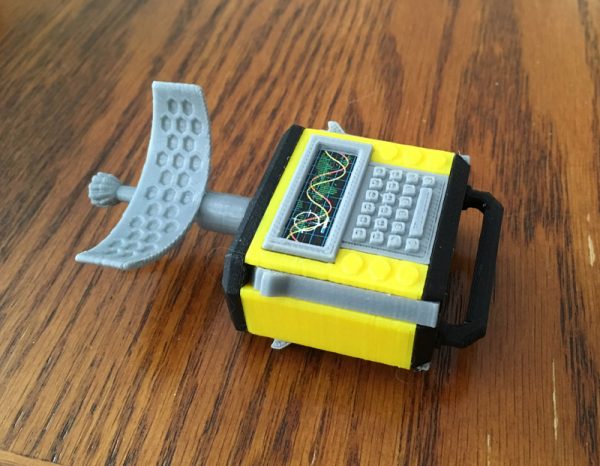 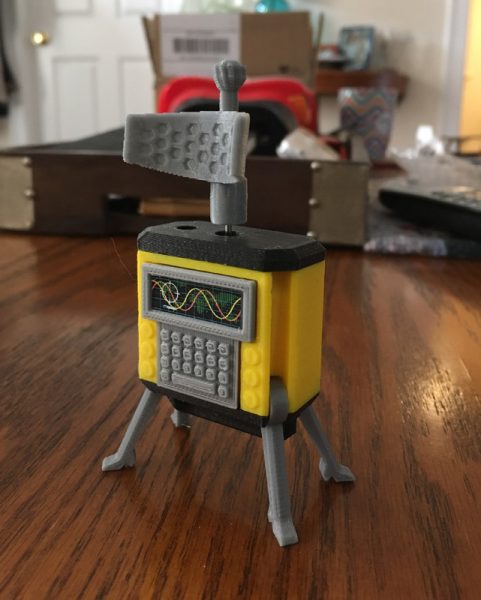 And here you can see the early legs also allowed various angles: 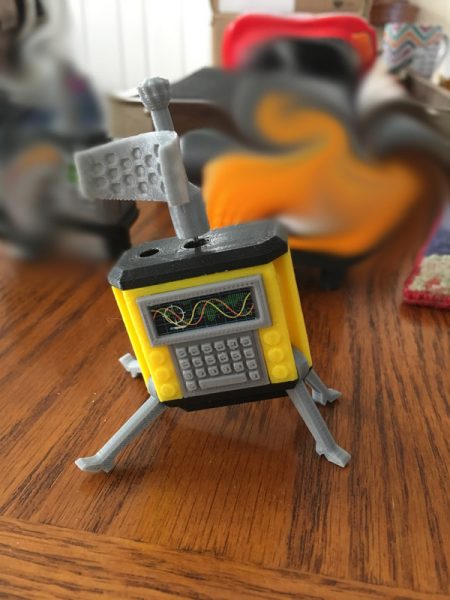 (Note the blurred items in back are prototypes I’m not yet ready to reveal, printed in prototype form.)

So here is the final backpack Mobile Motion Detector.

Part-way removed, showing the dish snug against the body side: 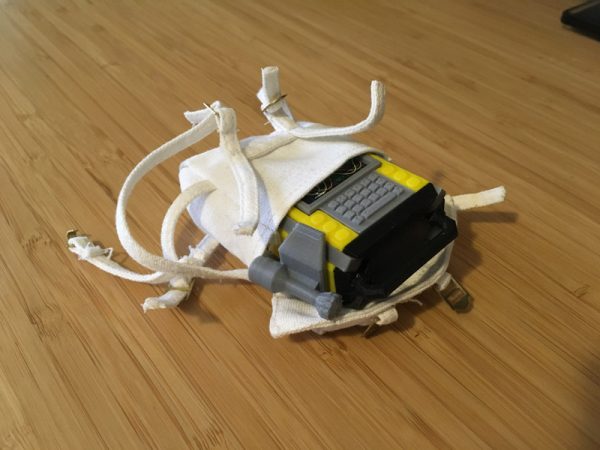 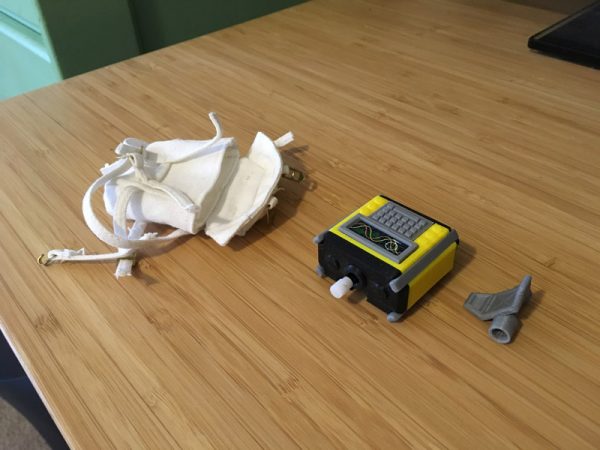