Tintin is a world-famous cartoon boy detective. He’s been in print for decades and probably for Americans is most known for the recent Steven Spielberg CGI movie, but that movie didn’t do terribly well because Americans were unfamiliar with the character.

One of Tintin’s books is called “Destination Moon” and was a favorite of mine. It was a two-parter, continuing with “Explorers on the Moon”. 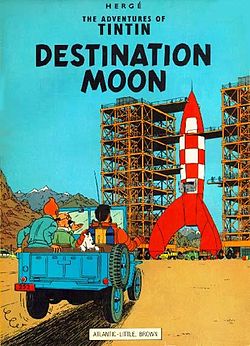 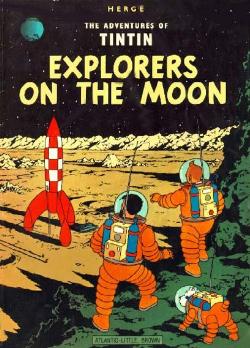 Both feature a huge red and white rocket.

Over on Thingiverse, elk published a 3D version of the rocket, built in 12 parts of interlocking red and white.

This is today’s print. Scaled at 1:1 as it loaded in, I was able to print all seven of the red pieces in one single print run.

Tonight I printed the five white pieces and complete the model.

The model called for a metal threaded rod and a bolt, but who needs it when you have binary epoxy resin?

Here’s the finished product standing next to a die-cast blue Jeep (from the same books) carrying Tintin, Captain Haddock, the Professor and Snowy. The rocket makes a wonderful companion piece! 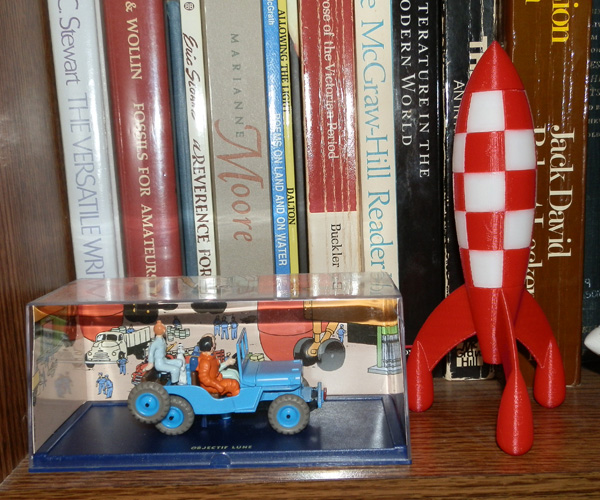