Greg at Cotswold Collectibles wanted to adapt my Surveillance Drone for a new adventure set to go with his Adversary series of figures. These would be the villains working against his Explorer Team, in essence, the villains that the original Adventure Team never had in reality, but people always wanted, (and the Invaders just didn’t quite cut it.)

Greg wanted to turn the peaceful Surveillance Drone into some kind of weapon. Stolen from the Explorers, the Adversaries reverse-engineered the tech, and added some powerful weaponry.

I didn’t want to change the overall design, but repurpose some elements. I left the body of the drone alone, but updated the interior hub and struts to be more hard-edged and practical, less elegant. But with the same function. 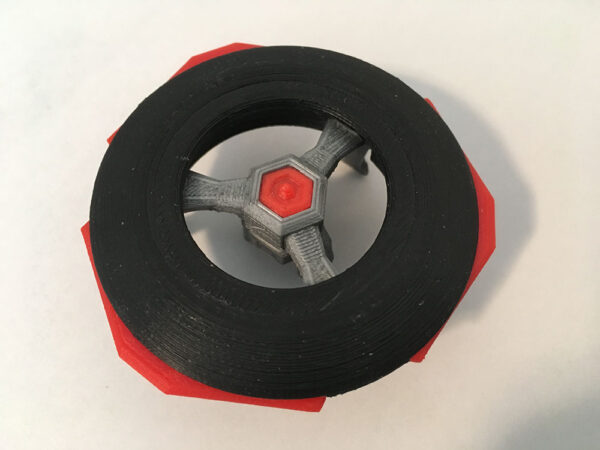 However, I figured the Adversaries cared less about cool features like folding legs, so I created fixed legs instead that could accommodate the weapons that would replace the camera underneath.

Below is an early concept for the landing legs, but I found them too bulky. 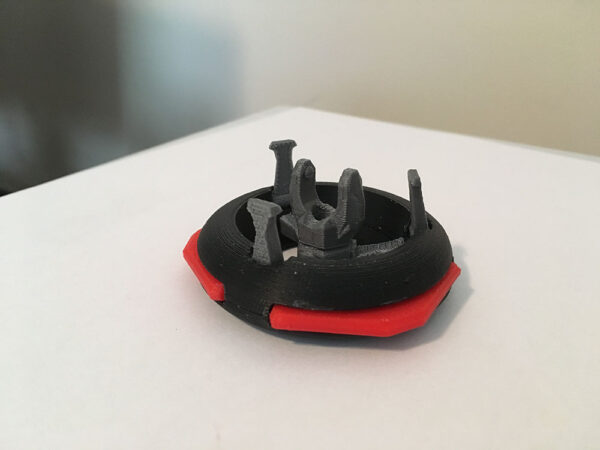 Instead I went with a thinner, more angled leg.

The Adversaries still used the rotary system, but now instead of a camera, there was a rotating fork that could hold either a powerful attack laser, or a small missile. 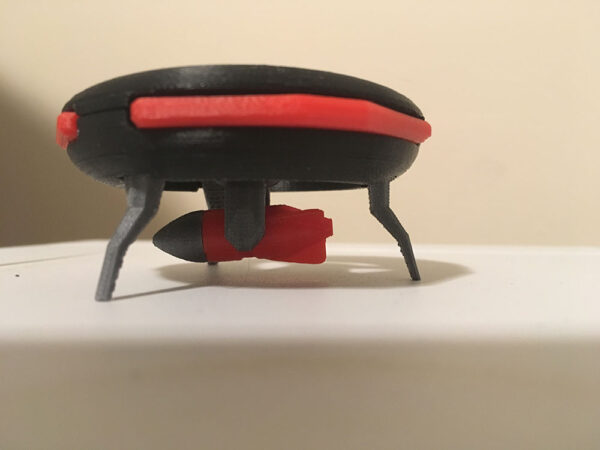 Each clips to the fork, and can tilt. So they achieved the same range of rotation, but for less peaceful purposes than a surveillance camera.

I updated the sensors around the body to be more angular, and printed them in the red/black/silver of the Adversary theme. And provided a red control cuff.

Cotswold sold this as a weapon set for their Adversaries.