RACCS came from an idea by Greg Brown at Cotswold Collectibles. 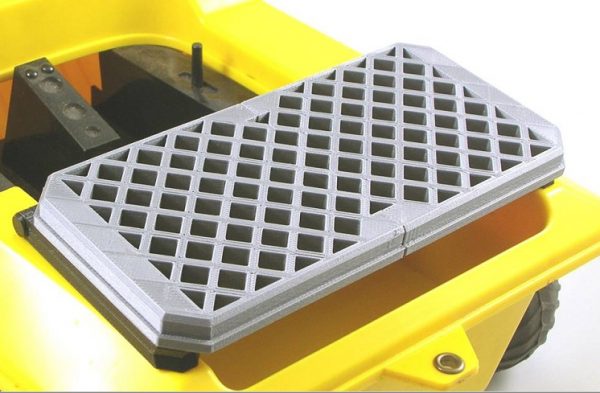 I mean I come up with some great ideas for toys, but Greg often beats me to the punch. He is single-handedly making the toy collecting industry better every day.

When I made my Flight Pack originally, I had created a mounting system for the GI Joe Adventure Team Vehicle. That vehicle has a cargo bay with tab eye system for slotting gear on. It originally came with a winch, and later, it could mount a swamp boat, and even this massive radio system for the Trouble Shooter. 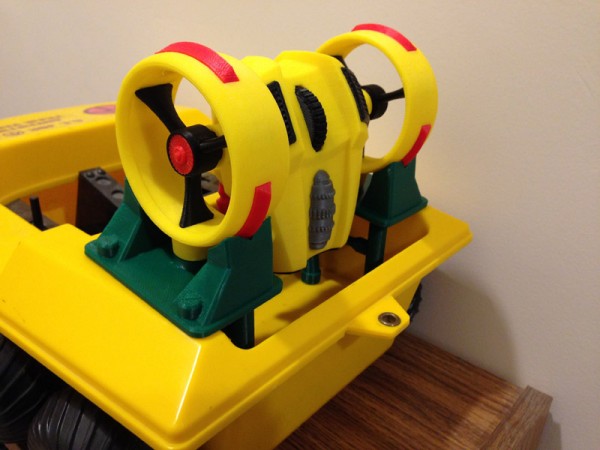 Greg liked the Flight Pack mounting system, but it was too specific. He envisioned a multi-use rack system that could slot components on. The idea being we could slot a winch on, or a radio, or several components at the same time. So I set to work designing a platform that would fit on the ATV exactly like the winch did, but with a grid pattern on it that could hold new components we would create for it.

It was not an easy job. My printers only have a 5″ x 5″ x 5.5″ print volume, and the ATV’s cargo bay spans nearly twice that. But that gave me a great idea. I could slot the platform together out of two separate, identical, symmetrical pieces, to form one smooth platform.

So I set out with sketches, and created a rack platform that slotted into the ATV’s slots firmly. But Greg wanted more. He wanted it to lift like a car hood, to reveal the cargo bay below. 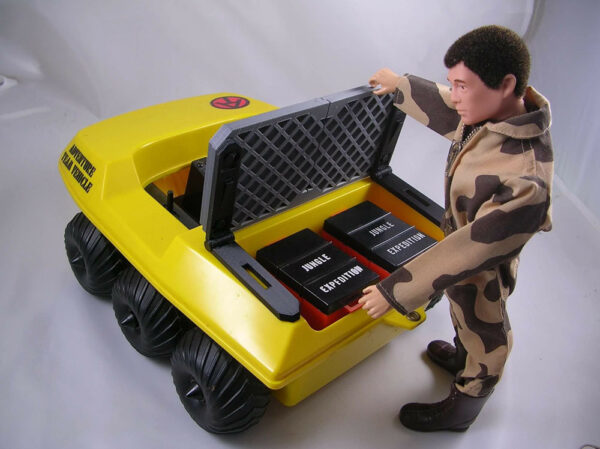 I even created a biased angled hinge that, when slotted in, left the platform level. Because the cargo section of the ATV is actually on a slant. It could work either way.

A very simple, symmetrical component, made of only two parts per piece, two pieces, sold with the original RACCS platform. 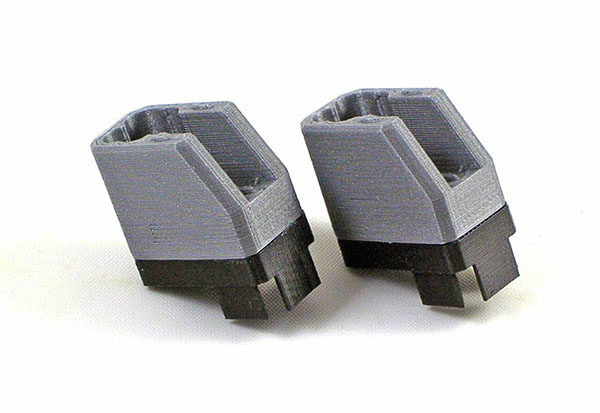 The two pieces fit into the grid of the platform at the extreme edges, and Mike Power’s copter blades, rotated together, fit perfectly within the cylindrical gaps meant for them. 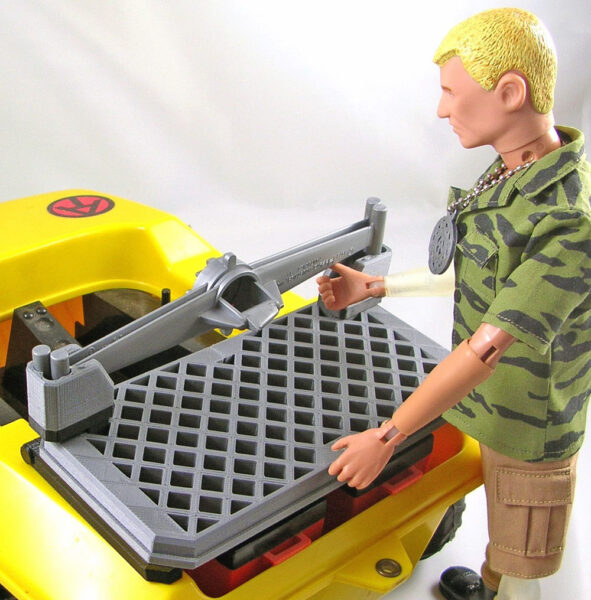 And, by design, there is plenty of room left on the RACCS for more gear.

I made a blueprint of the RACCS which serves as an instruction guide, but also a nice extra for the toy. 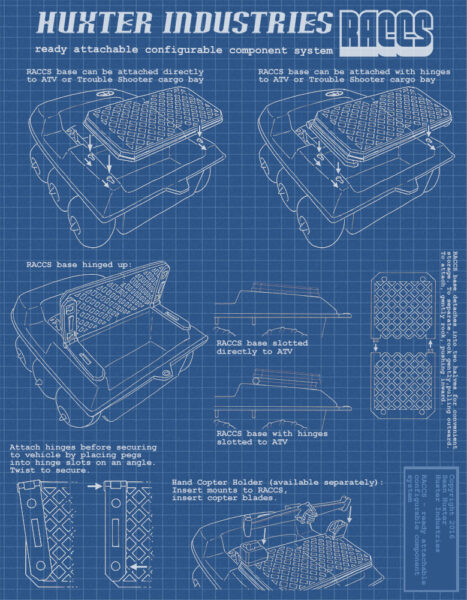