Having already created the Surveillance Drone, we wanted to create a mount for the RACCS platform that could store two drones for immediate deployment in the field.

When I originally created the Surveillance drone, it was a little larger, and I created a special rack for the ATV that snapped into the cargo bay, and was in fact based on the rack I created for my Flight Pack. This one would hold a drone on a swing arm, so two drones could store in the cargo section, and then rotate outward for deployment. 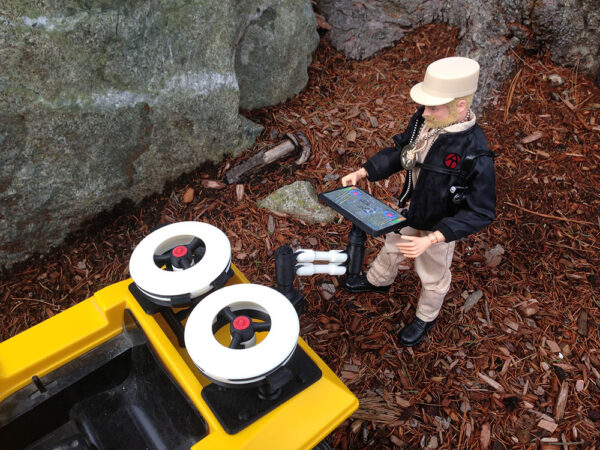 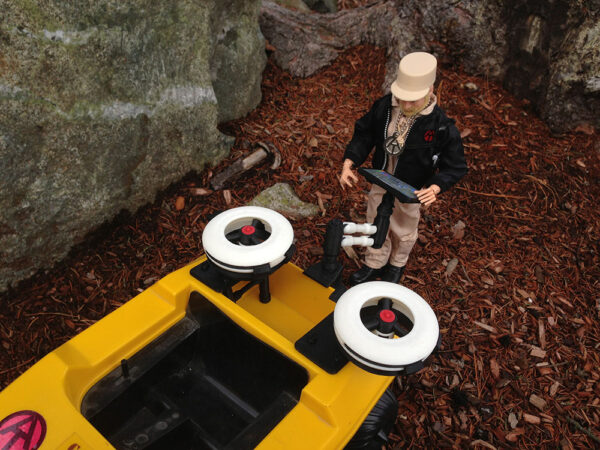 This was too specialized, and we wanted a RACCS system that could carry two drones on the RACCS platform. To make it work, I created a base that holds two drones vertically, like a toaster. 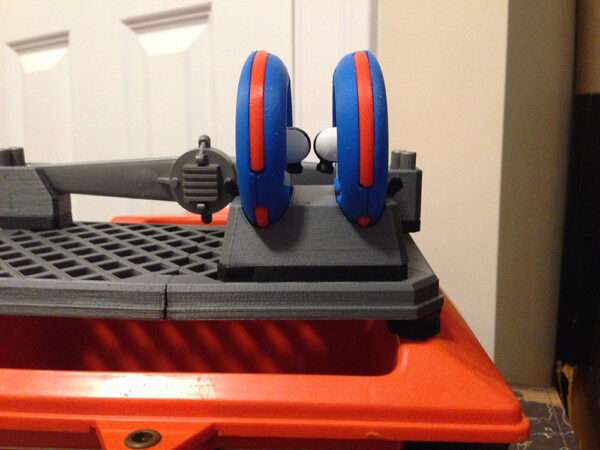 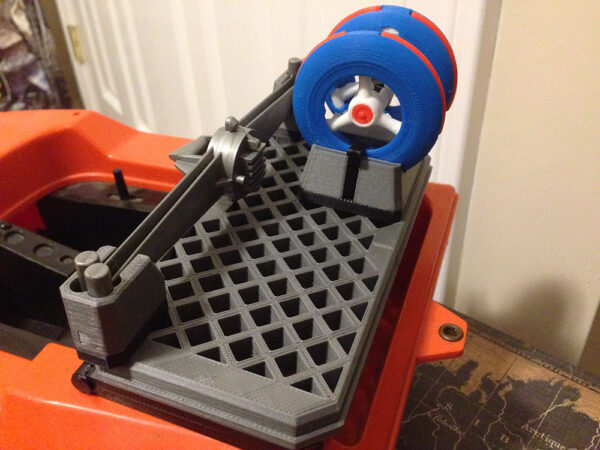 To secure them to the base, I created a clasp that clips the drone down, locking them into place.

This component was supplied with blueprint/instruction sheet: 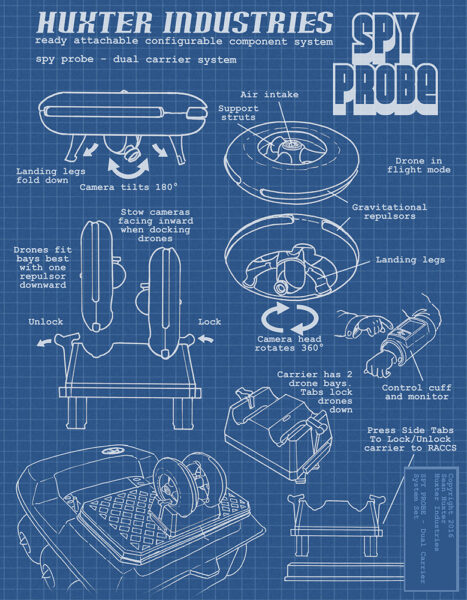