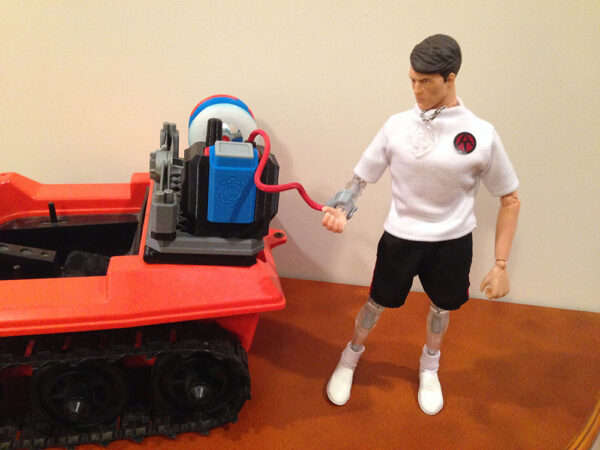 Mike Power has always been a favorite of GI Joe Adventure Team fans. Mike Power, Atomic Man, came out around the time the Six Million Dollar Man was becoming popular. Hasbro created their own cybernetic adventurer, with a clear arm, clear legs, and an eye that would refract light from above, to make it seem to shine.

The arm had a gear on it which rotated the wrist and Kung Fu Grip hand. This was useful since they supplied him with a copter blade that could then spin, giving Mike a neat way to fly around.

But he needed a way to charge up during a mission. RACCS to the rescue!

Greg asked me to design an Atomic Man Charger for his Cybernetic Explorers, one of the Cotswold line of Adventure figures. And the GI Joe Collectors Club had created a new updated version of Mike Power too, so the time was perfect to create a piece of gear for portable charging. 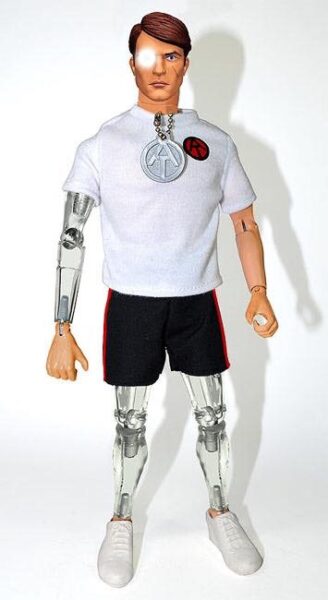 I wanted this Charger to resemble the Trouble Shooter radio system that fits onto the Trouble Shooter ATV. That unit had a heavy heat-sink device with pronounced vanes of metal to leach heat away from hot electronics inside. You can see that component on the right in this picture:

So I knew immediately, I wanted the Charging unit to look like this, complete with the post. The post could easily be used to store the wrist cuff needed for Mike to charge up.

But I knew we could do something more clever.

I created a two-piece system. The larger piece could be carried on the ATV on a RACCS platform, while in the field, Mike could take away a smaller charger with him for remote emergency charging. 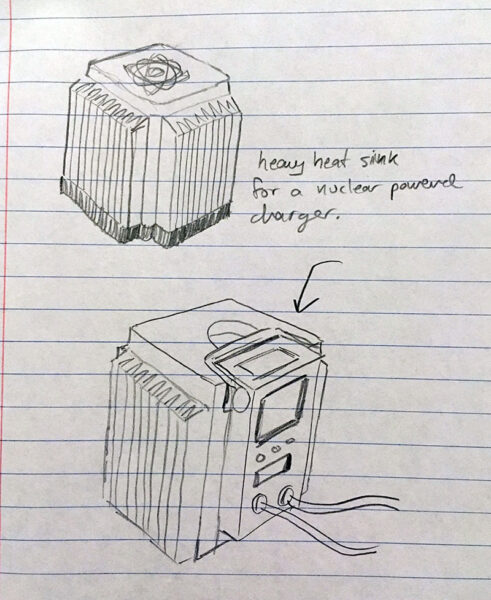 This smaller charging unit would slide out of the main unit, and have its own charging cuff, somewhat smaller, stowed on the unit itself. The unit would be carried by a swinging arm that stows away when docked into the larger station.

The smaller unit clips to the larger one securely using a spring clip in the base unit. You can see the slots on the smaller portable unit meant to slot onto that clip.

(^Here, an earlier version that didn’t go all the way up.)

This then fitted onto the RACCS system using the spring grip system I created for this device, which I have used in several RACCS components now. 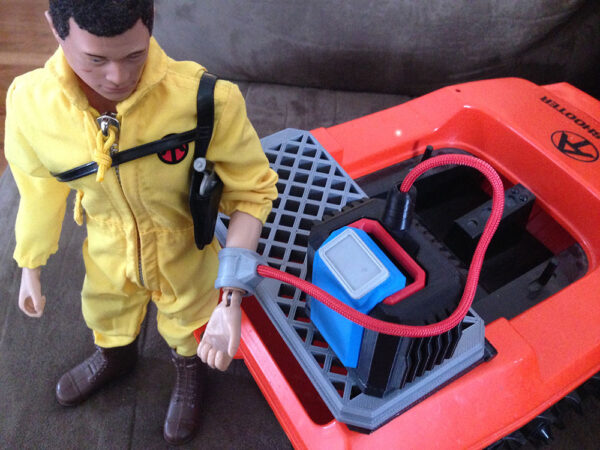 The charging cable is red paracord, and stows into a space inside the main unit. 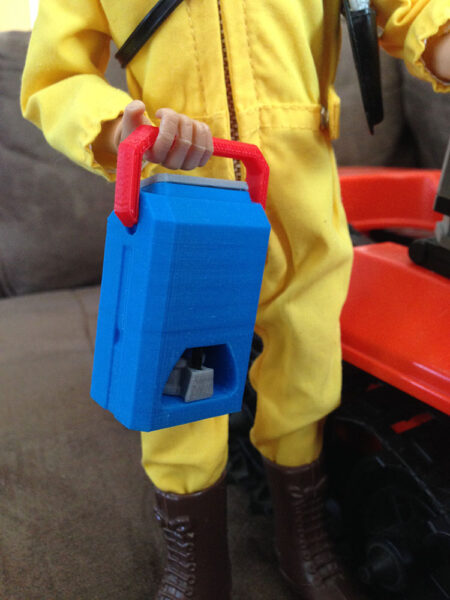 Meanwhile, the smaller cuff is attached by a black cording cable which stows away inside the body of the portable unit, and the cuff clips to a cylinder at the base. 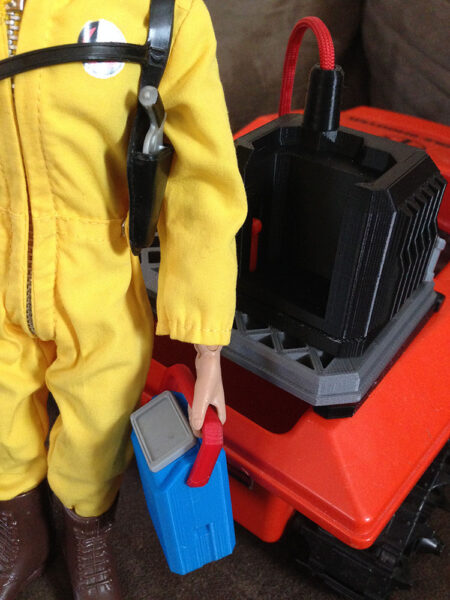 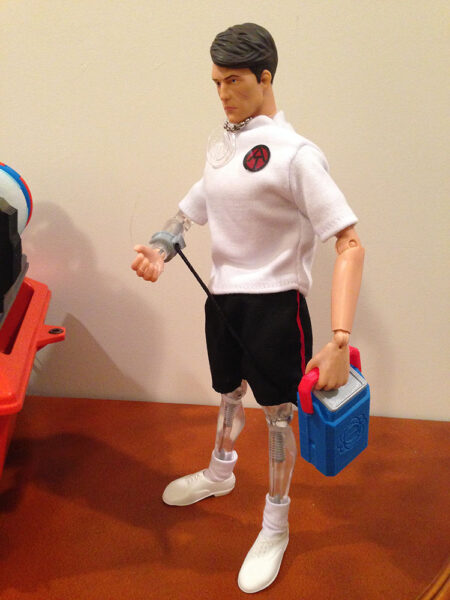 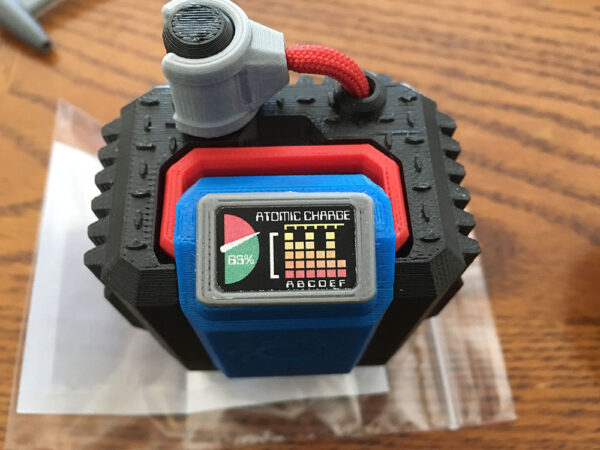 The completed unit with screen sticker. 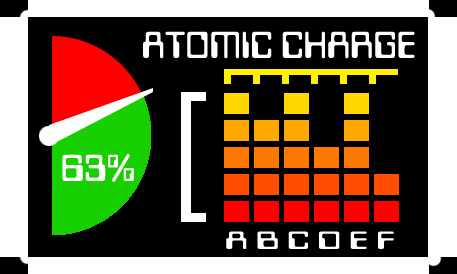 I made a blueprint as an instruction sheet/blueprint to go with the toy. 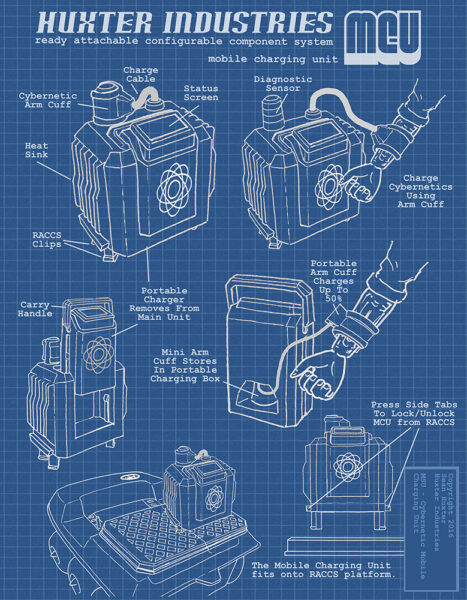