After the Cotswold Commission (30 Heli-packs and 25 ATV Racks) my next project I promised myself was to open up an ETSY store and see what sells, and how I can manage the sales, given only two printers and only 24 hours in a day, a lot of which I spend working and sleeping.

Well, I’m going to try it. For now, here are some items I will be putting up. The costs I put down here are likely going to be larger than these, but I thought I’d see what they look like anyway, just for my eyes. (I will edit this later.)

This rocket is about 8.25 inches with engines deployed, and 6.5 with engines stowed. This one has four articulated engines that swing out. Glow-in-the-dark canopy. 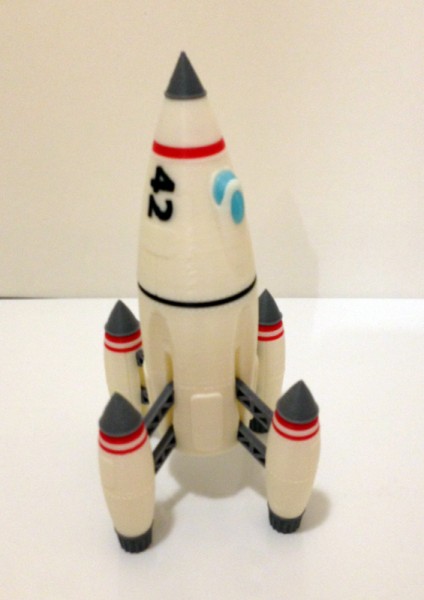 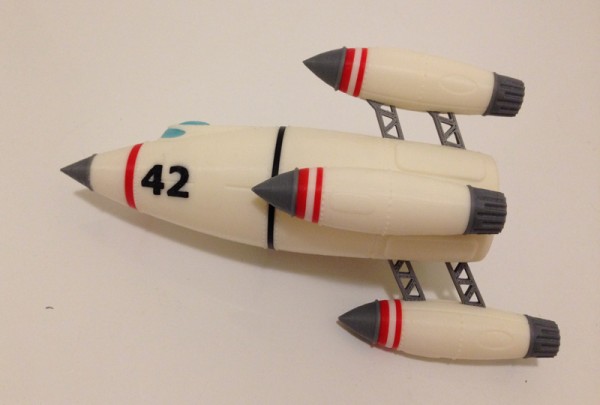 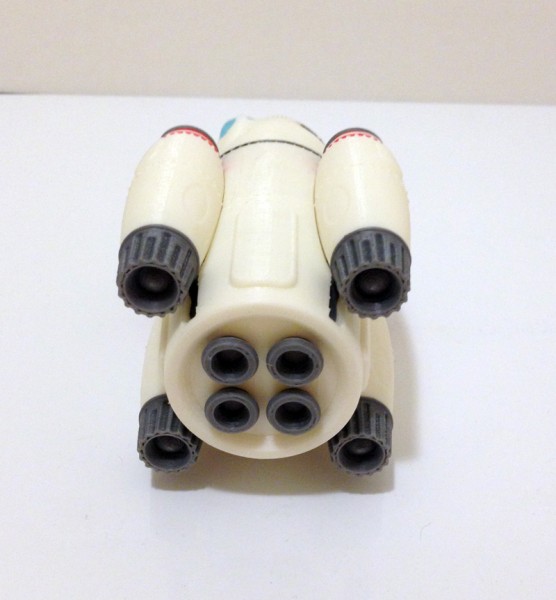 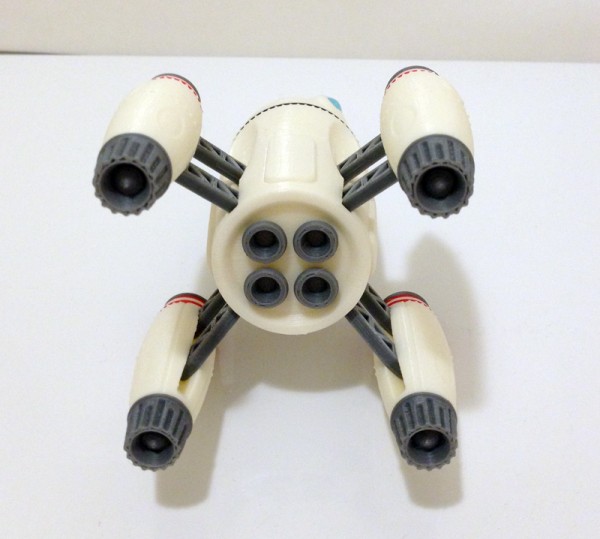 This was the first of my odd concept rockets. I was playing with shapes and tried to come up with something elegant and royal, and would fly, but no one had seen before. 8″. Glow in the dark windows. 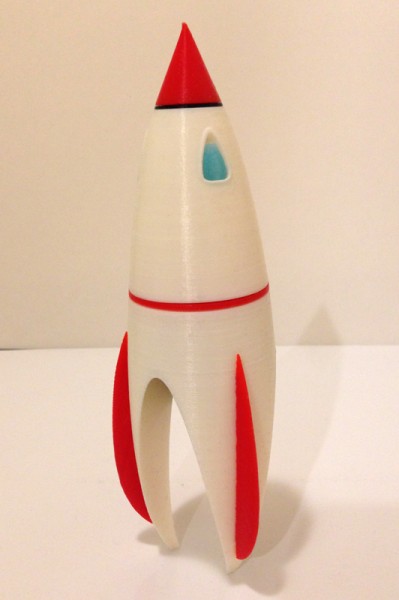 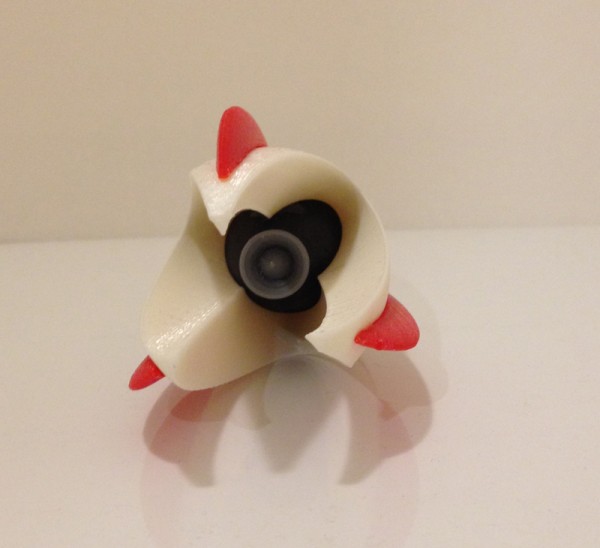 An odd concept that came to me one day, and I just wanted to see how it played out. 7.75″. Glow in the dark windows. 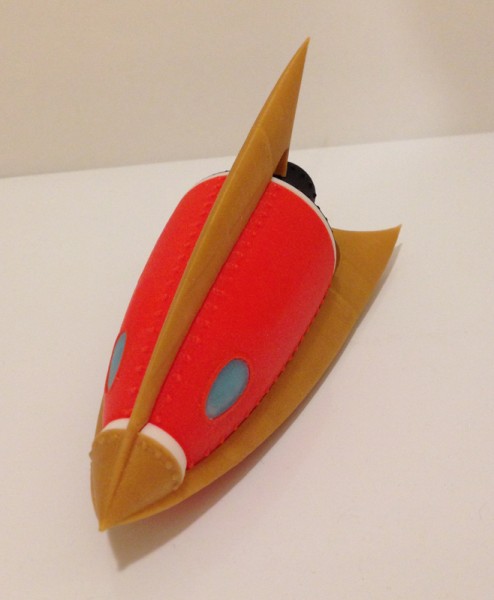 Another odd concept I wanted to try. This one has an engine intake inside the body, and a ring rear. Unique in design. 7.75″ 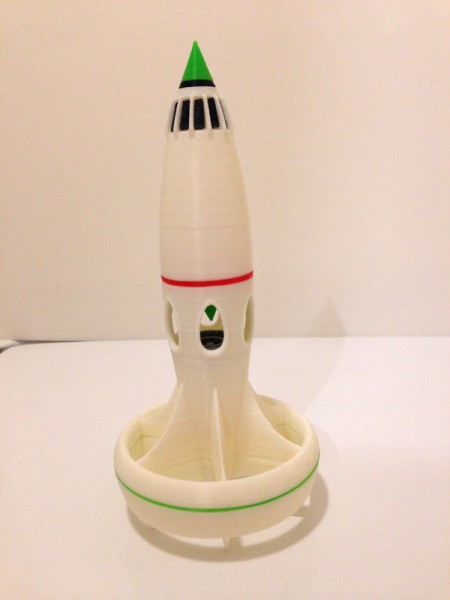 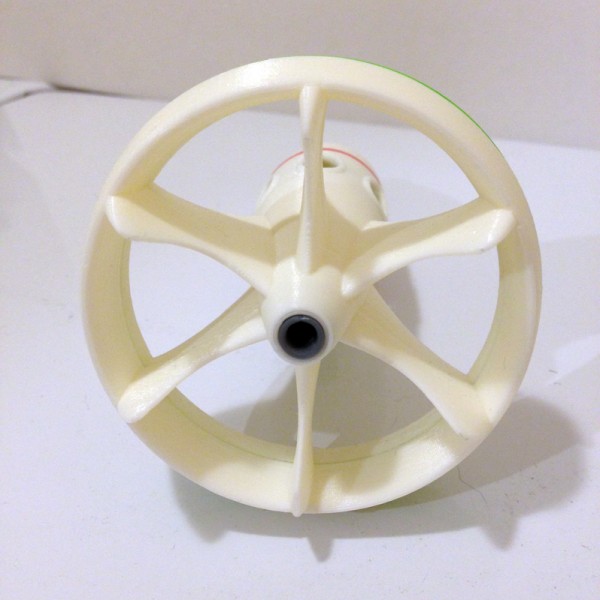 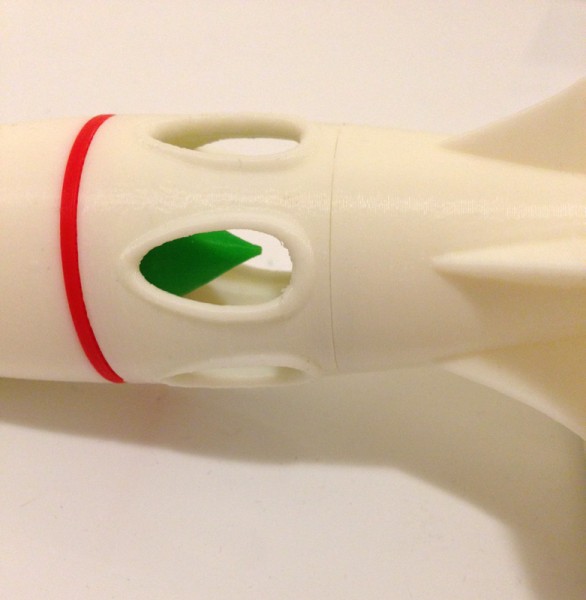 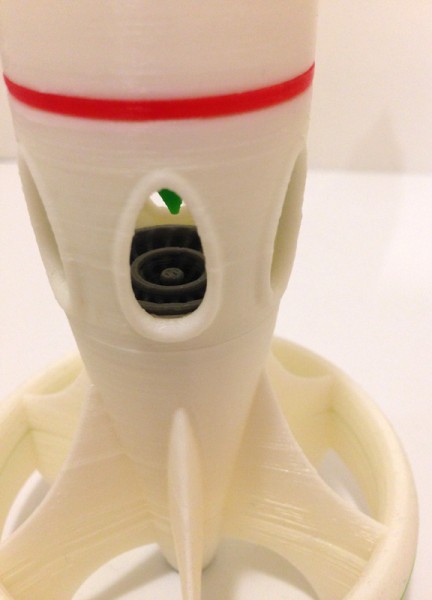 My favorite. Elegant, simple, truly captures the retro design aesthetic that I love. Could be right out of a 1950s Sci Fi movie, but entirely my own. 8.25″ 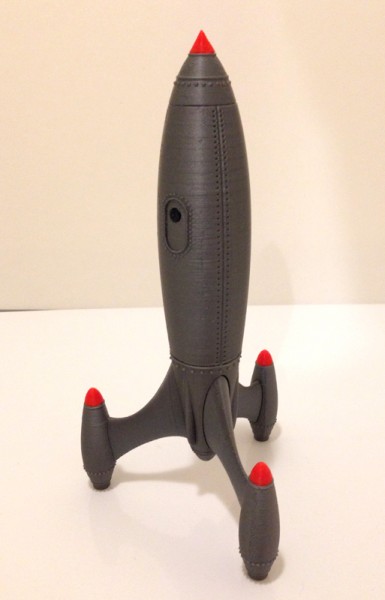 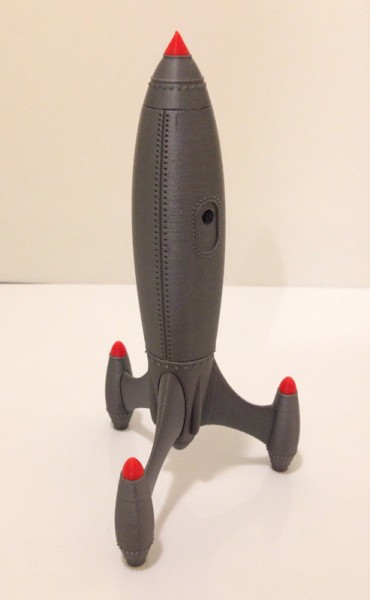 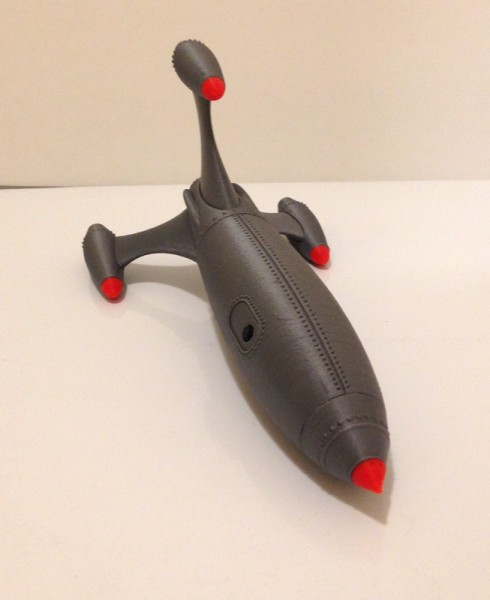 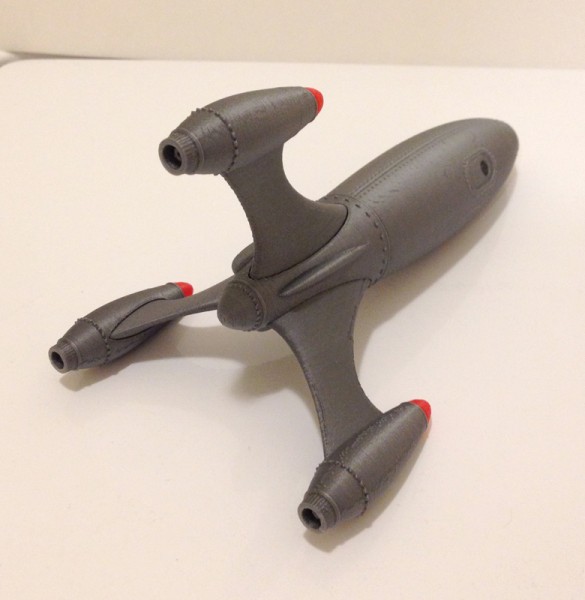 My first rocket. Modeled after a sketch on a Father’s Day card my daughter gave me one year. I loved it so much I kept it, and when I got my 3D printers, this was the first rocket I modeled for it. 5.75″ 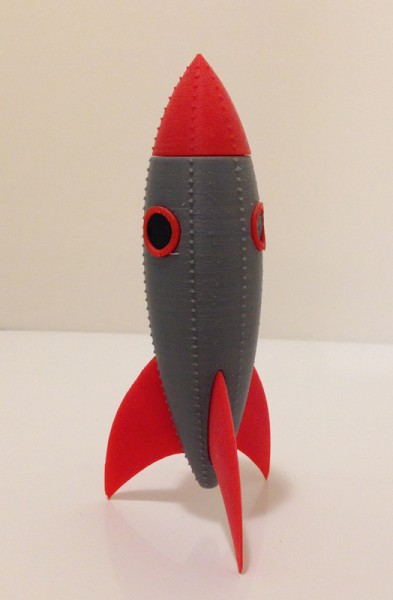 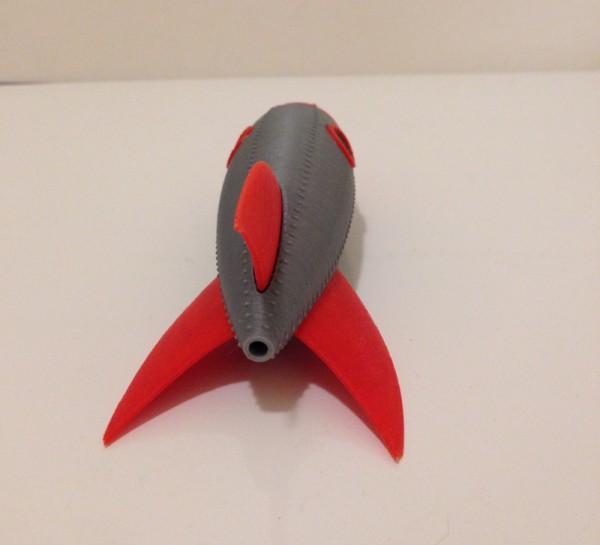 Funny story. A friend with a Corgi wanted me to model and print a Corgi with a jetpack. I did. Later, I took the rocket elements from that jetpack and modeled this rocket. 6″ 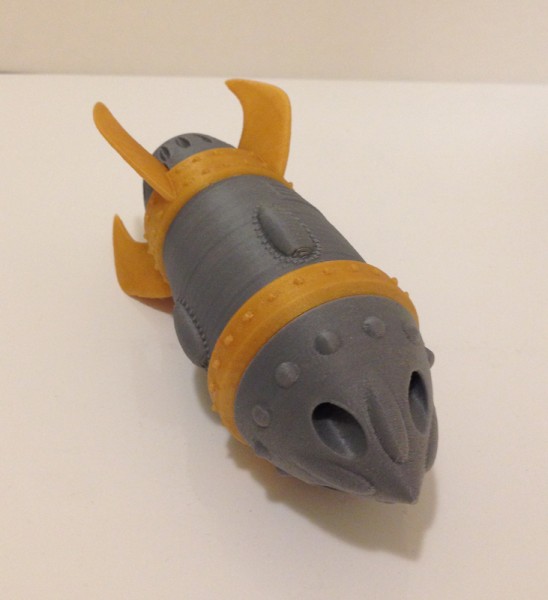 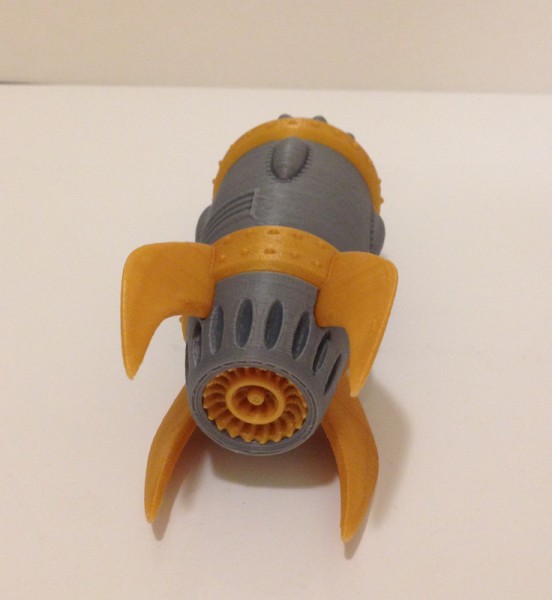 Modeled after a T-shirt I have, this rocket was one of my first forays into rocket modeling for 3D printing. 5.25″ 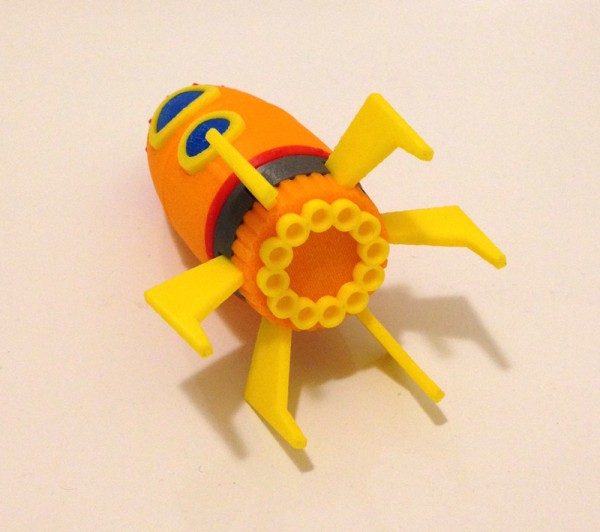 Based on a photo sent to me by a fellow modeler, this is a new rendition of what I call my Oddity rocket. Nice contrasting red with a turquoise blue and silver fins and struts. I use a sewing pin for the tip antenna. 8″ (8.5″ including antenna) 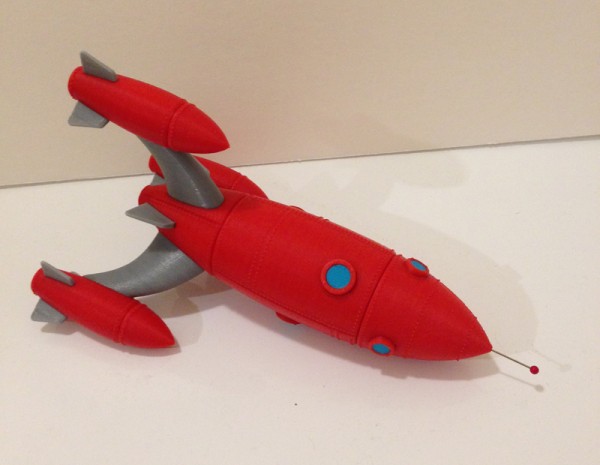 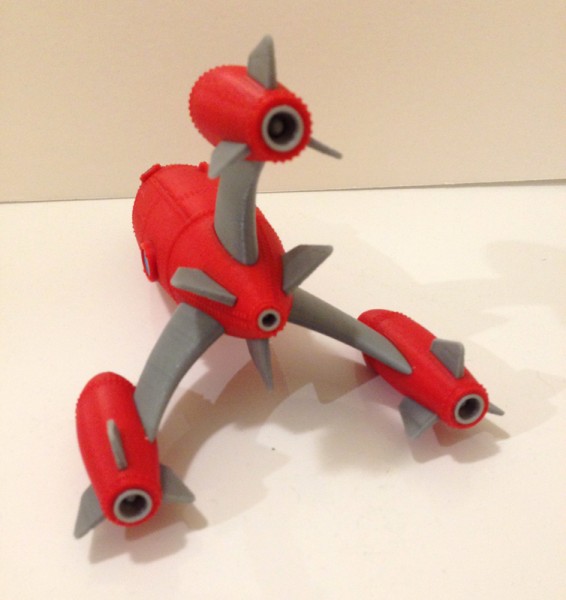 A very simple child’s toy rocket from the Sputnik era. 7.5″ 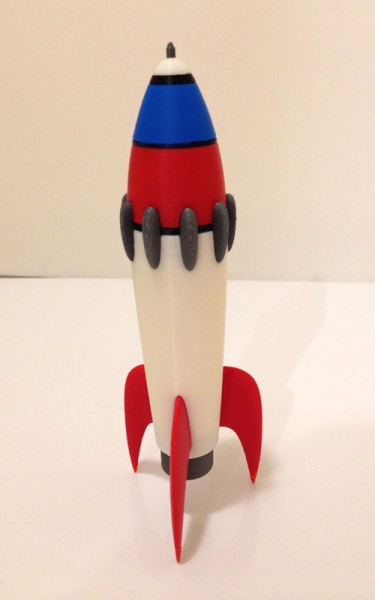 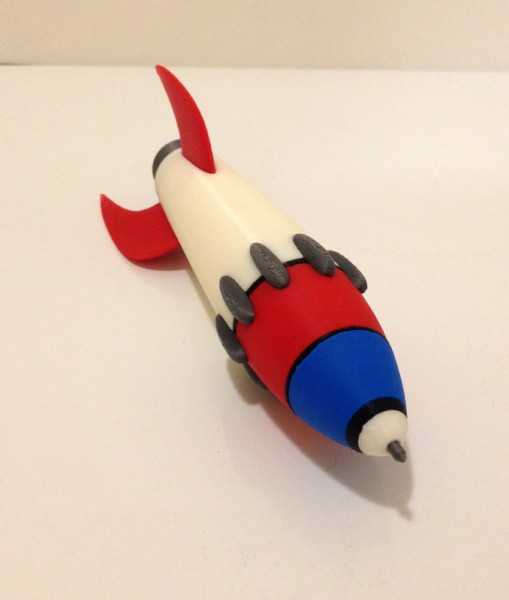 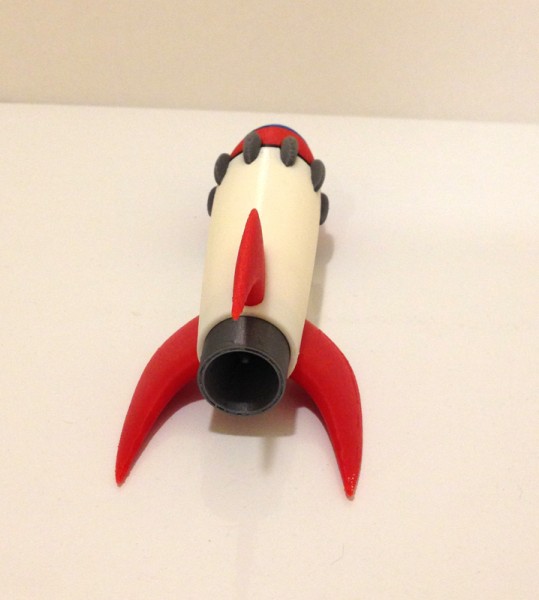 Another design that harkens back to a simpler time of 1950s Sci Fi movies. This one has a cockpit and a sewing pin for an antenna. 8″ 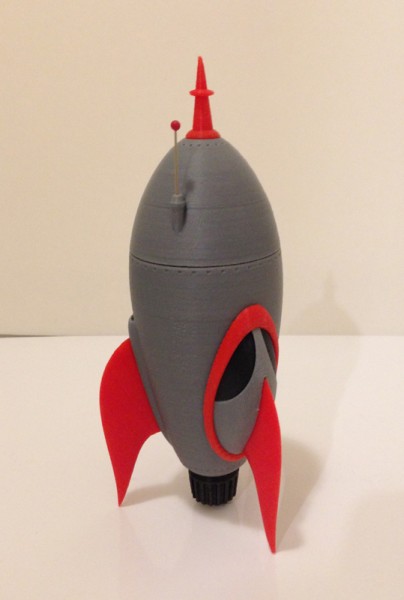 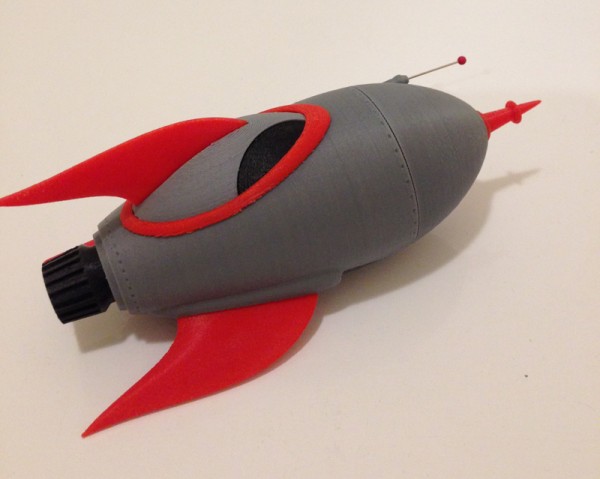 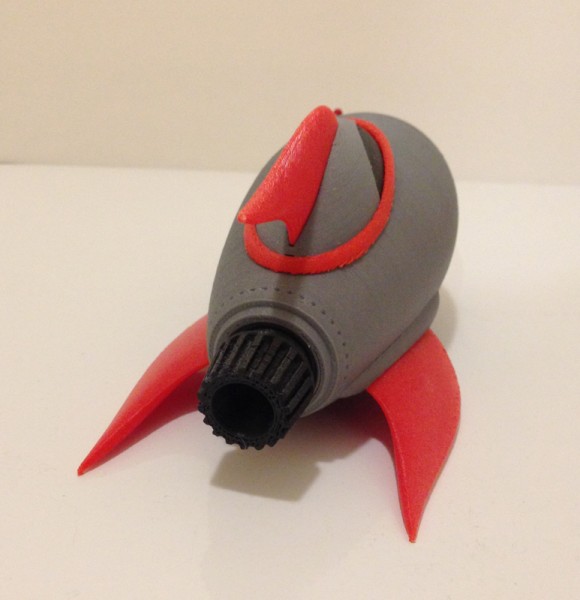 A rocket taken from a simple sketch I saw, this one is meant to be a racer. Glow-in-the-dark blue canopy, bright bright orange with white stripes. 9.5″ 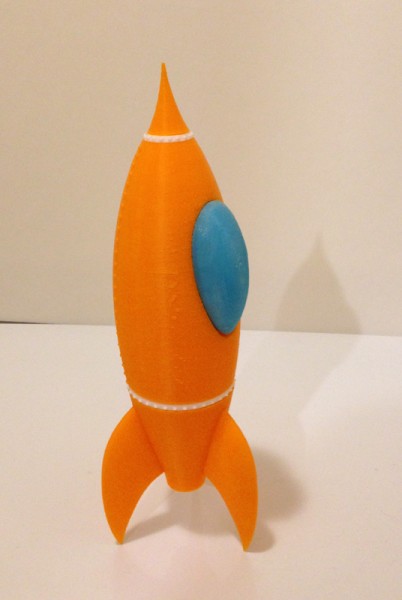 These are a few of my UFOs, some of which are meant to be modular in design so you can match different tops to different bottoms.

These will be going for something around $25 – $35 each depending on features.