Following the Heli-jet (Cotswold’s name for my Flight Pack) Greg wanted a wing pack. That was a great project! I wanted it to have swing-wings, which folded down, and gear them in a way that folds both wings by rotating just the one. 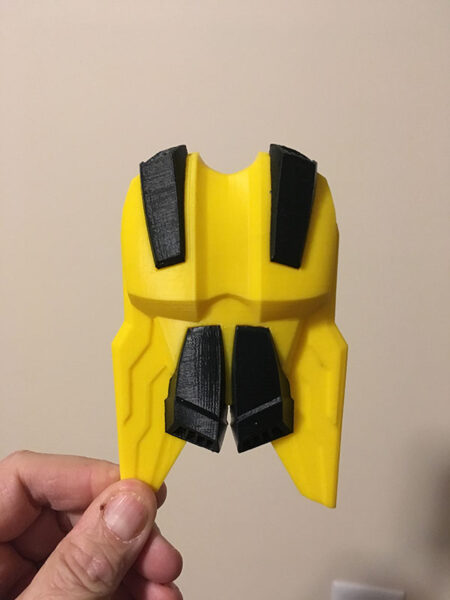 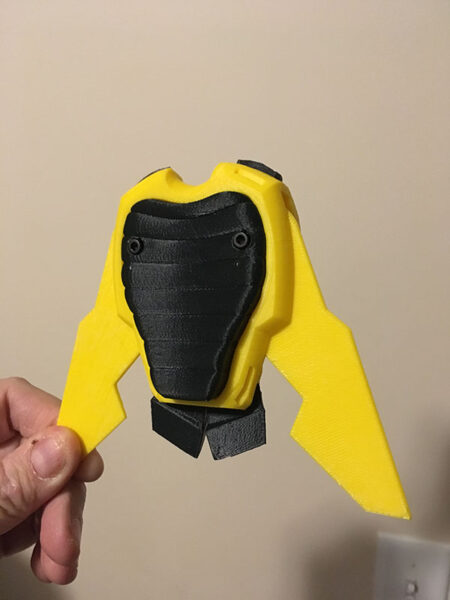 I created a whole new body, but with the Flight Pack’s body in mind, I made it slimmer, smaller, but it uses the exact same backpack strap system. I made new vents and jets, and added holes in the wing tips to put in semi-translucent lights, green and red, to conform with flight standard wing lighting.

While my Flight Pack had two joysticks for flight control, which evolved from a hard harness of the original design, but would have been impractical for sale (too fragile), the Swing Wing didn’t need two joysticks. In theory, you can control the entire flight system with just one joystick, so I went with a single. 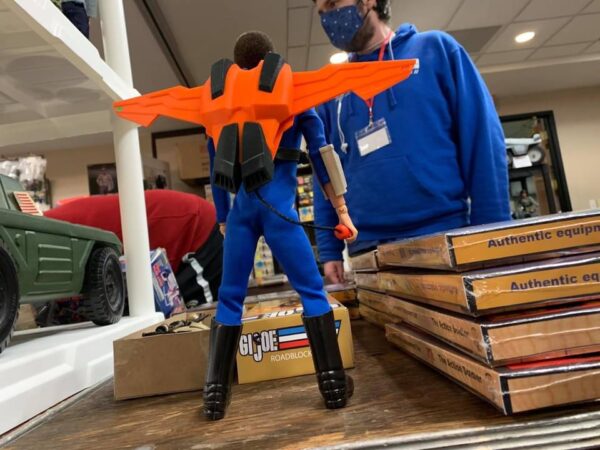 Here, you can see the harness in place, on two SWIFTs, orange and yellow. 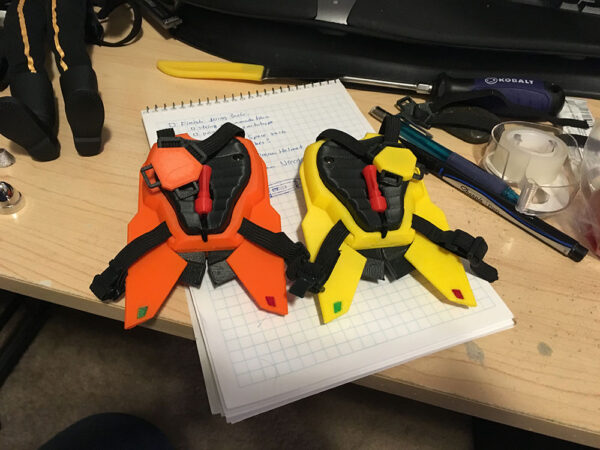 The joystick stows into a gap in the padded back cushion. The cording that works as the control cable stows in a void in the body.

This Strap Harness System is a bit clever. It uses no sewing whatever, and a single continuous length of elastic that threads through the entire pack, and includes strap adjusters and clips, and a removable chest piece cap for color variation and customization.