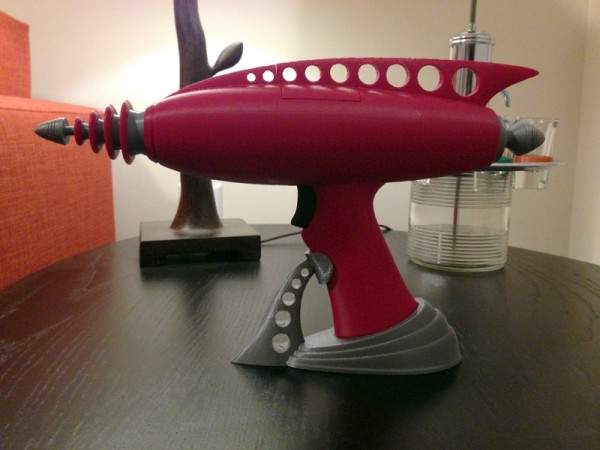 It all started with this, one of the most elegantly-shaped things I’ve ever seen in a museum. At the Peabody Essex Museum in Salem, MA, an exhibit came by of retro-futuristic design. This item really struck me. 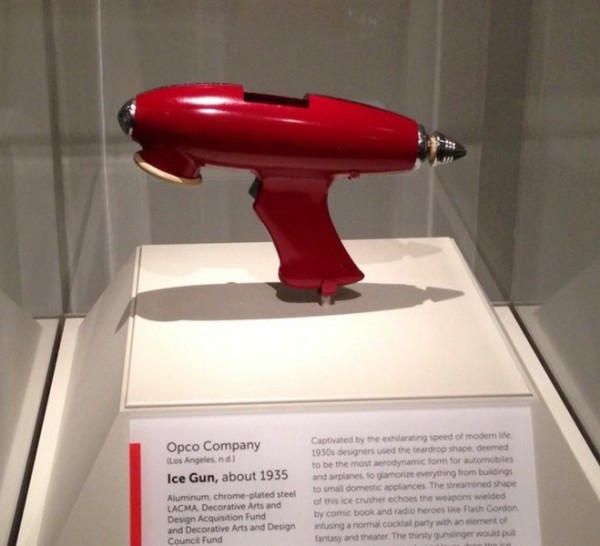 From this I created a very closely-contoured version and did a test print. I modeled it way too big. But here it is, without alteration. The aperture at the top I made a cap for but it’s not shown here. That cap will eventually have electronics, hopefully. But for now, it’s just an opening. 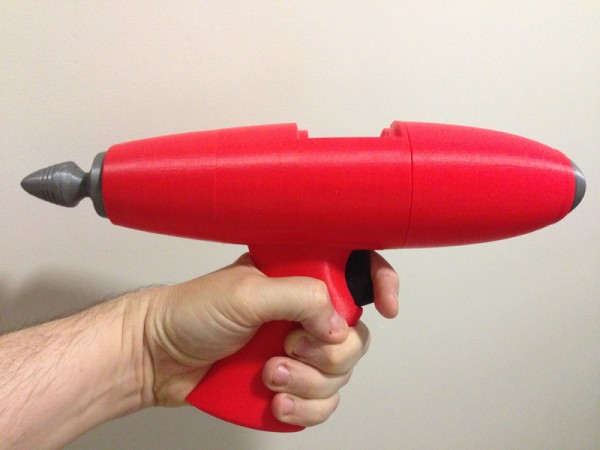 This version has a spring in the trigger. Eventually I would use magnets.

I decided I would keep this version, but I also wanted to see where I could take it in a more futuristic Buck Rogers world. So I added a fin, recontoured the handle to make it fit better, and shrunk it down. I also added a more “ray gun” nozzle. 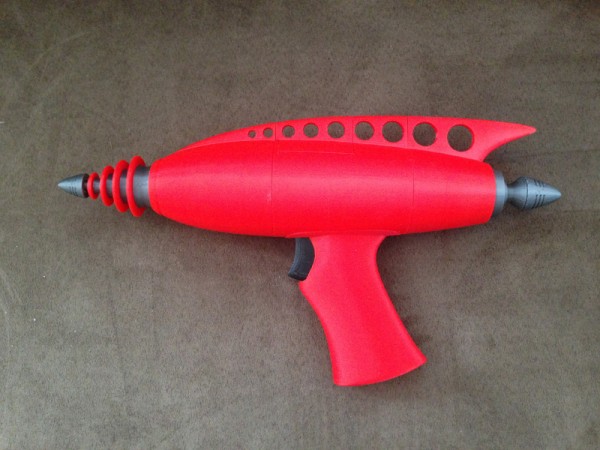 The body is printed in three pieces, and this version is glued together. The plate is still there, but now has a dorsal ridge that fits in line with the dorsal ridge on the other pieces. It fits nicely and snaps off when needed. 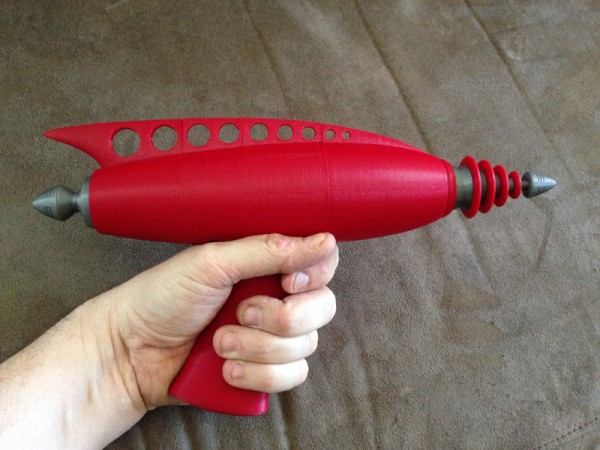 I bought a cranberry red filament (the bright red is nice, but a bit – toy-like.) I printed it at .8 the size of the original bulky one. Fits nicely, and feels great.

I will later show the construction, which shows how the three main body parts are joined by a 1/2″ diameter 7″ galvanized heavy metal bolt and nut. I even printed my own tool to screw in the bolt because a standard socket tool would not fit.

The handle screws to the body with four #4 Black Oxide 3/4″ screws, and the bottom cap of the handle screws on with one of those. The handle has a cap so I can put two carriage bolt shafts in there for weight. 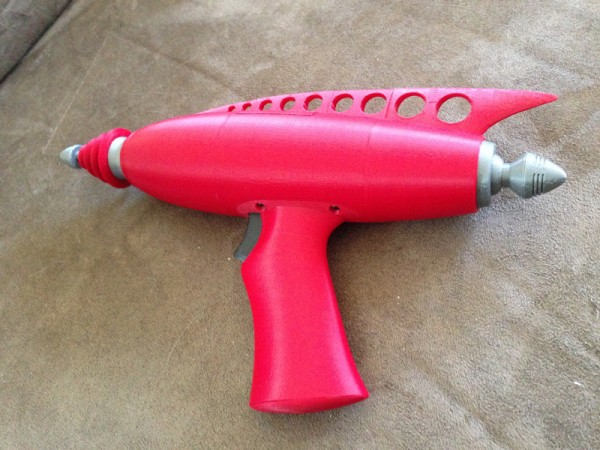 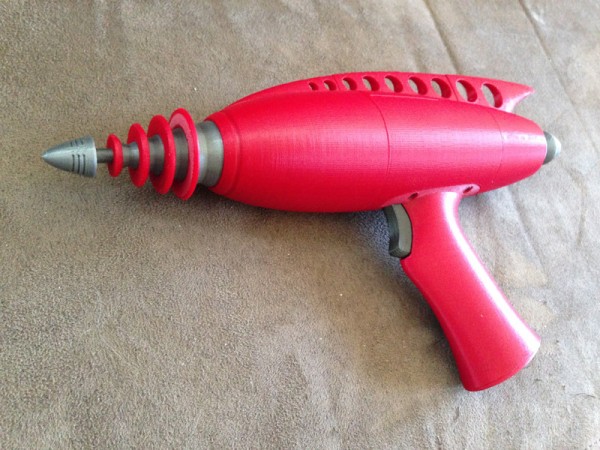 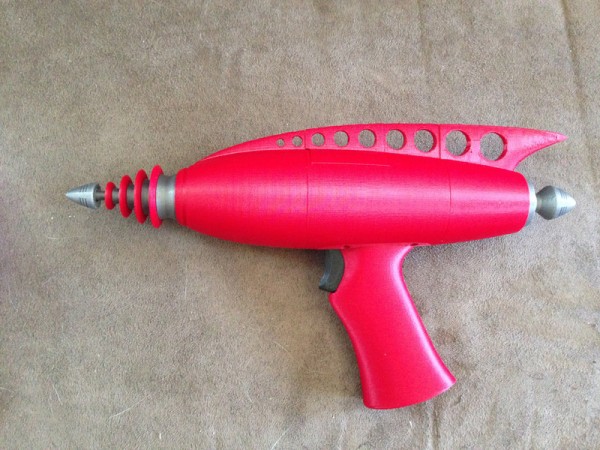 I had modeled apertures for up to four more bolts for weight, but it’s nicely weighted without those.

And for now, in the panel opening I have placed a greeble object, a dummy object covered in nonsense to appear like it’s a circuit board. 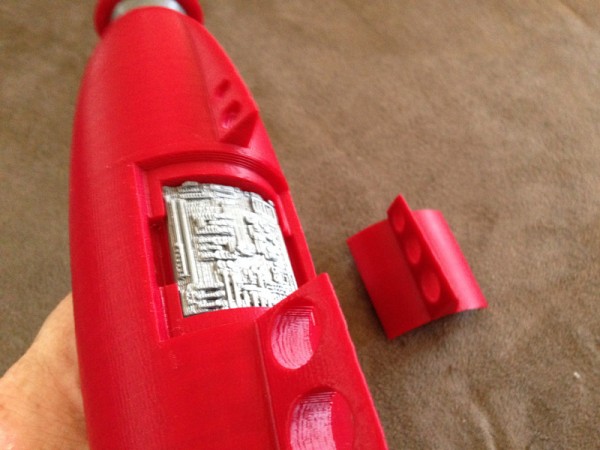 My friend Matt said “Hey, you could probably swap the front and back, and make different pieces that fit.” The apertures for front and back differ, though, and while I could make them match, I wasn’t sure I’d like the new proportions, but the replaceable emitter idea stuck.

I immediately modeled five or six alternative emitters, and I’m quite happy with them. I have one or two more done that I have not yet photographed, but those are variants on these. 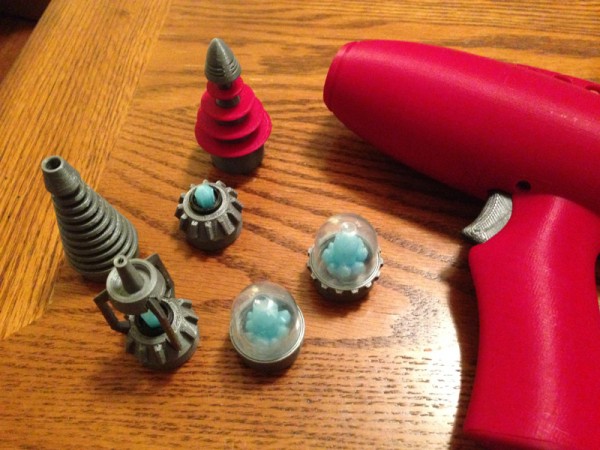 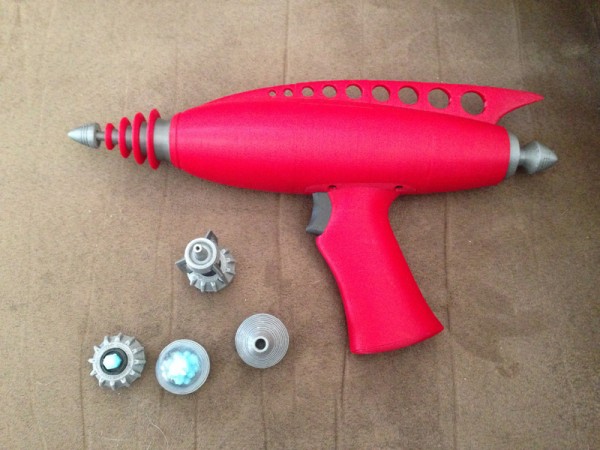 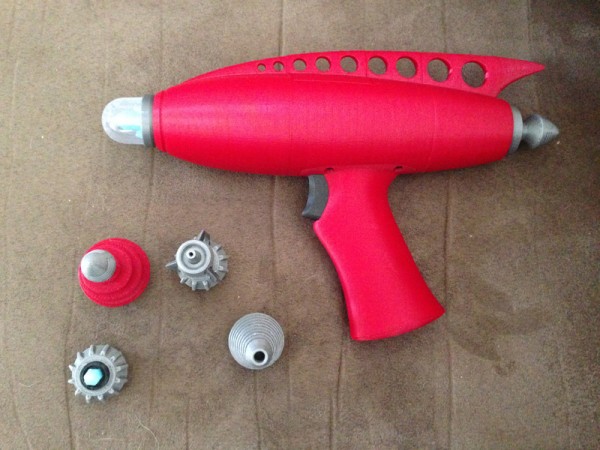 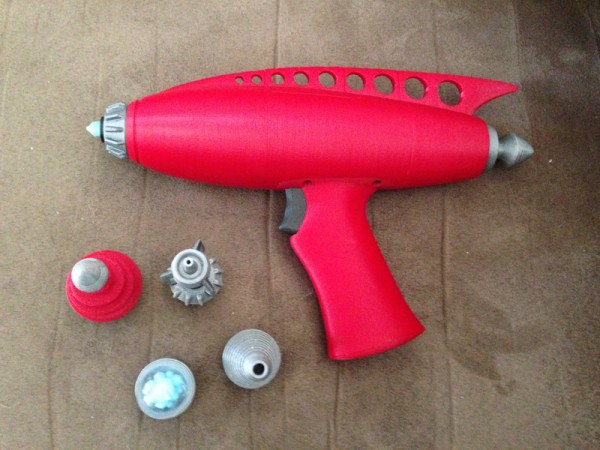 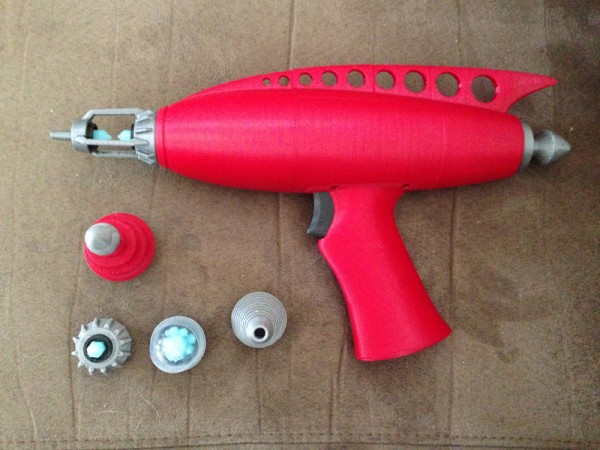 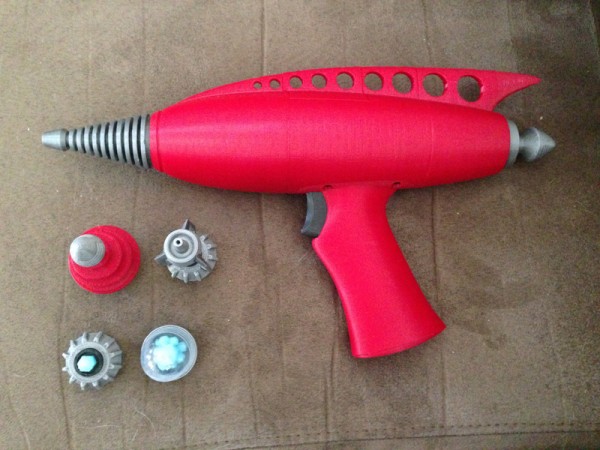