On a display case for Christmas, Target had a number of “Holiday Gifts for Men” this season. One item was a very nice stainless steel Barbeque set for $19.99 held in a very nice aluminum hardshell case. 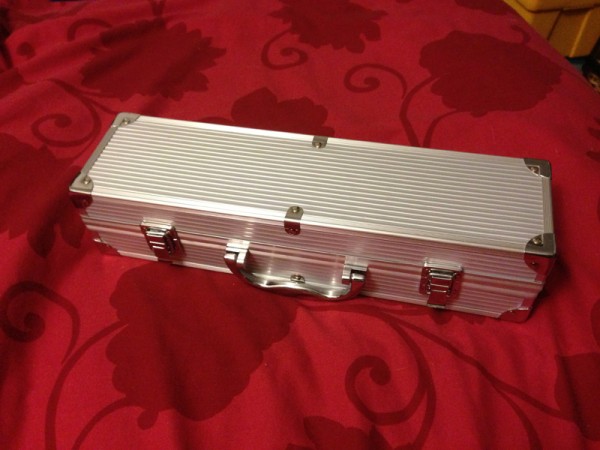 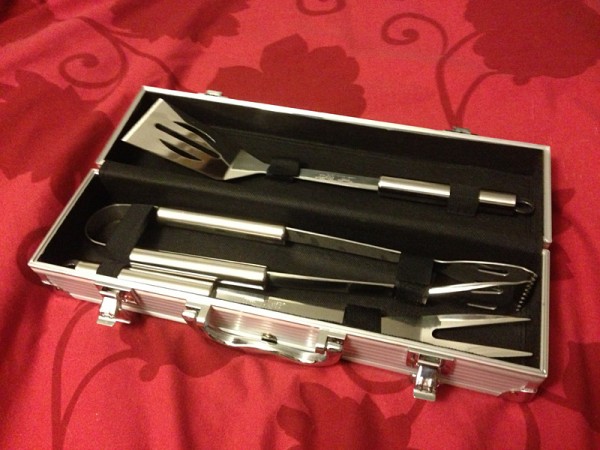 After Christmas, these items began to be discounted rather heavily. I bought two for $11.88.

A week later I found three more for $9.98. I may go looking again next week, but by now unsold items are, in some stores, put in sections appropriate for the item. The Barbeque set may be in with the other BBQ sets if that special section is no longer intact. 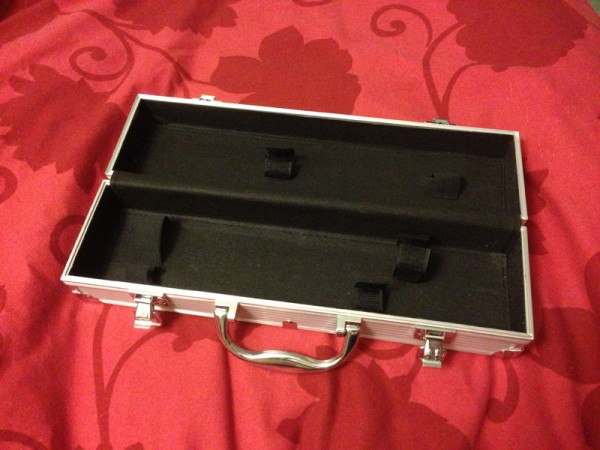 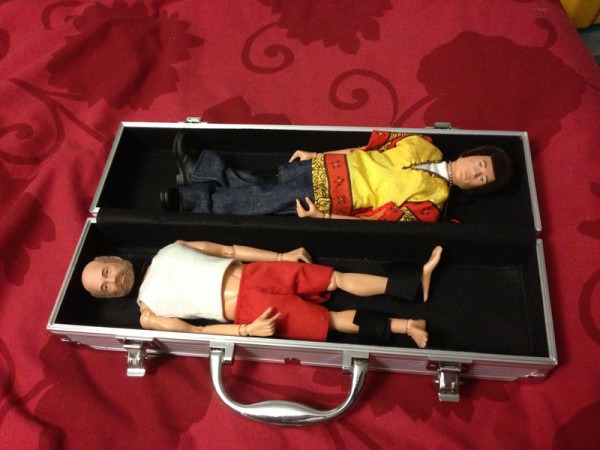 That’s right. It makes a perfect hardshell Coffin Box for carrying two Joes. Even the velcro straps help hold the Joes in place. If you put them head-to-toe, two figures fit in.

There isn’t much room for anything else, though. But if you’re carrying some figures around for a show, or a photo shoot, this is the ideal way to carry them.

By the way, they also had a small Poker Chip set in a similar but differently-proportioned hardshell case. I got it for about the same price. 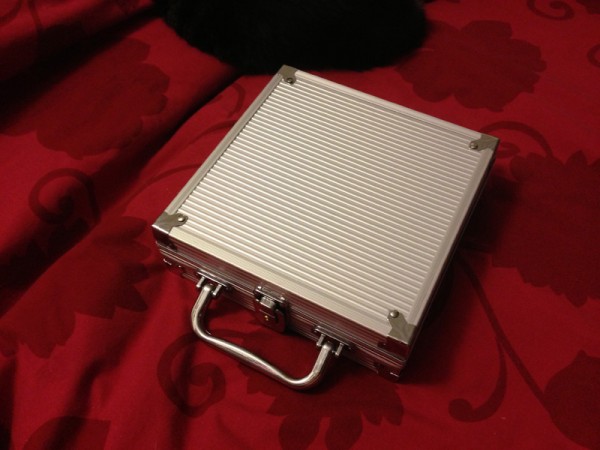 Here’s the very nice (but small-ish) poker set inside:

And with the contents removed, there is a thin flocked plastic tray at bottom and a very nice coned sponge layer on the top lid.

I imagine the bottom tray could be removed in favor of some black sponge, cut to fit some components or parts you’d want to carry to a Joe convention or a show or a meet-up. 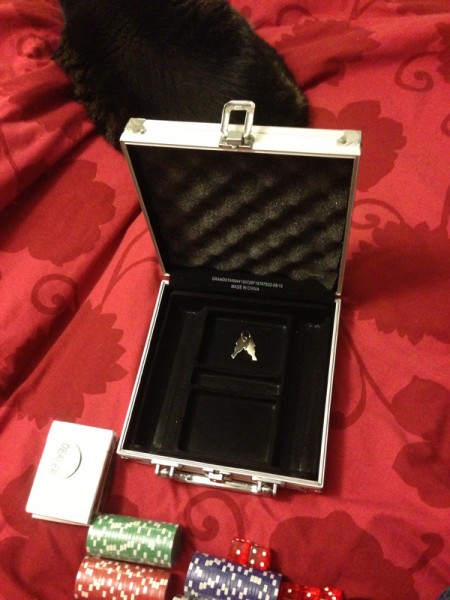 And as an added bonus, this one comes with two keys and a lockable clasp.