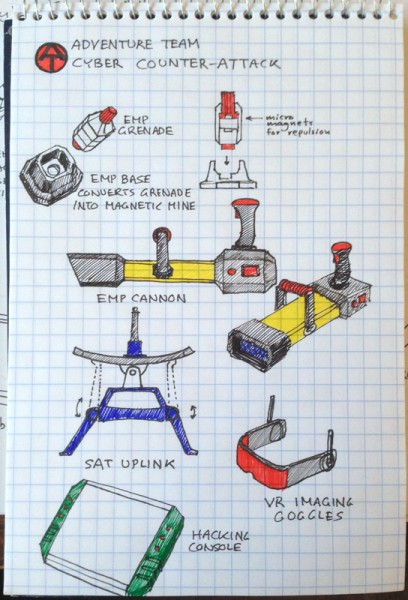 The first model I tackled was the Cyber EMP Grenade. It’s a bulky hand-thrown grenade that contains a very powerful magnetic pulse circuit. Simply push the plunger and throw. A timer, set by using the hacking console, counts down and then BOOM! A massive localized Electro-Magnetic Pulse knocks out any electronic equipment a hacker may be using.

To make it a bit more useful, there is also a magnetic base the grenade can fit in to make it a plantable mine. You simply stick it to a wall and let it count down. Same result without having to toss it.

To make this, I modeled five separate parts:

I also use three rare-earth magnets in each grenade/mine combo. One very small one for the base of the plunger, a cylindrical one for the bottom part, and one for the mine base. 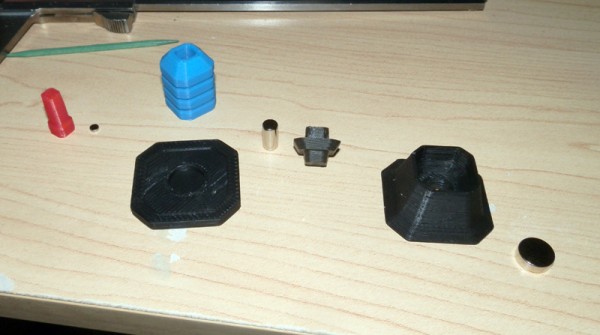 The first one is glued to the base of the plunger:

The second magnet, the cylinder, is fitted into the grenade bottom, rather snugly. No glue is necessary for this one:

Then the red plunger is fitted up inside the blue body from below, and the black bottom glued in place. The two magnets repel each other so they act as a spring when you push the red plunger: 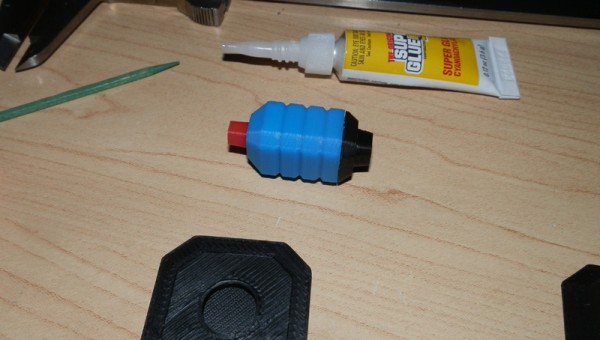 Then a third, flat magnet, is placed into the base bottom piece: 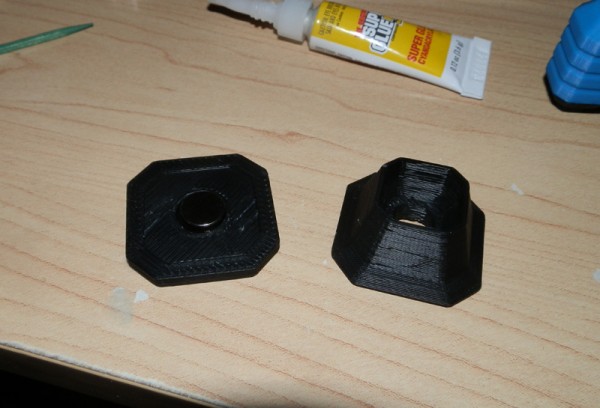 Then the base bottom is glued to the base cup. This is intended so there is no magnet exposed. You can see part of this largest magnet from the top, but it’s safely glued into the base: 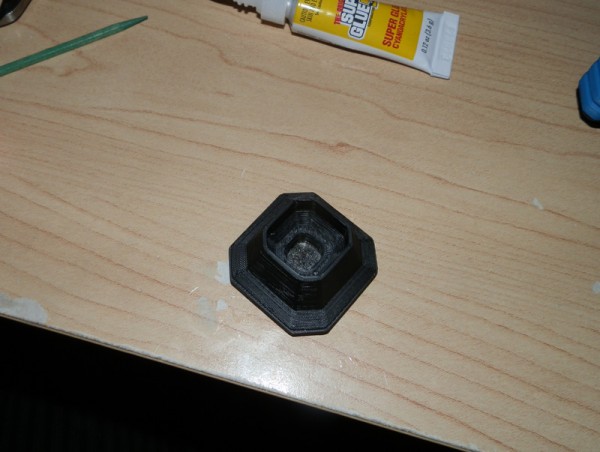 Here’s a little movie I shot showing how it works: