A couple of years ago Hasbro tried a new line of GI Joe toys which I thought were quite beautiful. Sigma 6 were six-inch stylized versions of the GI Joe figures from other lines. Despite the fact that Snake Eyes and Storm Shadow are Real American Hero Joes, created in the 1980s for a new 3 3/4″ toy line and comic book series, Hasbro incorporated them into a few Adventure Team Sigma Six sets and the sets were quite nice. They also created a couple of more traditional, bearded GI Joes in this line for the AT sets. 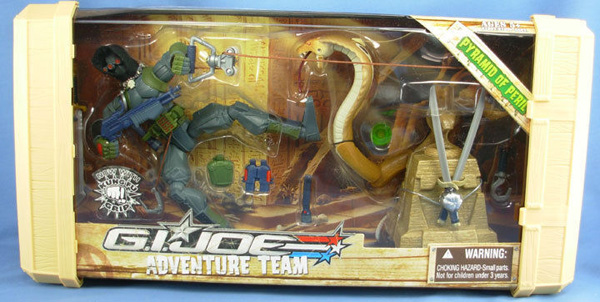 Snake Eyes here is trying to retrieve a rare green gem from a pyramid, protected by a giant cobra (irony?) and the gem itself is booby-trapped behind two spring-loaded swords. The set comes with a bunch of gear including a zip-line for Snake Eyes.

Danger in the Jungle 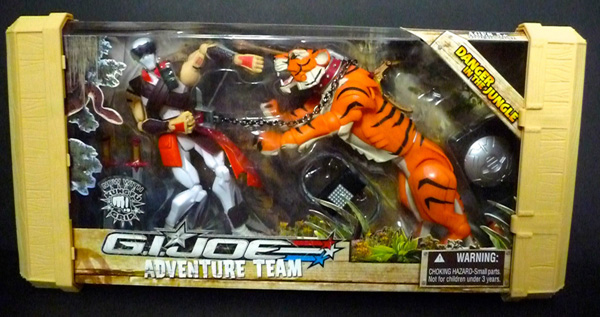 Terror of the Swamp 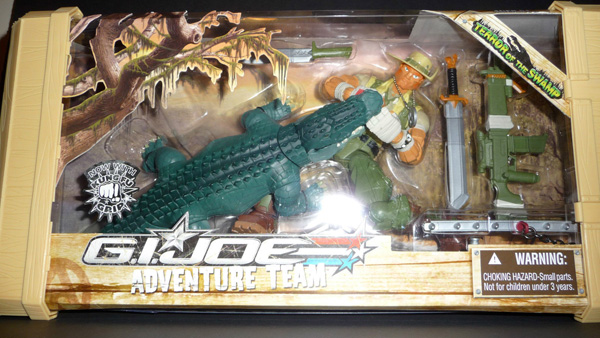 There was a fourth set that Hasbro apparently planned, but I don’t think it was ever released. I only know this because a web search brought up this image: 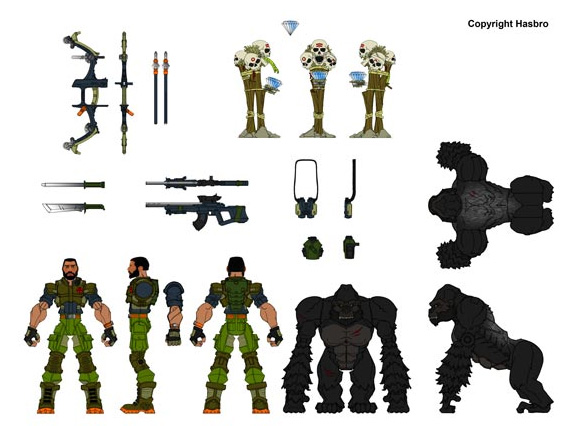 This one would have reprised the famed Pygmy Gorilla sets from the Adventure Team’s illustrious past.

Holders of these sets will appreciate the packaging. Sigma 6 sets were packed in plastic boxes sealed at either end with an intricately molded cargo box in two pieces. When the package is opened, you can snap the two pieces together to form the top and bottom halves of a cargo crate which you can fit all the gear into.

The regular Sigma 6 sets had gray ammo cargo boxes, but the Adventure Team line had them modeled in Adventure Team theme, including the familiar and beloved AT logo. 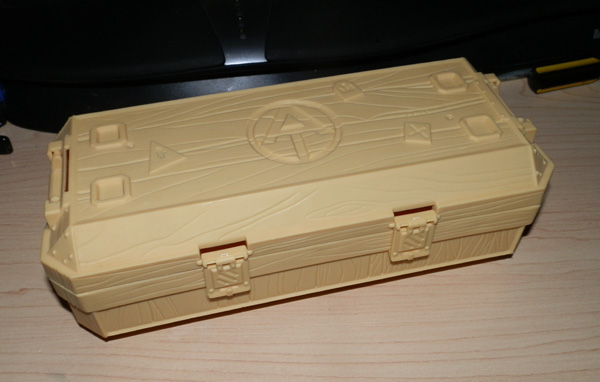 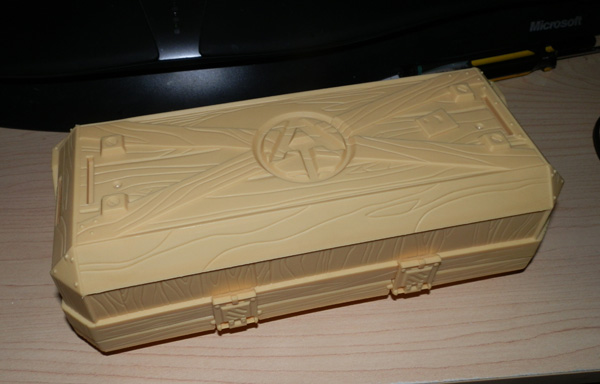 Here my 3D printer comes in handy again. I designed an AT logo that can fit into the recessed AT logos here to add color to the crate.

Here is the AT logo fresh off my Afinia H479 printer:

It prints on a raft of plastic to secure the print to the bed and ensure good printing. Using a small chisel I lift the logo off the bed and clean it up:

Then I can glue it into the recess. Here is the top:

And here, the bottom: