Even before I got my Afinia H479 printer, I was modeling a Moon Buggy from Space: 1999. It was one of the first things I wanted to print. 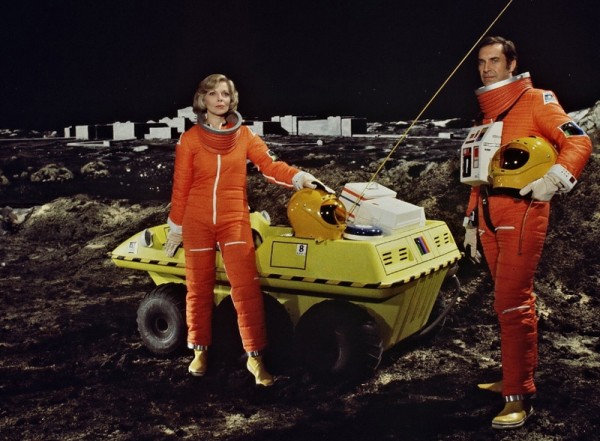 So as a test, I sent a file to them to print. It was not my model. I found it on the internet, and it was not optimized for 3D printing. It had its problems, not the least of which being that it was not correctly proportioned, and was not overly accurate. Here it is: 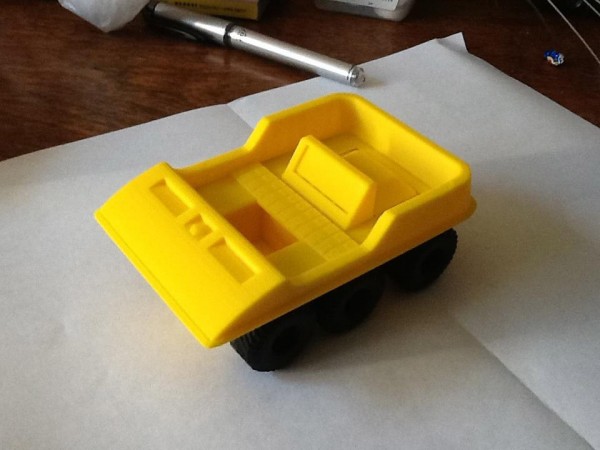 I spent weeks modeling this, refining it, and it was indeed one of the very first things I printed on my Afinia. As a smaller sample, just to see what it would print like: 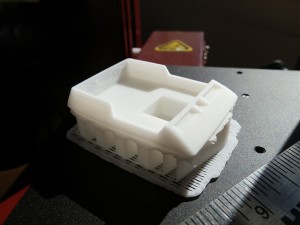 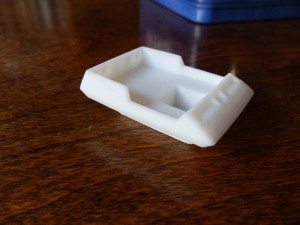 Then I printed it a little larger, with the rest of the parts, in neon yellow and black: 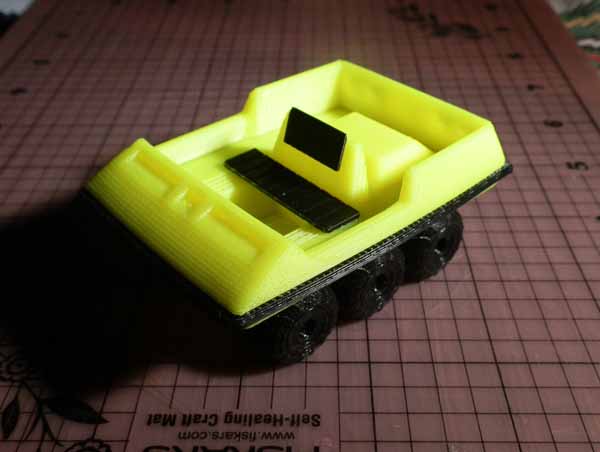 I let this project sit for a while as I was working on many GI Joe toys and other things.

But this last couple of weeks I have been modeling pods for my Dinky and Konami Eagles, and I finally got up the urge to print the whole Moon Buggy. One reason for my delay is that it would take about 13 hours to print the body, if I wanted the highest resolution. Since I had never printed it fully before, I decided to do a test print at .2mm, rather than at .15mm. It took 8.5 hours to print. The result was not bad. It had some issues with oxidization on the print nozzle which dropped carbon deposits into the print at inopportune places, but hey, it’s dirt. Moon Buggies get dirty.

Here is a close-up of the sloped front, which was always an area of concern for me, because a layered printing method will inherently add stepping, which could be unsightly. 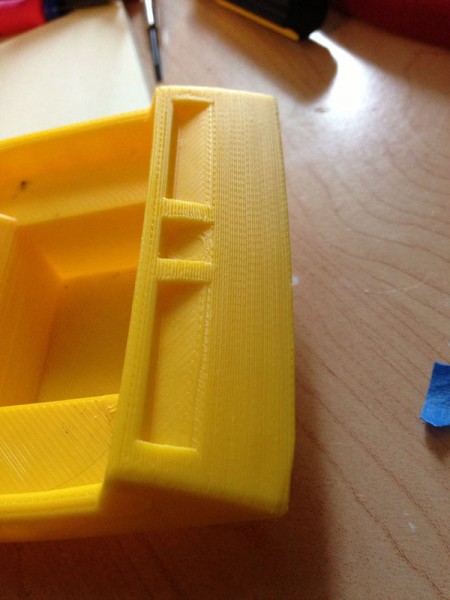 But it wasn’t as bad as I had expected, and I’m sure it will be better when I embark on my later, highest-resolution print. But for now, I completed this version: 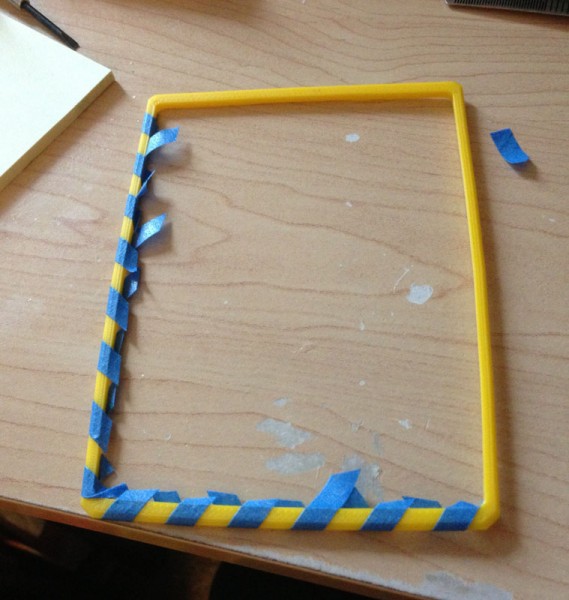 I printed the black parts (there are six wheels. Only four are pictured here.) 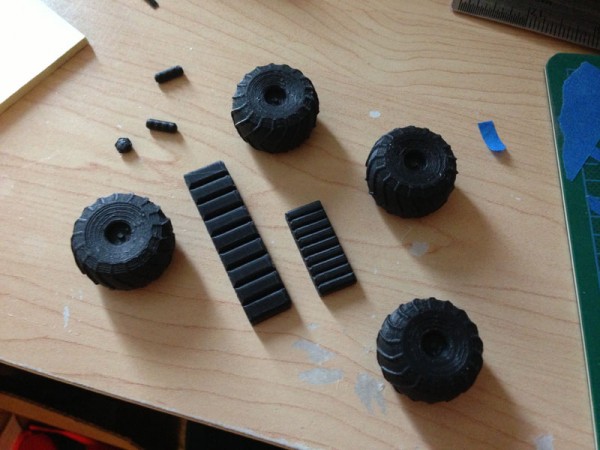 Then I printed some white parts (not pictured: Mirrors and headlights)

I masked off the yellow bumper every .5cm and then painted it black. I snapped it to the body.

Then I glued on the wheels, using a cardboard spacer to ensure they weren’t too tight against the body: 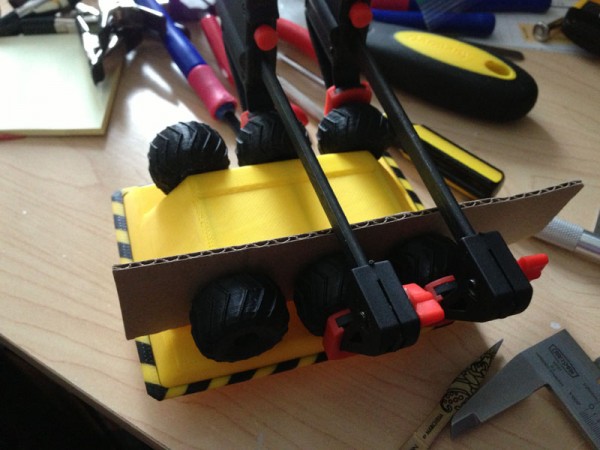 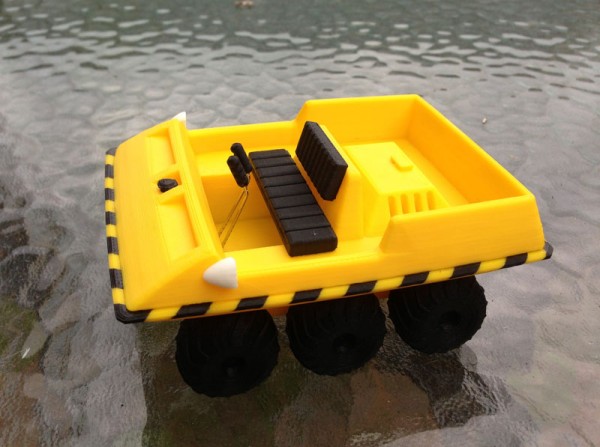 Here is the completed model, with black gas cap, white mirrors and headlights, wheels with coat hanger lengths for axles, the seats are in place, and the control rods (paper clips) glued in place with handles. 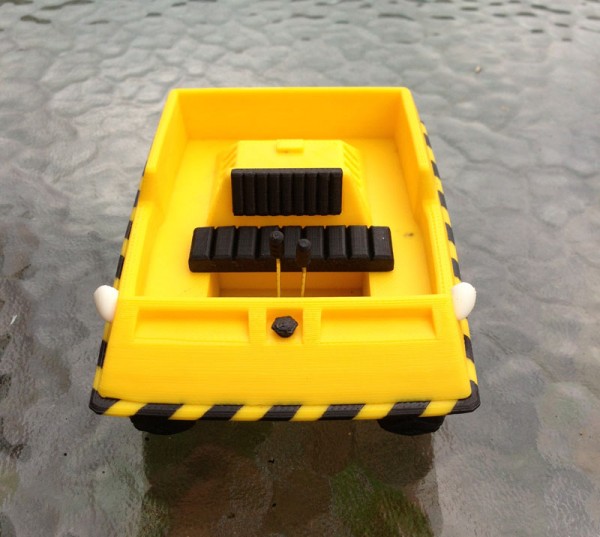 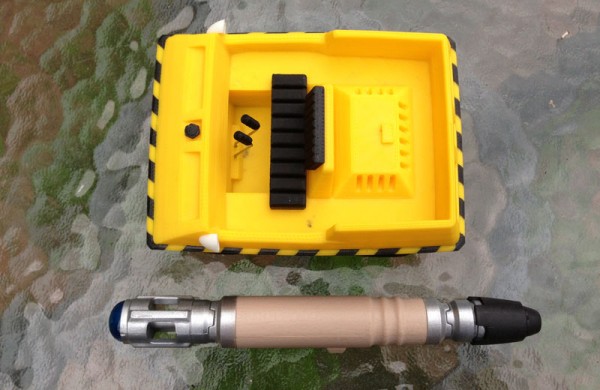 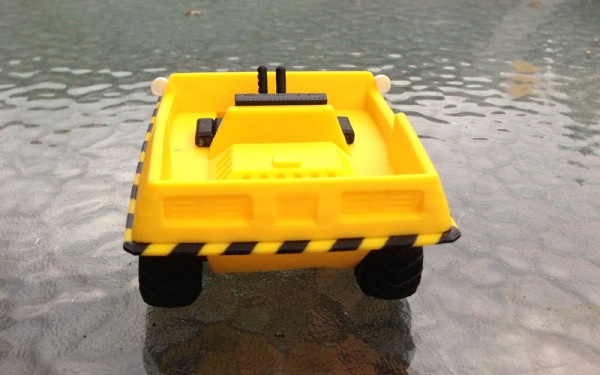 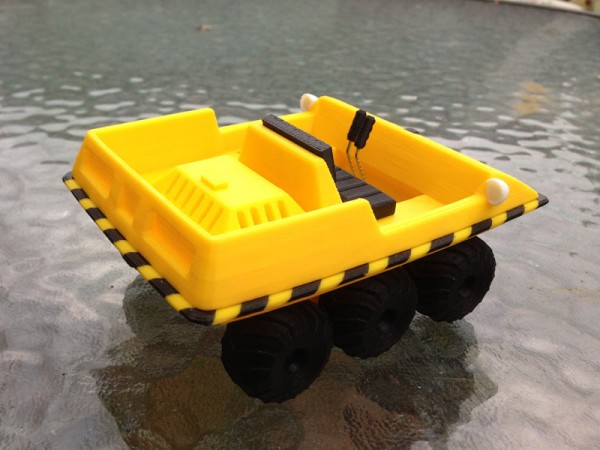 Since I posted pics of this on the facebook Space 1999 fan pages, I was commissioned to create two 1:30 scale versions, without the engine hub, just a flat rear bed. So I printed a 1:30 version as a test, or close enough. Probably more like 1:36 or so… a bit smaller than 1:30. Here you see it next to this larger one, and a tiny one I had printed at Shapeways to scale with my Product Enterprise Eagle: 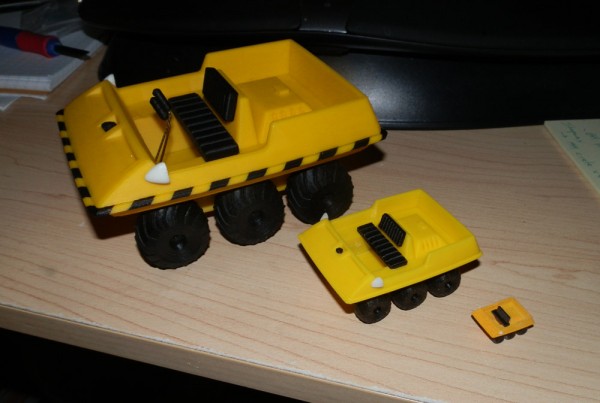 I haven’t yet painted the black banding on the medium one, or the small one, though I intend to. And then I have to do decals for them.