In our kitchen we have a garbage disposal in the sink. The switch for it is, somewhat disturbingly, right next to the switch for the light over the sink (and an outlet) all in one switch plate. The plate looks like this: 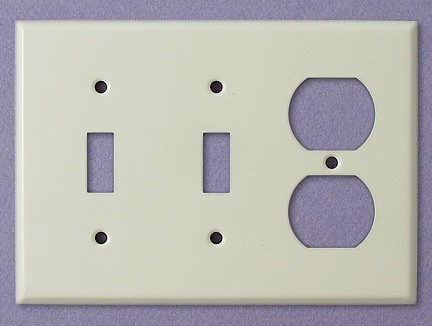 The other disturbing thing is that the switch sits under a low cupboard and to operate either of the switches, you really have to do it by feel. And since garbage disposals are dangerous, there could be metal things dropped down there, like spoons, etc, or a cat’s paw (since they get in the sink a lot), turning on the wrong switch could be – very bad.

I got a bit tired of this problem and thought I should do something about it. My first thought was put a bit of duct tape on the disposal switch so when you feel for it, you won’t hit the wrong one.

Until I got a 3D printer.

So I set out to design a switch safety protector which I could replace the switch plate with. But the plate was wider than the 5″ maximum print area of the Afinia printer. So I thought, why not just print a plate to go over the current one?

So I downloaded a switch plate from Thingiverse to use as a template, to get the holes in the right place.

Then I cut the plate into a fairly thin strip and modeled two protecting arc guards to prevent accidental flipping of the wrong switch: 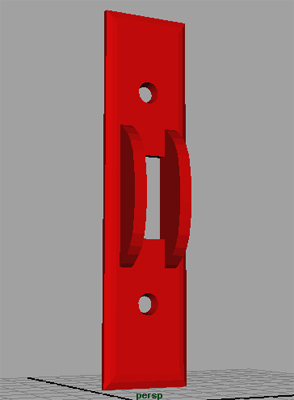 I printed it out roughly (.25mm, Normal mode) and installed it. The thing works perfectly.

And to install it you don’t have to remove the original plate. This fits on over it. You just remove the screws above and below the switch you want to protect, and put them back in. 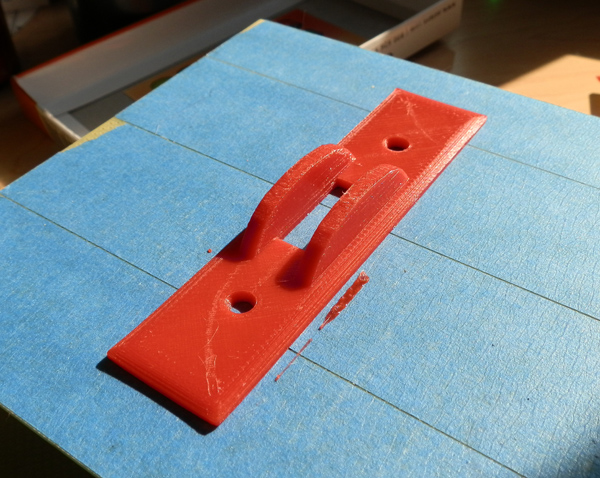