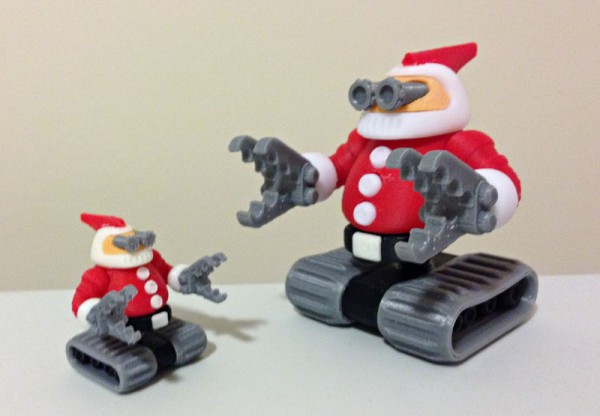 It was Carol’s idea! I swear! She envisioned a Santa Claus robot, and of course its main feature would be disproportionately large claws.

So I set to work designing a slightly retro look, with white helmet reminiscent of the Battlestar Galactica Viper pilot helmets (original series) with a fin that looks like it belongs on a bullet train from the 1920s.

I was originally going to give him skis and a jetpack engine, but I thought better of it. I thought of snow-cats, which have very wide treads, and completed the design with white jet intakes down the front  and a headlight beam on his belt buckle, and snow goggles. 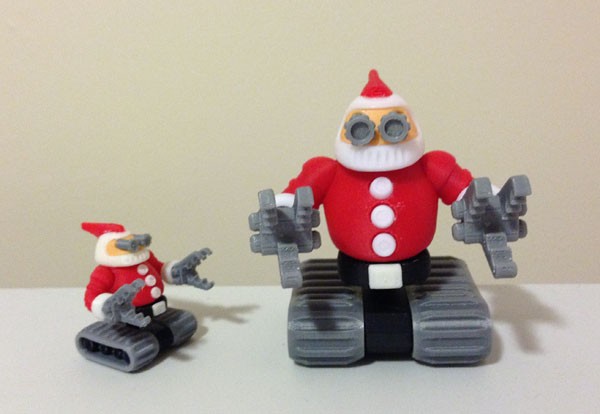 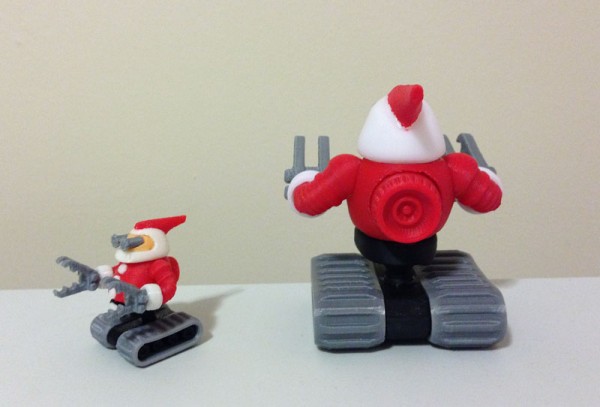