A couple of years ago I bought a Pegasus Hobbies model kit called “Apollo 27” because it looked awesome. I haven’t built it yet, but I will get to it.  It has these four rocket engines offset from the body with a solid structure holding them in place. I looked at it and thought “Hey, what if they swung in and out?” 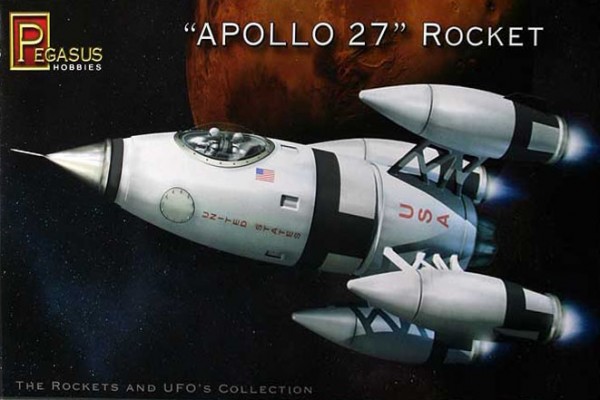 I changed the design naturally, but I liked the original enough to keep the basic shape.

Here are the parts: One engine has been assembled to show how the parts fit together. 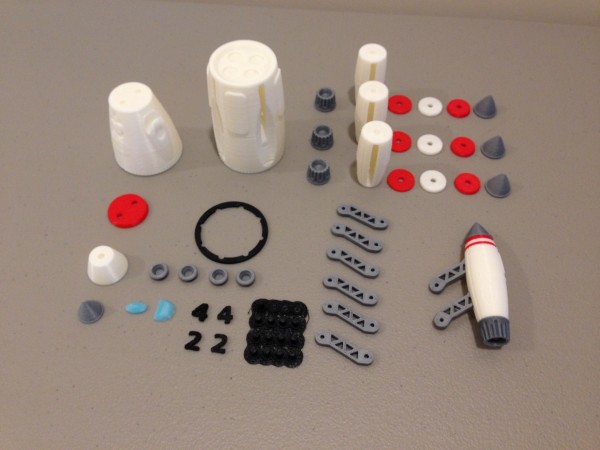 A bit about the design:

Like many of my rockets, it prints in multiple colors. I design it so that body stripes are individual cylindrical pieces, and I use holes and pegs to align them for gluing (the black mass in the picture is a group of pegs.)

Each hinge arm has a hole in either end. In the body of the rocket and in each engine, there are four hemispherical bumps that the hinge arms get pushed onto. Once in place, this acts as a very solid hinge. In a future design I may change how this works, but for this one it works well. A careful eye can detect that at each end of the hinge arms there is a funneled channel carved in to make sliding these onto the bumps a bit easier (though it’s no easy task.) Once snapped on, however, they work very well.

The number 42 is inlaid using four individually printed numbers, booleaned into the body and angled correctly. I do this by making the letters, the making a cutting tool object that is just a bit larger all around, so the number can slip into the cavity without too much difficulty.

I designed the rocket with two hinged arms for each rocket engine. Each engine retracts to a recessed section of the main body, and extends outward to a maximum distance.

As it is now, each engine can be pulled in and out individually, and because each uses two hinged arms, the angle stays correct as you extend them and retract them. 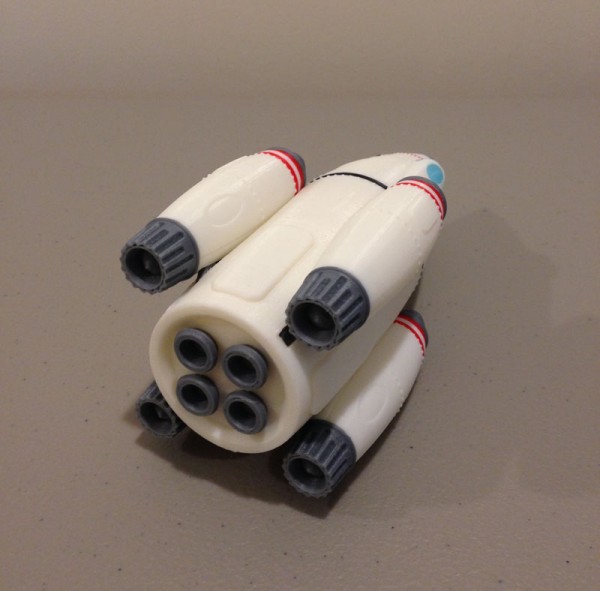 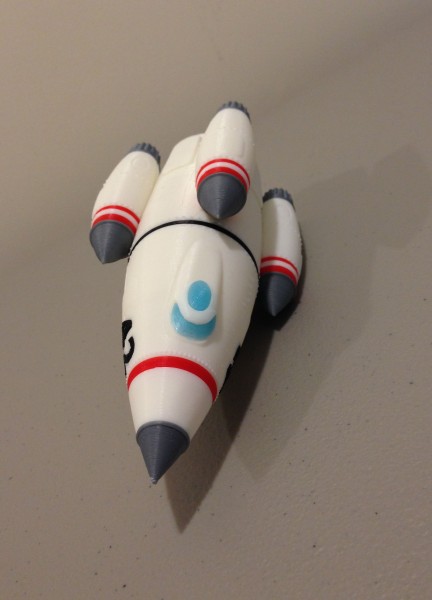 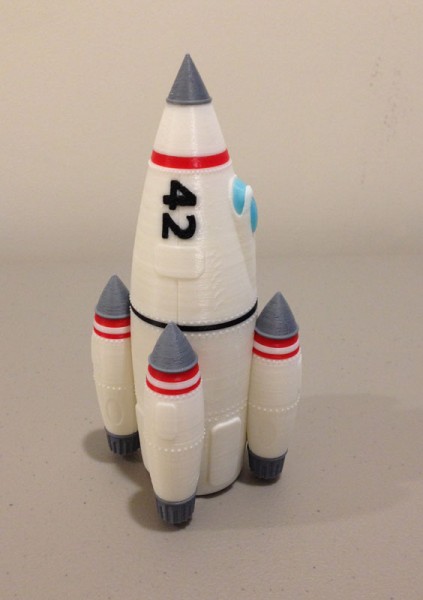 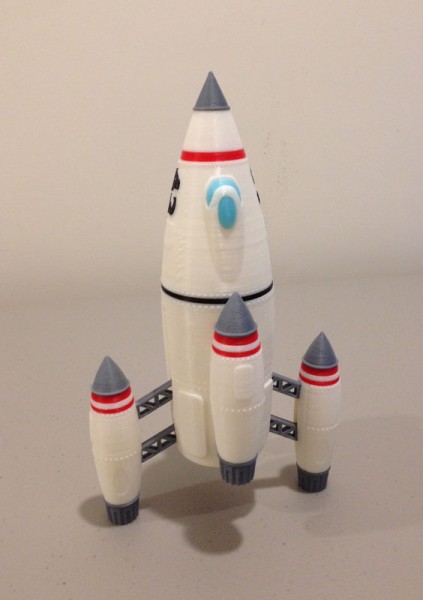 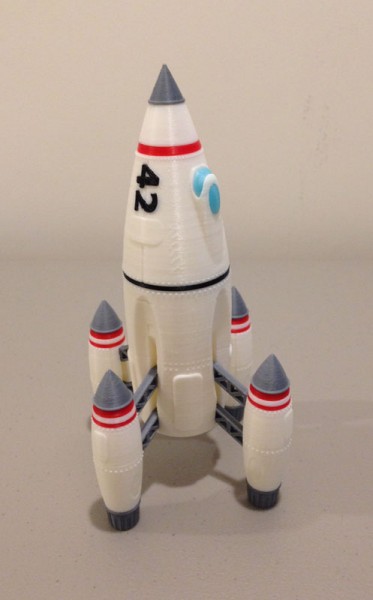 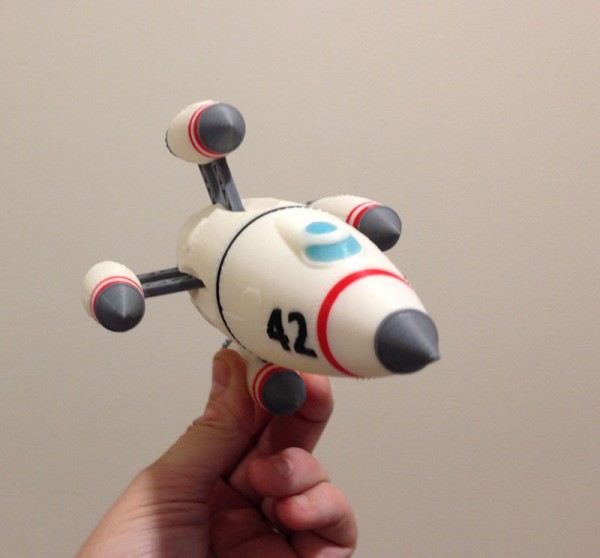 I will note that during assembly I came up with a great way of making it so that when you pull out one engine, the other three will also pull out, and in. I will be working on that in the future, perhaps Version 2.0 of Apollo 42.