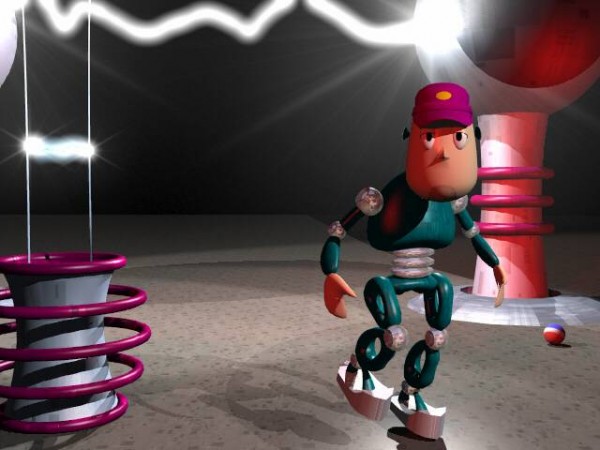 In the late 1990s I created a robot in Lightwave, and called him JANI-TOR. The idea was that he was a menial sanitation robot sweeping the floor of a lab he’s not necessarily supposed to be in. His broom bumps a ball (a familiar one to Canadian children in the 1970s, and is NOT, I repeat, NOT the PEPSI logo!) and follows the ball to where it rolls to a halt under a huge Van de Graaf generator, where he reaches down to pick it up as the sparks get increasingly closer to him, and then he stands up, the generator waning, and examines the ball, tosses it in the air where a huge spark disintegrates it, turning it into dust. Undaunted by any of this, JANI-TOR continues about his business.

I put the video together but never did the sound.

This week I decided I wanted to 3D print him. Actually, I decided this many years ago when 3D printing became possible.

This week I remodeled him (can’t find the original Lightwave files), updated a few things, like his hands, and beefed up his feet, and printed him in his broom-carrying, ball-surveying pose.

Here is a tray filled with all of the parts: The dark teal of the original was not available, so I used a lighter version, and I still think he turned out well: 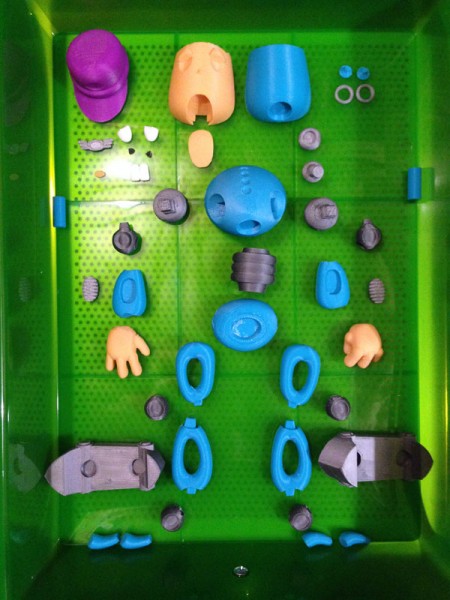 And here he is, printed out. As you can see by the parts, it’s all tab and slot connections, and so he’s not articulated. He’s a statue. But a nice one. 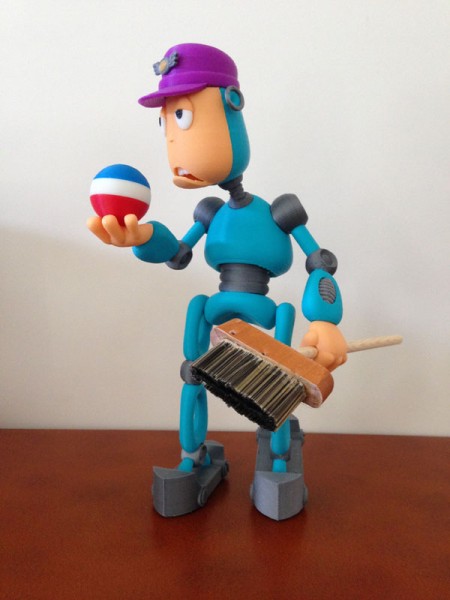 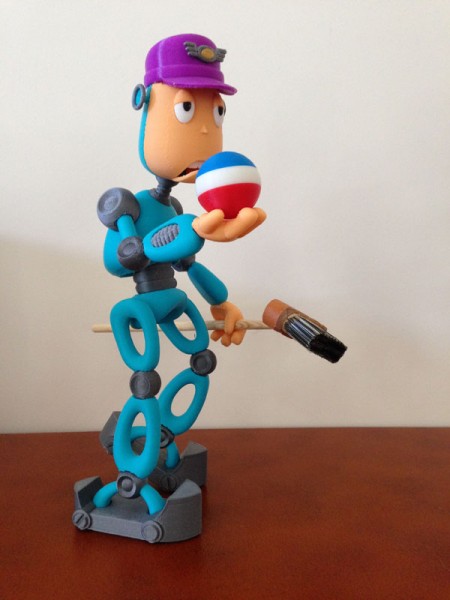 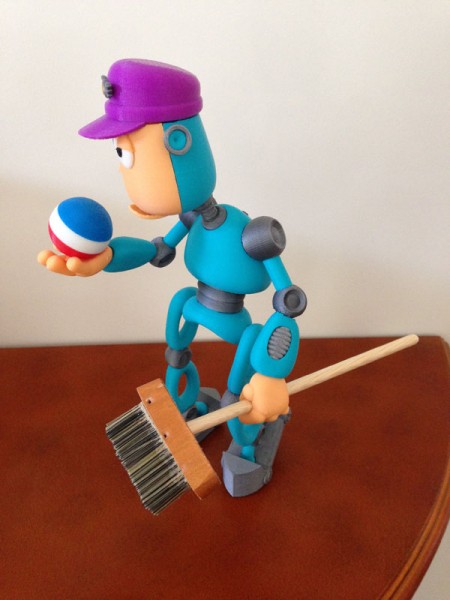 I posed his eyes looking a bit too high. I can fix that by printing a new head for a different version.

Note the broom. I could have 3D printed that too, but guess what? Sometimes 3D printing is not the only, and not necessarily ideal, method to make something. This time I used two paint brushes (one for the wooden base, and one for the bristles) and a piece of wooden dowel. The hand has a cylindrical space in it so the broom can slide into place easily.

Here are the movies, one is a walk test, and the other the full video. These are tiny because it was the late 1990s and this size took long enough to render. It was also a test only.

Here is a series of single frames from the animation. Each one mimics the storyboard frame I created for them very closely. I stuck to my storyboard fairly strictly. 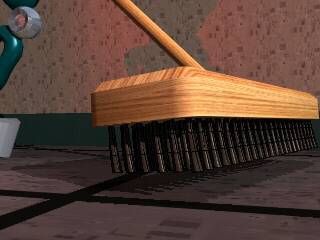 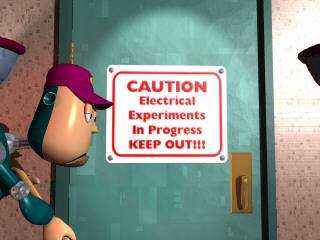 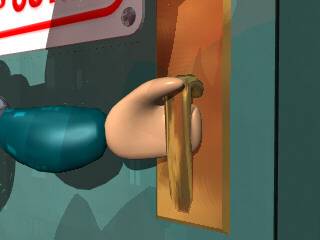 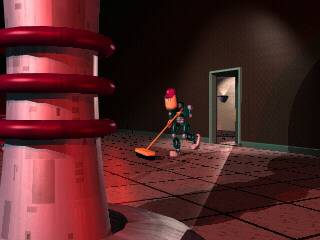 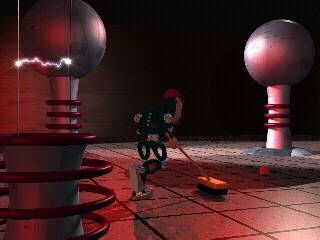 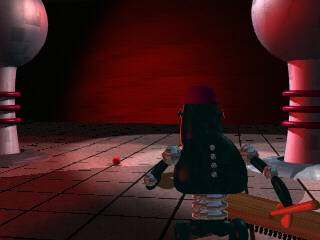 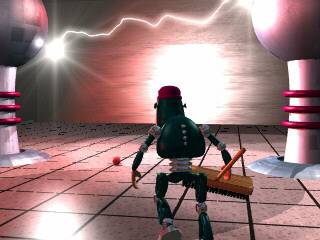 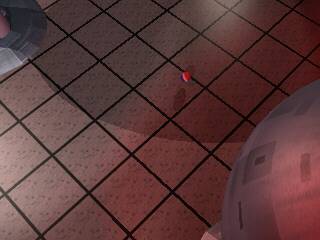 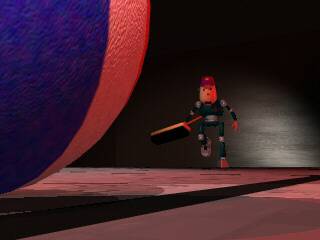 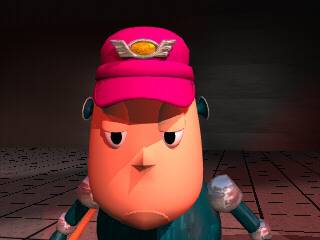 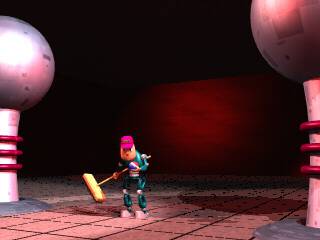 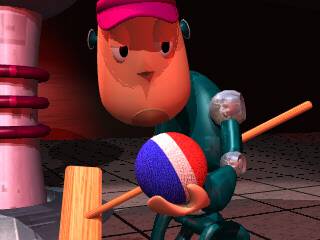 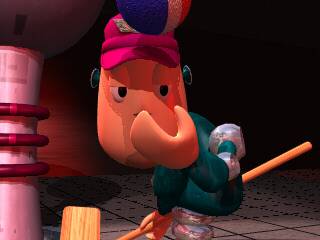 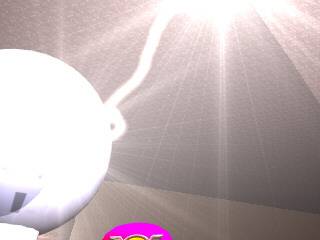 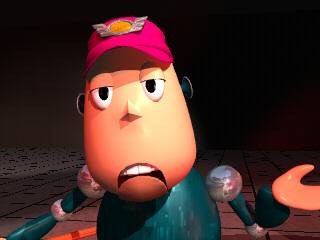 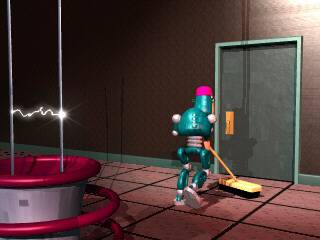