A very loyal and regular customer of late keeps sending me images of rockets he’s found on the internet. And UFOs. He and I share interest in the retro design aesthetic.

Here are the latest forays into 3D printed rocketry: 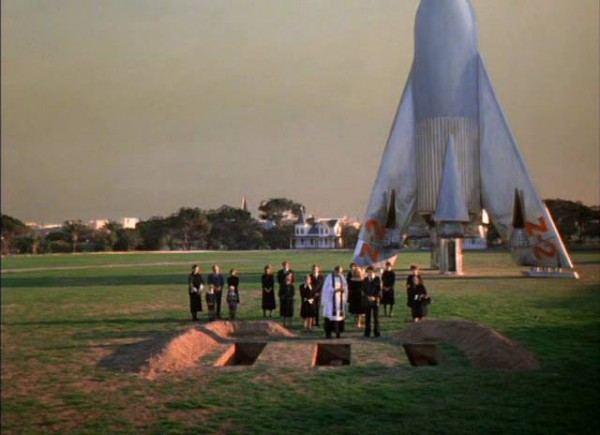 My friend send me images of the models used in the show:

He was hinting rather strongly that he would like a couple of these. So I made them. 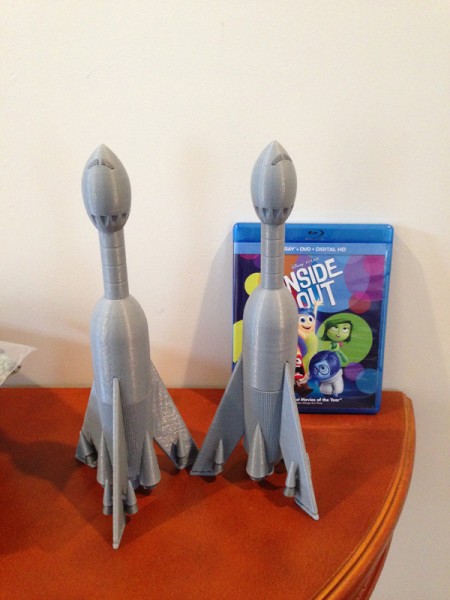 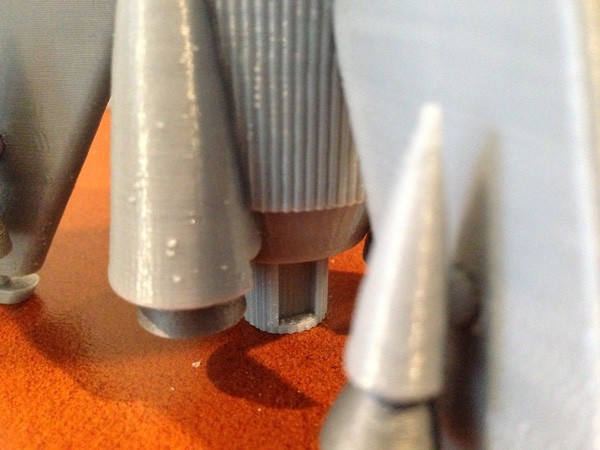 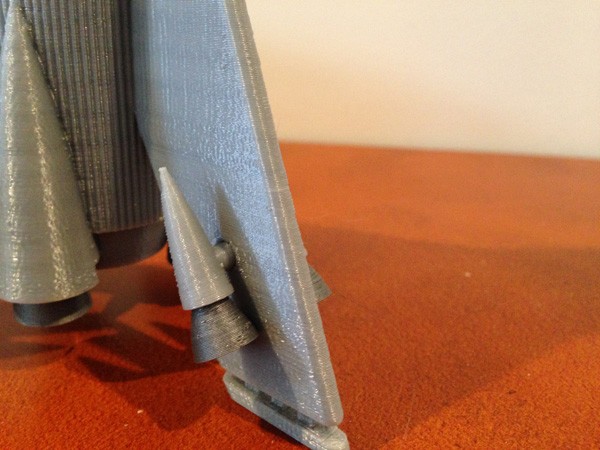 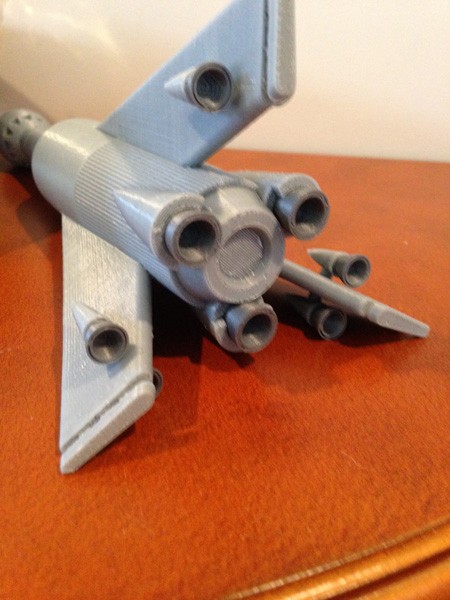 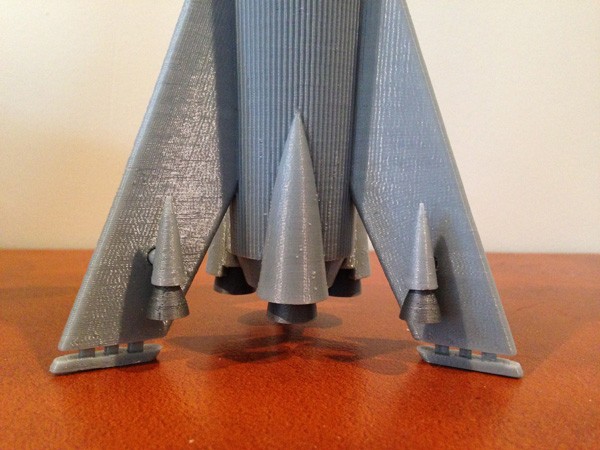 The interesting thing about this rocket is that the mini rockets on the ends of each wing rotate. They rotate in order to stay parallel to travel vector when the wings scissor outward. I modeled my version landed, and even included the gangway tube.

But not satisfied with that, I modeled a version with scissor wings. I sent the three rockets to my friend (he bought two), the scissor-wing version being a bonus. I didn’t take photos. I’ll print another one later showing the scissor-wing action.

Interestingly, my friend has been in contact with the man who created the original rocket prop and he’s quite interested in what I’m doing with my models. He offered to animate the CGI model I created.