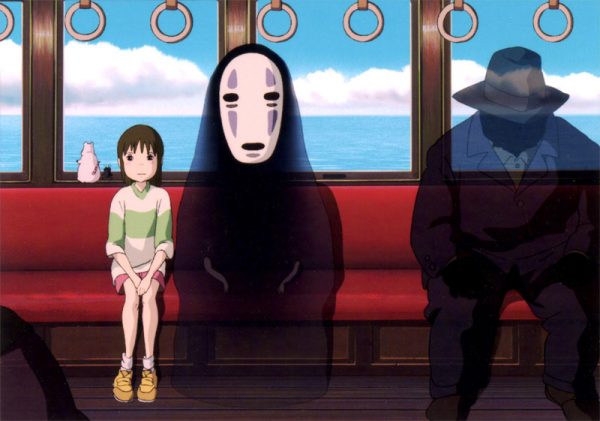 Let me start by saying that I love the visual style and look of the Studio Ghibli Miazaki movies. I’m not the biggest fan of them for content reasons. To me they lack something. What they do not lack is visual gorgeousness. Even though most of them use repeated themes and character imagery, they are fascinating.

Spirited Away gave me an idea – to create some small statues of a fairly simple-to-create No Face spirit.

I started with something very simple. The mask is all inlays printed in white, with purple, black and grey inlays.

The body is meant to be that simple, amorphous shape. 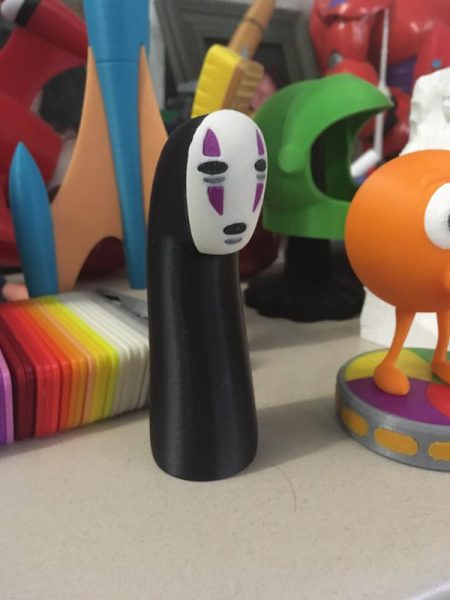 Later I added arms and scaled him up a tad: 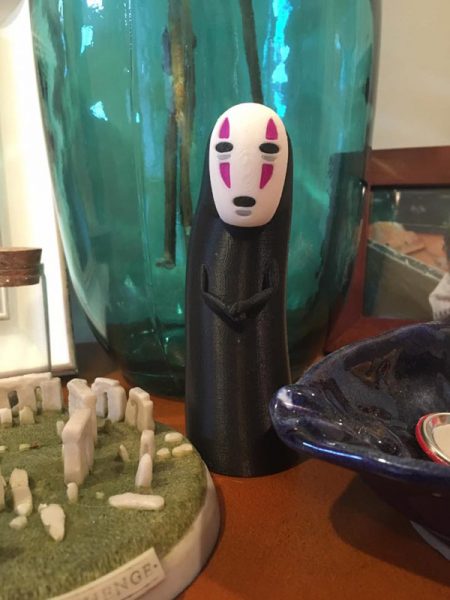 Then Carol said: “That looks like a PEZ Dispenser.” !!! Ok! That was an inspiration!

So with just a bit of extra work slicing the head and using Booleans to create a smooth curving circular structure, and a PEZ head mechanism I downloaded from Thingiverse and altered to work better (the original tapered the hinge holes making them not fit), I was able to quickly put together a working prototype.

The two on either end, with visible seam line at the “neck” (mouth in fact) are the PEZ dispensers.

The hinge is rounded at the back for a smooth opening without a huge gap in the body from behind. 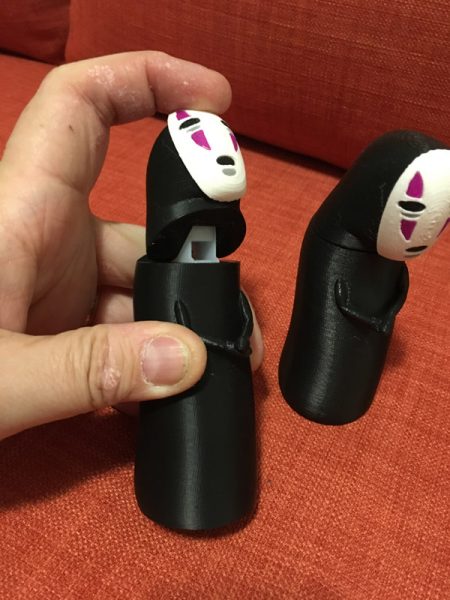 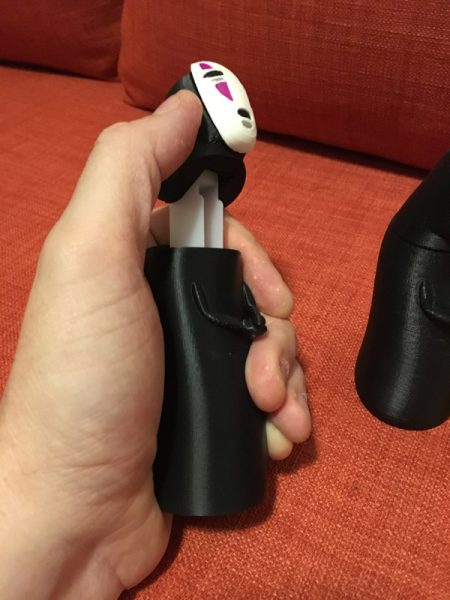 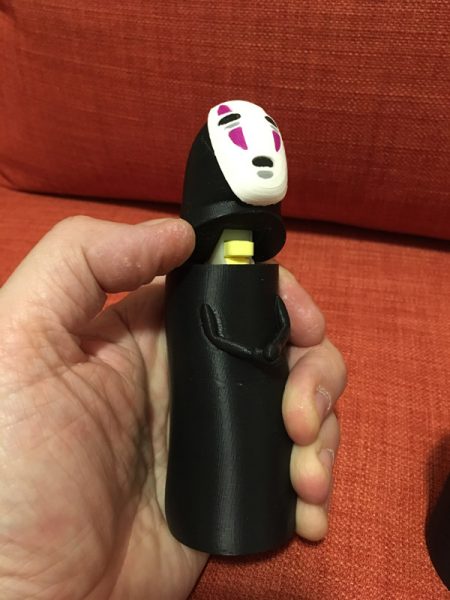 The truly hard part is finding PEZ dispensers with a black body so I can make it all black.

In a future version, I may add red mouth and teeth inside, meaning I will likely use red PEZ bodies. But that’s for later.

Inspired by this wonderful mechanical bank Studio Ghibli put out:

5 thoughts on “Spirited Away – No Face Pez Dispenser”