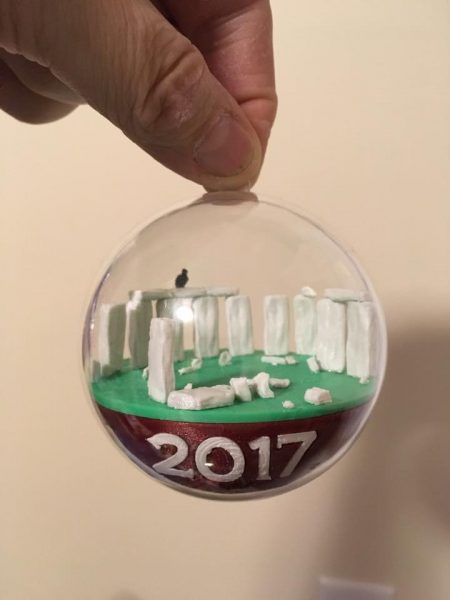 Since 2013, when I bought my first 3D printer, I have designed and printed at least one Christmas Tree ornament.

2014 we had just purchased our lovely brand new house, so naturally: 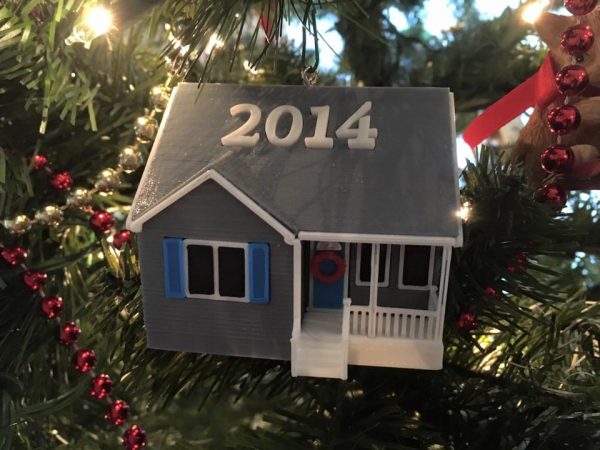 2015 saw two different sets of decorations. One was a Santa Werblz, based on the wobbly WERBLZ toys I had created that year. 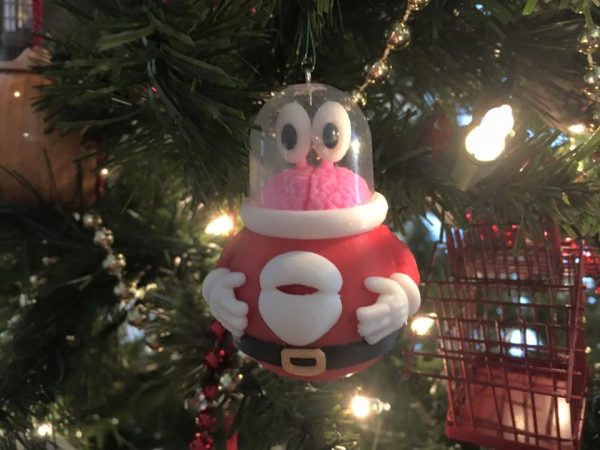 Also in 2015 I couldn’t resist doing these profile ornaments of me, Carol and Charlotte: 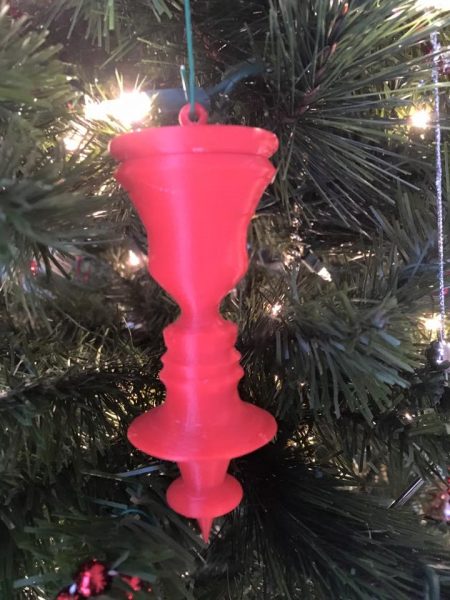 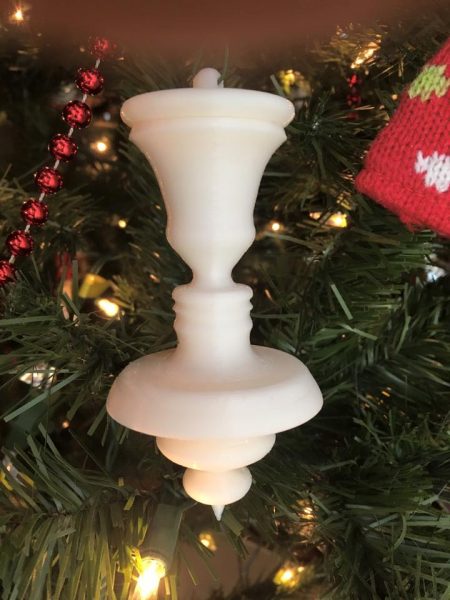 2016 I shrank down a version of my recently-designed ray gun:

And in 2017, I opted to commemorate a rather cool moment from this year – our trip to Europe, and the wonderful hour we spent in and around Stonehenge. While we were there a crow perched atop the lintel stones at the back: 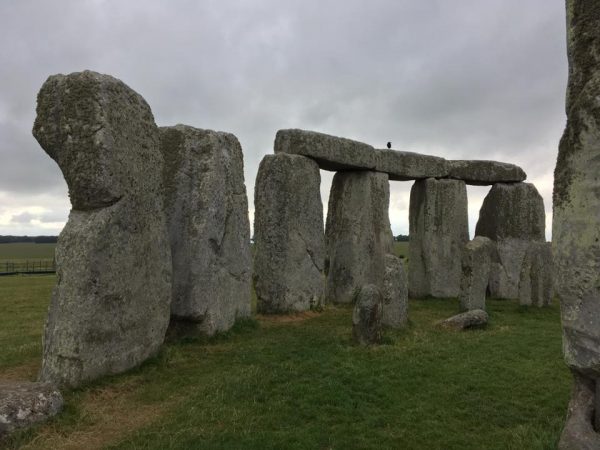 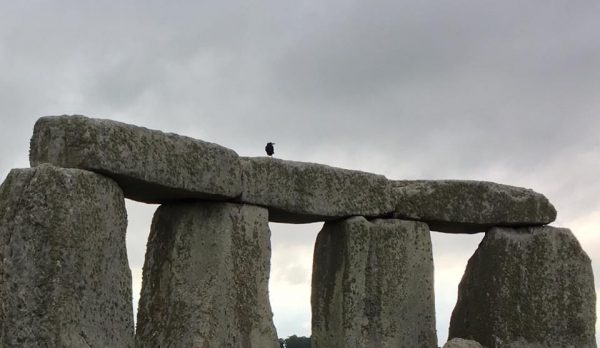 So I downloaded a previously made model of Stonehenge from Thingiverse. I found it was rather inaccurate in placement of the inner stones, so I fixed that. Then I cut the thing into a sphere to fit these 8cm plastic sphere ornaments I had purchased. You can get these at most big craft stores. Two halves snap together to put anything you’d like inside. I filled the sphere with a spherical cut of Stonehenge, concentrating on the rear stones, and put a crow on the lintel.

And if you can cross-eye 3D freeview: 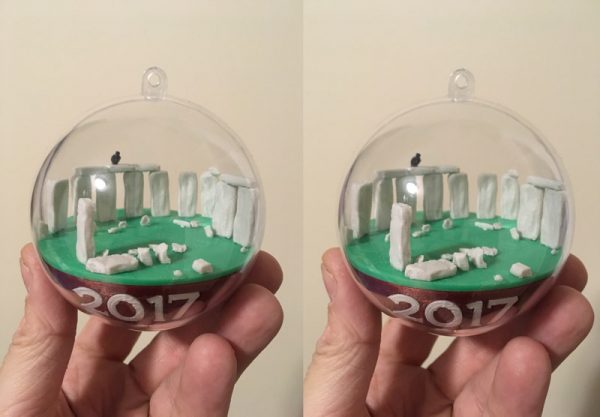