He created a green figure, (head and hands) with red flocked hair. He had an outfit and a chest piece made.

My job was to create his gear.

For some time now, I was hoping to find a use for my Arctic Blaster, a weapon I created as an intense heat ray used to melt through ice walls, for Arctic adventures. 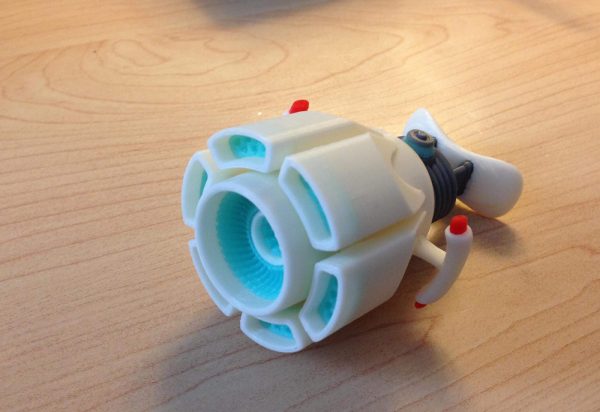 The weapon was pretty cool, but the handles were weak. They couldn’t really be printed any stronger. So I had to redesign it just a tad to fit a screw along the shaft to the body. It worked well.

But of course for this set I had to make a black and green version: 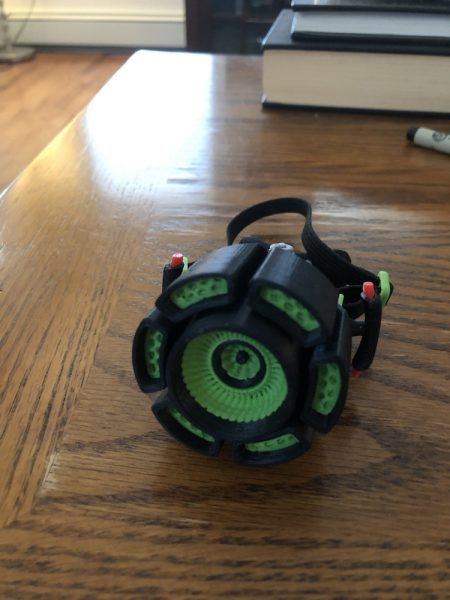 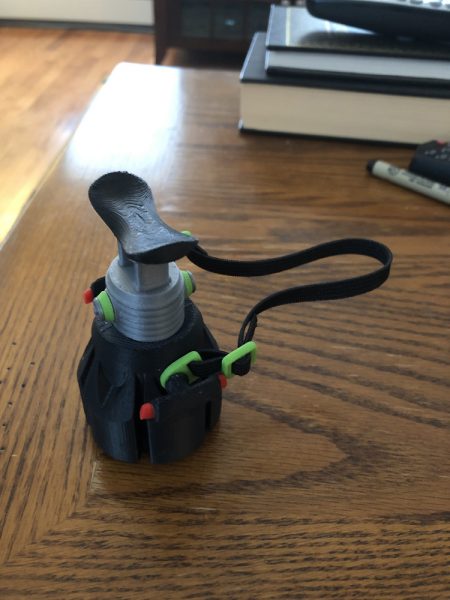 Since it is a fairly heavy piece of plastic, I knew I couldn’t just let a 12″ figure hold it, the arms would fall. So I created a neck strap which solved that problem. 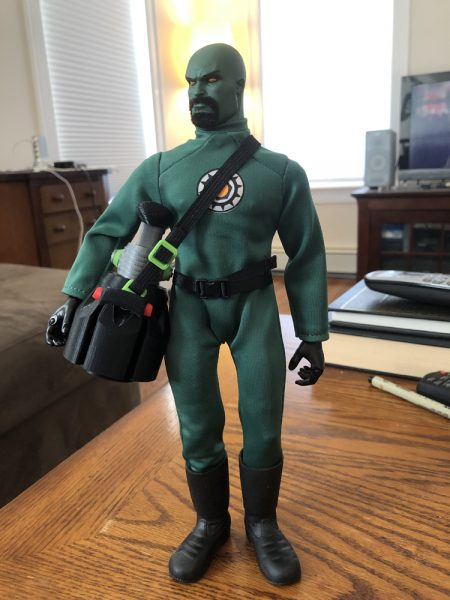 The weapon was intended to be held by the gut, with two hands, the body then being able to brace the kickback from a heavy energy beam. 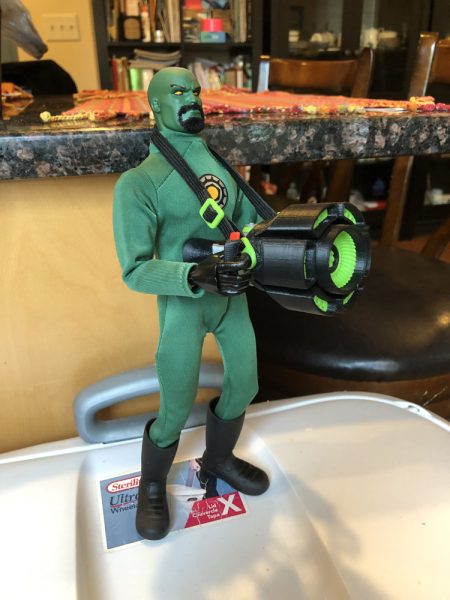 But we wanted something to make it stand out.

So I set out to make small jets that clip onto tall boots. Simple, really. 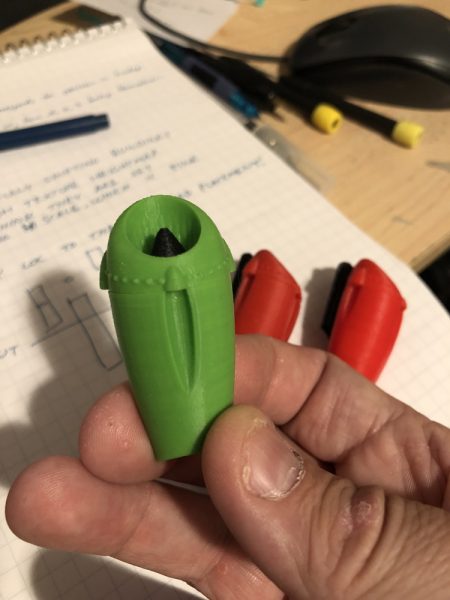 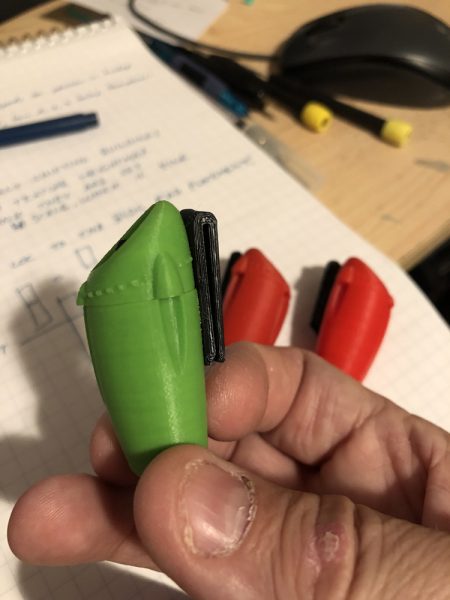 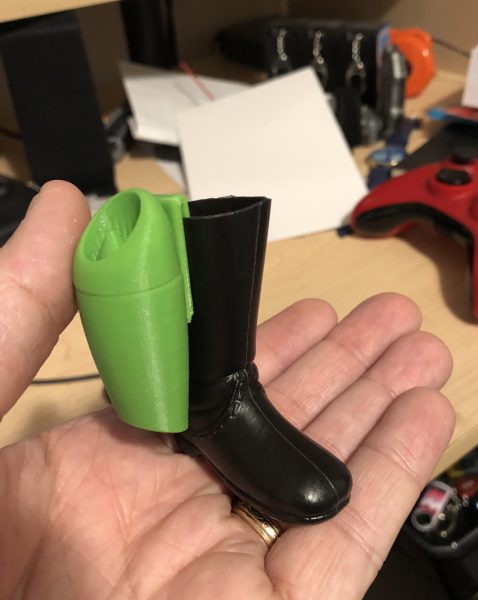 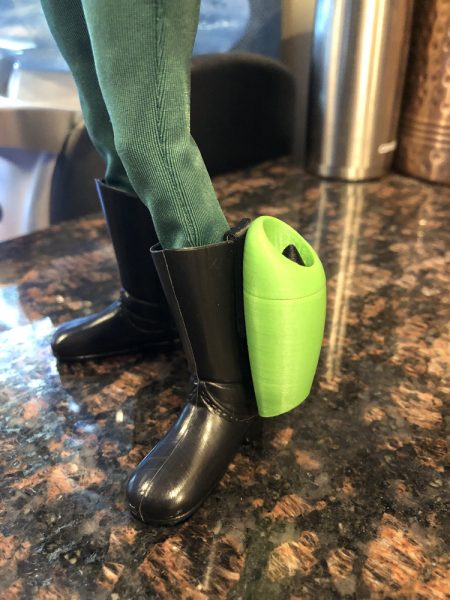 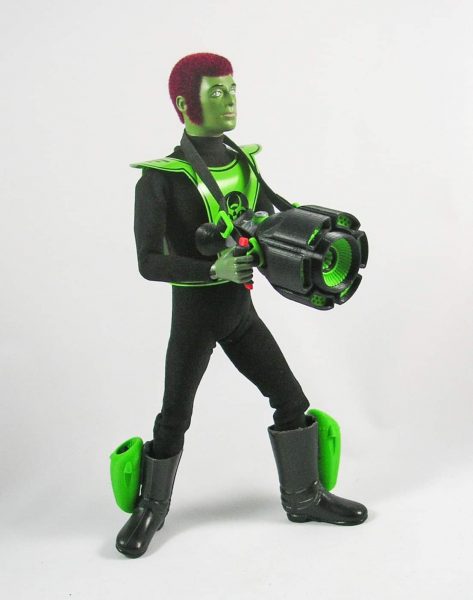