Recently I saw a 3D print of a robot and a runner from Impossible Mission, probably the best game ever written for the Commodore 64. 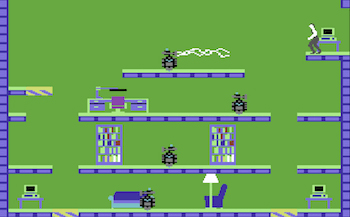 It is a marvel of perfection, that game.

And I have seen 3D prints before from these models. I found them on Thingiverse, by PixelPoldi.

They even appear in a book about the game and its sequel. 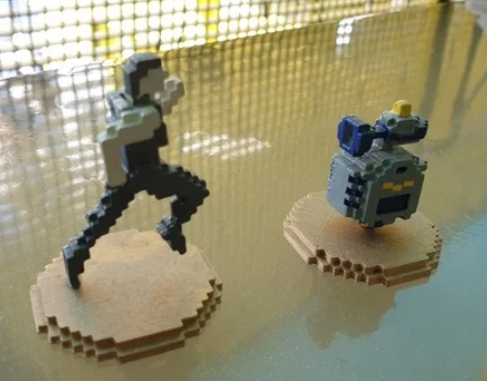 And so I downloaded the models and cut them up so they could be printed in multiple colors. The models on Thingiverse were single solids. Also, the models were designed to be pixel-square, which is not how a Commodore 64 screen works.

Pixels for a Commodore 64 screen in NTSC (where I lived and played) is 1 to .75, so they are a tad taller than they are wide. I scaled the models accordingly. 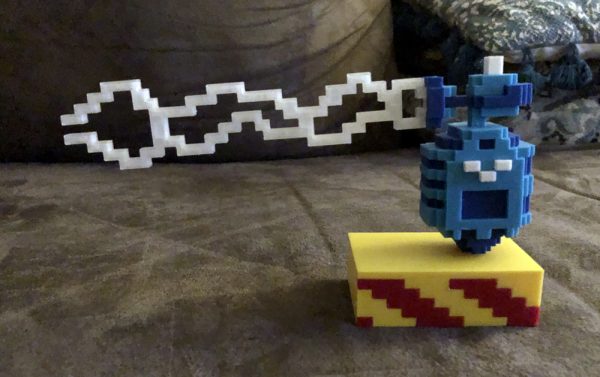 However, the more I looked at the robot, the less I liked it.

Comparing the pixel models from screenshots, I could see a couple of things that didn’t sit right with me.

First, the C64 Robot is created from a multi-colored sprite, which doubles the pixel width. So there are no single pixels, yet the model had several.

I printed out the actual sprite images, and used them to completely remodel a new, more accurate version of my Robot.

First thing I noticed was that instead of having a circular eye-piece, the sprite shows quite a wide rectangular eye-piece, much bigger than I remembered, when facing the camera.

(Note that the robots appear in-game in various colors, and I chose a different color scheme than the pixel images I found.) 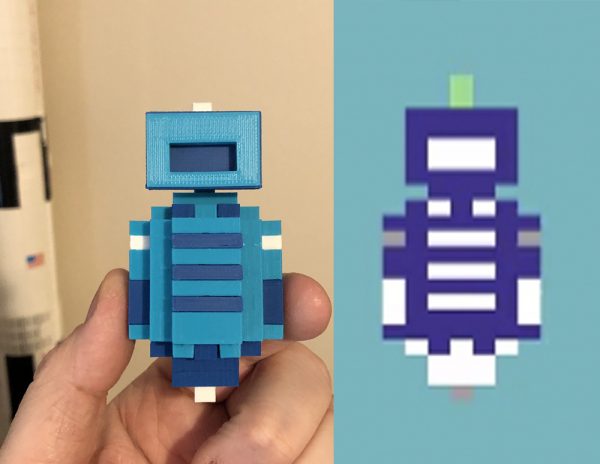 I fixed some other things too, so that when facing the side, my new model was 100% pixel accurate. Sideways was a different issue, though.

The pixels were impossible. Modeled, the robot would have to have a painted face with no depth. But I managed even to make that work by making a front piece with 45 degree sides that fit into the eye-piece. 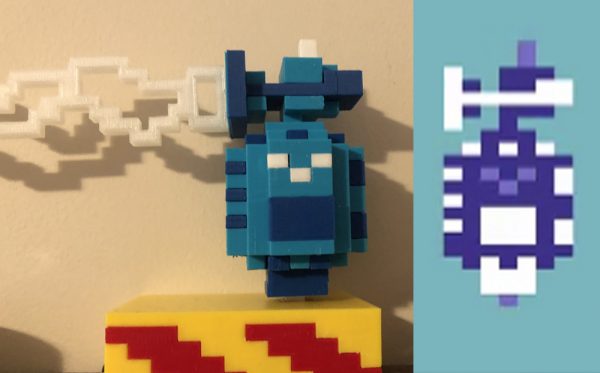 Here then is my final model, and you can even see that, while the rotating robot is intended to depict a cylinder, my version works pretty well. 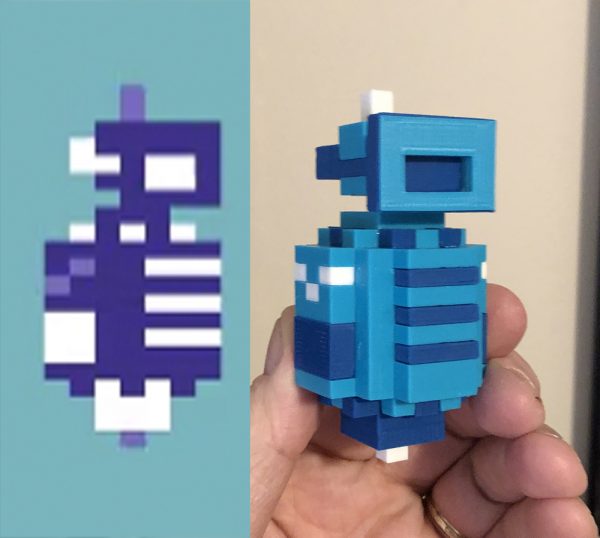 Here they are, with floors modeled from the game, as display bases: 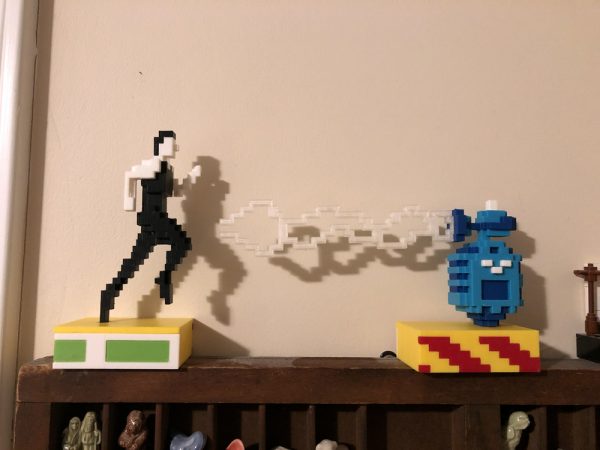