Of course before Christopher Eccleston’s and David Tennant’s and Matt Smith’s Doctors, the Doctor (in Doctor Who) carried a Sonic Screwdriver.

Most famous is this model: 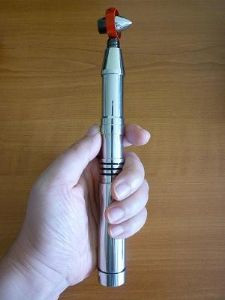 Oddly enough, someone modeled a version of this and uploaded it to Thingiverse. A user named InnovationByLayers uploaded a version. But it was solid. I remodeled it to print in multiple parts, and so I could make the bullet and the head different colors. 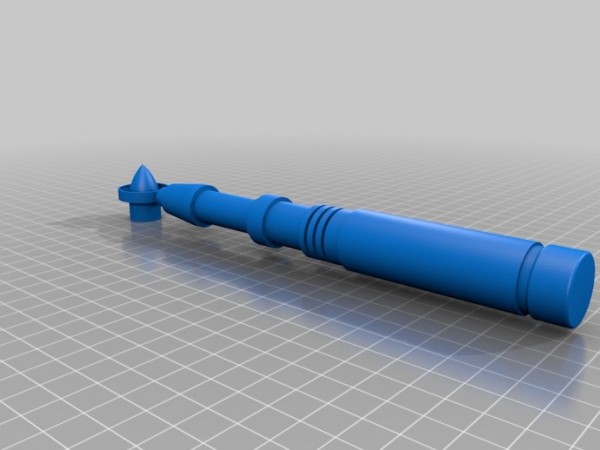 In my first print, I had issues. Notwithstanding the fact that I printed the bullet center of the tip in red first, and the cowl in silver, which is the opposite of what it should be, I also got an error into the 2.5 hour print (I was also printing some other things in silver, so the print took a bit longer.)

About 2/3 of the way through the print the printer stopped and the software declared a Jog Command Error which I have never seen before.

I was worried. Could it be a catastrophic failure of the motors? I started the printer again printing the parts that didn’t finish (the two taller shaft pieces) and so far it’s at layer 180 of 367, and it’s going ok. I still have an hour to go, though. I’ll let you know if it failed again.

But the result of this particular accident is kind of cool. I actually have a stubbier version of the screwdriver I can call a variant. Because two shaft pieces didn’t finish, I can glue them together for a shorter screwdriver, and the head/bullet colors can be reversed. NEW VERSION!! 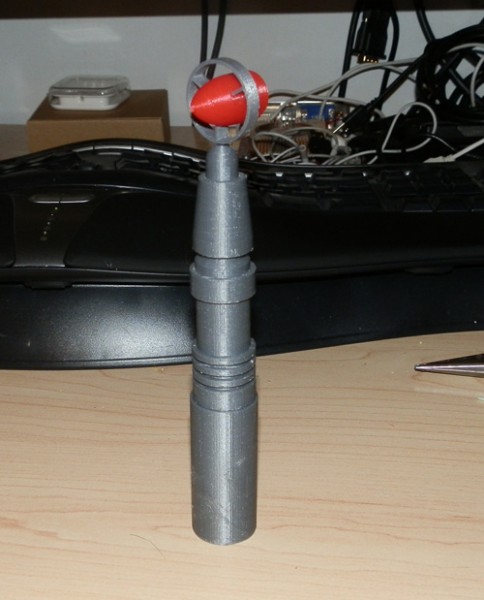 This also gave me the opportunity to adjust a few bits to fit better, for the full-length one, which I also realized was not being modeled in the right colors. The ring around the eye bullet should be red. The front of the bullet silver, and the rear of it red. So I split the bullet and reprinted it in those two colors.

And here is the properly-printed one on the left, and the variant on the right.