One of my co-workers created a fish for her demo reel, a 3D animated goldfish, which, if I’m to believe her file name, is called “Bert”.

She asked me if I could print Bert for her and I said “I’m pretty sure I could.”

Bert had some issues. The first version suffered from thin fin. The pectoral fins were a bit too thin to print well. I fixed that by thickening them a bit and angling them better.

Bert was modeled to animate, meaning his eyes were spherical and inset into the body in a way that would make printing impossible, so I first sealed off Bert’s eye sockets on his body mesh and then used that shape to cut the spherical eyes out into shapes that would fit into those sockets and I could glue them in place nicely.

Similarly I had to change the mouth a bit and the teeth: 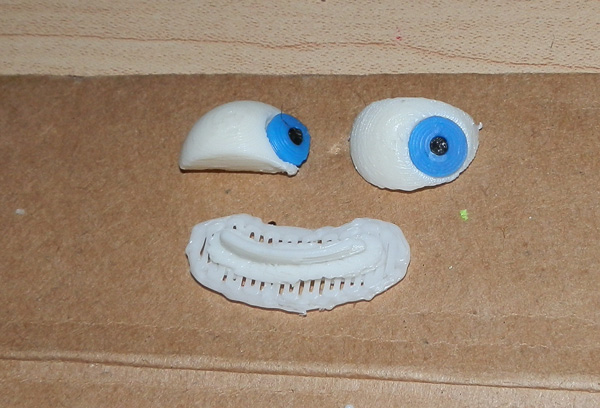 The irises were printed separately in blue, and the pupils printed in black. This picture is about 2.5 times the size of the real thing (depending on your monitor of course.)

When the fish printed, it had support material to support suspended parts, so it came off the print bed looking like this: 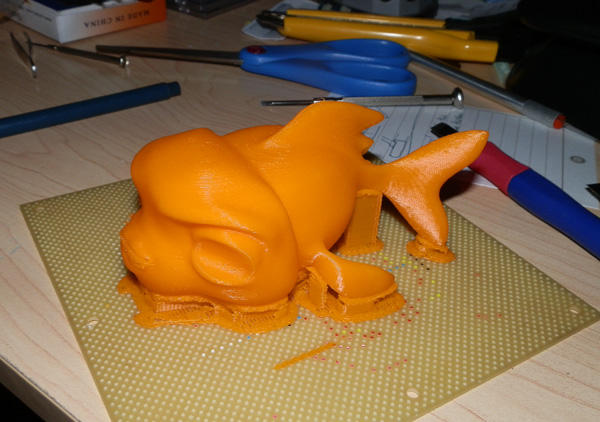 I removed it from the bed: 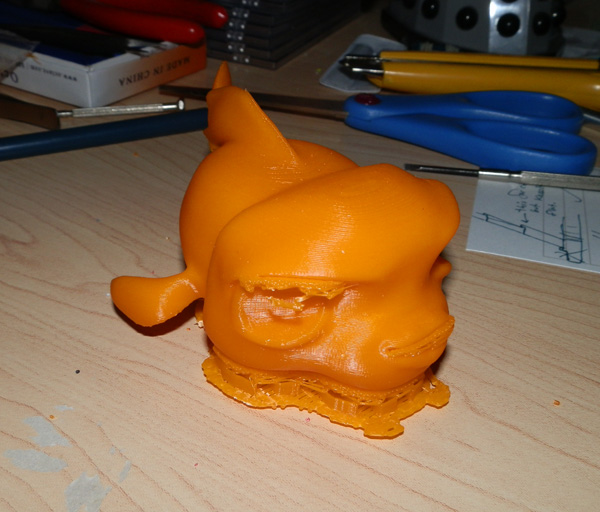 and then removed all of the support material: 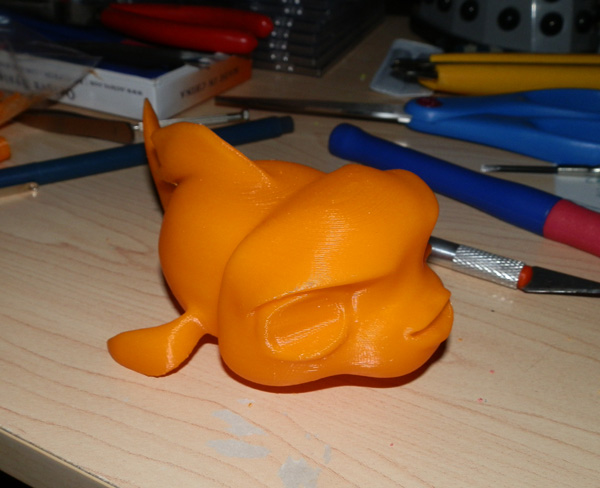 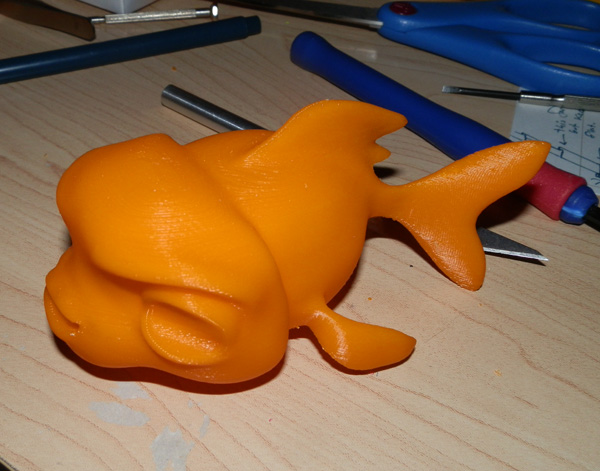 I ran a kitchen torch lightly over the surface to change the color of any plastic that touched the support material. That material tends to show some “white” areas. Areas that are lightened by the plastic stress. A quick bit of heat usually changes that back to the native ABS color.

I used clear binary epoxy to glue the eyes and teeth in and here’s the final result: 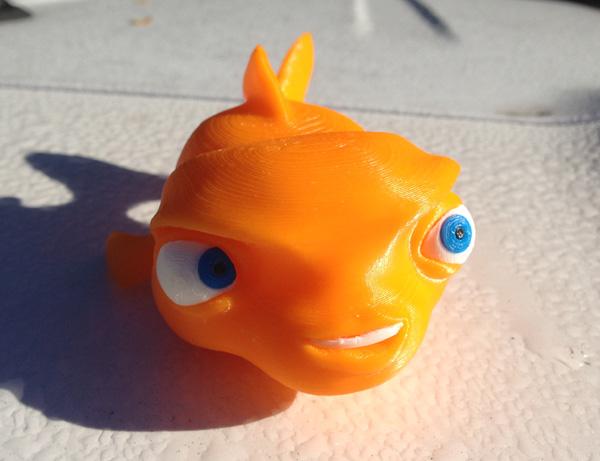 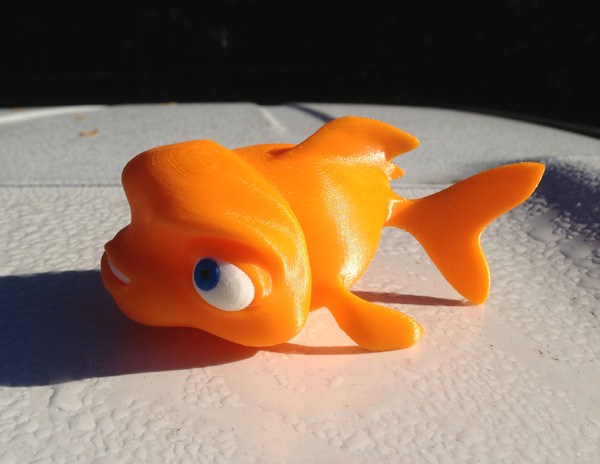