One thing I’ve wanted to make with my 3D printer is props for GI Joe. 1:6 scale props. Something we Joe collectors have often wanted is a set of traffic cones. They are infinitely useful in creating realistic street sets for photo shoots. 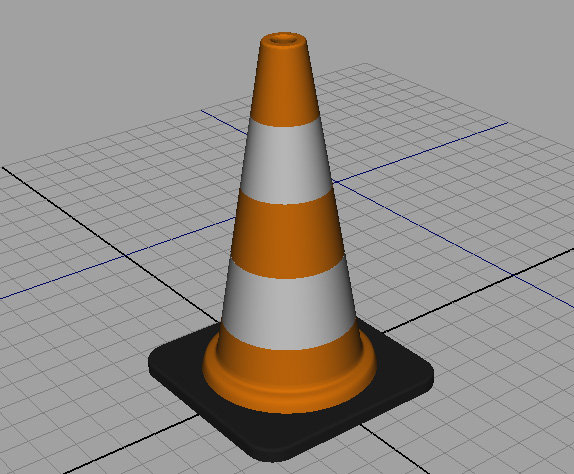 Today I downloaded one from Thingiverse, but it wasn’t well modeled. I remodeled it entirely, scaling it to a standard 28″ traffic cone, so at 1:6 scale it prints at just under 5 inches.

I printed mine in black, orange and white and glued the pieces together. Here it is standing next to two 12″ Doctor Who figures, in front of a 16″ TARDIS (which I made from foam-core.)

Also this weekend, besides printing and assembling a first prototype of a Space 1999 Stun Gun, I spent some time posing and remodeling (for print) a model for a co-worker. She created an animated fish and wanted it printed, so I volunteered to print it for her.

I won’t show a picture of the fish until I get her permission to post pics, but I think I can safely show the eyes and teeth. (It is a cartoon fish after all.)