For the past two days I noticed some slippage in the front/back motor mechanism of my printer.

I first noticed it on a small print. Part of the whole print just shifted about .25cm.

Then later I noticed it shifted during the raft printing, in the first few layers.

I hoped it was an isolated incident (or two) but then I started a 4 hour print of a small figure: 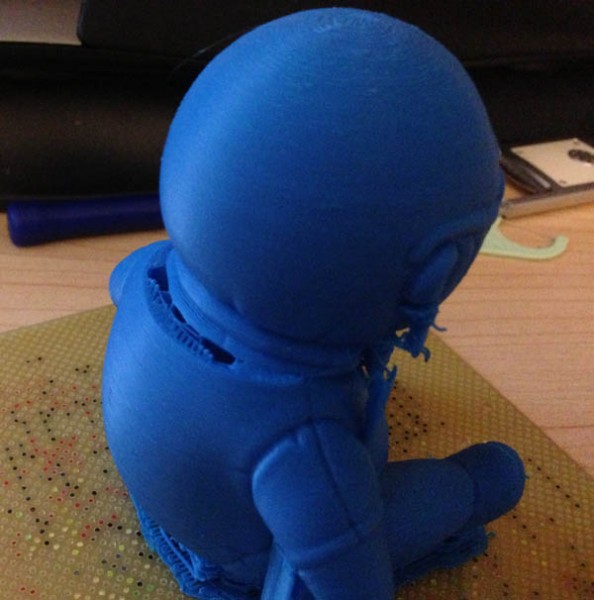 At about 3 hours, the print bed slipped backward just about .5cm. The rest of the print went fine, but the damage had been done.

I printed a few smaller items after this with no problems. I made sure I used the software’s maintenance window to move the bed back and forth to see if I could catch any problem. It looked fine. So I printed a few small things, and they all worked ok.

Then Sunday morning I decided perhaps it was just a momentary problem and it had worked itself out. I re-printed the figure.

As you can see, at around the same place it slipped again. The height is not likely the issue because the first two slippages happened far lower in the model. 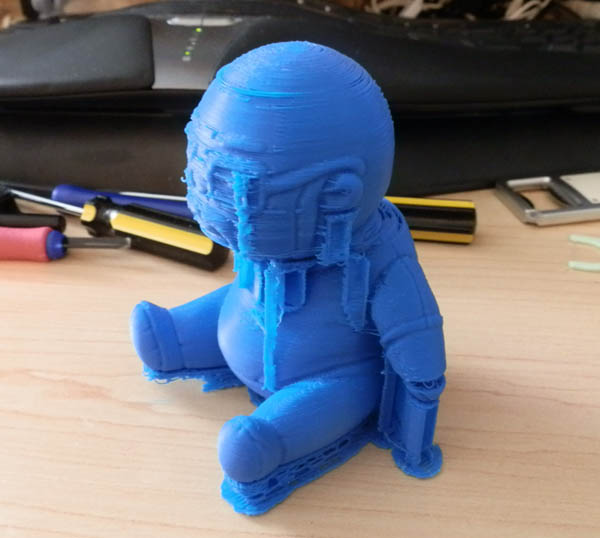 But what’s particularly disturbing in this case is that it slipped twice, and after the slippage the print just went all to crap. It seems to be a progressive problem now.

I will try one more test print tonight, but nothing that’s going to take 4 hours.

Looks like she’s goin’ back to the shop again.

Now, some may think: “I told you. This tech isn’t ready yet”, I hear ya. However, when I opted to buy into a 3D printer at this fairly early stage in its development for the home, I knew full-well what I was getting into. I knew I was basically beta-testing the technology, but hey, I bought in figuratively and literally. I do not mind being part of the crowd that helps perfect this technology.

In a few years I expect to be printing in much higher resolution, with no support material, and in multi-colors. I expect the 3D printer progression to be similar to the home paper printing progression. Right now we’re at the dot-matrix stage. It won’t be long before I have a color laser printer (like I actually do for printing on paper.)