As I posted below, in order to use other sized filament spools, I will have to use a different spool holder than the one supplied with the Afinia printer.

This is the result of 3 hours of printing on fine with medium internal structure. 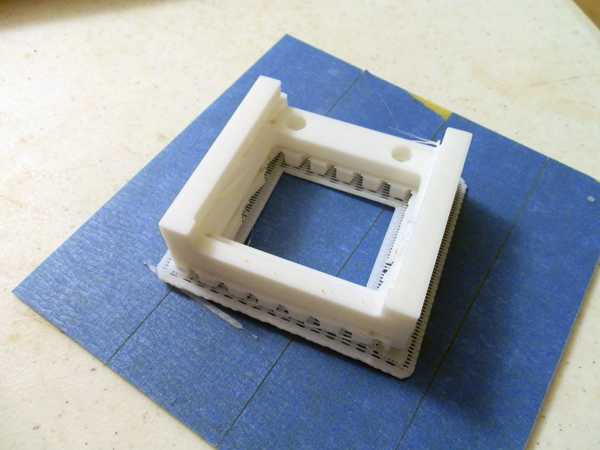 I probably could have printed this in Fast mode or using a thicker extrusion, but I did it the finest way, and it took 3 hours. And the base of it warped during printing. When I pulled it off the bed, the rafting had already lifted off the blue tape.

Cleaning it was difficult because the object has support material on bottom because there is a raised area, allowing the adapter to fit around the arm of the printer.

Looking at the model now, I realize that if I had printed it upright instead of flat, I could have done it with no support material except in the screw holes. I’ll probably print another one later to test this theory.

But the hardest part was the two grooves that had to print on the sides. I managed to get all of the material out, using various tools. 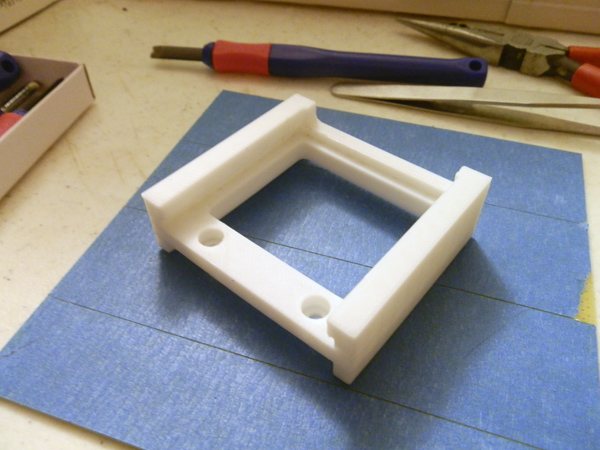 I think I will print directly on the perfboard, and use Fast mode and use a thicker extrusion. I don’t think I need the best and slowest print quality to print utilitarian parts.

And I just thought of something cool. I think I can create an adapter that will work with both the Afinia and Octave reels on one holder. More on that later.