As I posted just shy of two weeks ago, I won three design competitions at 3DAGOGO.

On Tuesday a box arrived containing a premium blue filament identical to Afinia’s blue premium, which I was getting low on; and a silver, which looks different from the silver I bought from Afinia. I’m curious to see how that works out.

This morning I woke up to e-mail saying a package is winging its way to me, and was, in fact, on a truck for delivery. So I figured I’d find out tonight if it was a trio of t-shirts or a 3D Scanner.

I was about to leave for work so I just took it with me. I set it up at work, calibrated it, and scanned a model of my Narcissus space shuttle toy. 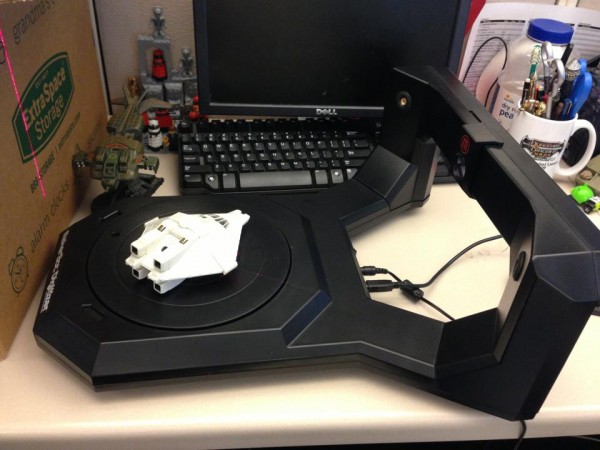 The Makerbot Digitizer allows you to multi-scan an object. This means it scans it, constructs the model for you to view, then you can inspect the model and tilt the object you were scanning at a different angle to catch things not gotten in the first pass. This is great because a lot of objects with feet or whatever won’t capture the bottom properly on a standing scan. This allows you to lay the thing on its side and rescan. The software will merge the two scans to catch the things you missed on the first scan. 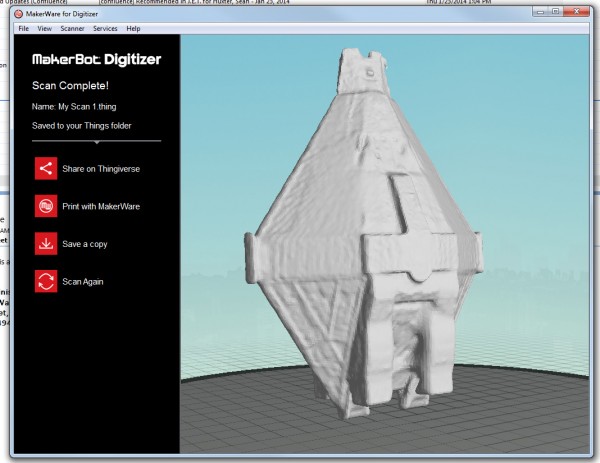 Clearly it’s not a scan-and-print process for non-organic things. The early technology here is sure to create a crinkled, bumpy surface. But with the right software and skills, you can go in and smooth out and add detail.

What I hope mostly is that it scans the correct scale. I can see myself using this to scan GI Joe heads to make helmets and headgear to fit a head, rather than printing heads.

The first project will be the Adventure Team Save The Endangered Pygmy Rhino set. It has a large rubber rhinoceros from which I cut its main horn, installing magnets so it can be put back in place. But the point of the set is to replace a rhino’s horn with a prosthetic to reduce the likelihood it will be poached and killed for its horn, a savage and ridiculous practice going on in the world today. 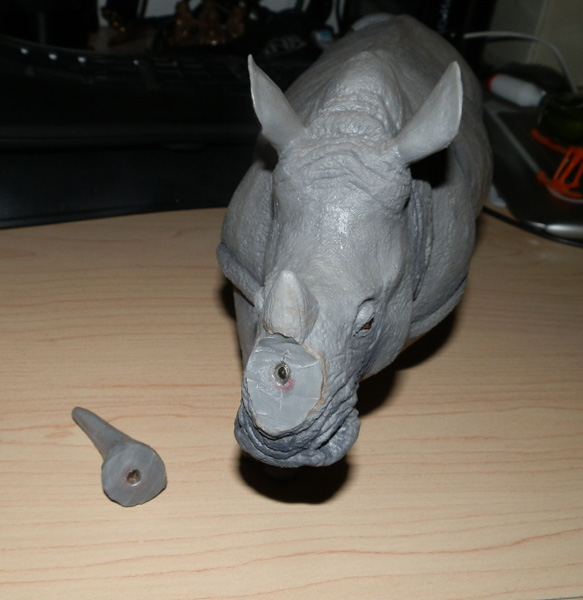 I can scan the rhino’s nose and get what I hope to be an accurate shape to fit the prosthetic to.