(Originally written May 4, 2013, so some things are now out-of-date. The printer is ordered and on its way.)

You may have heard a lot lately about 3D printing. This is not a new thing, but it has become far more accessible to normal people in the last year. For many years now, machines have created items out of layers of plastic in what’s called an “additive printing process” whereby a plastic melting head (not that different from a glue gun head) passes over a surface laying down a layer of shaped plastic, then lifts itself and lays down another layer, and continues until it prints an entire object from plastic (or sometimes other materials.)

I’m working now to buy an Afinia H printer, which prints things in ABS plastic, at .015mm layers, so about 8 layers per millimeter.

Just to show you (and me) what it’s capable of, I sent a computer file (one I downloaded from the internet and did not alter) to Afinia for a test print, which they offered me when I expressed interest in their printer. 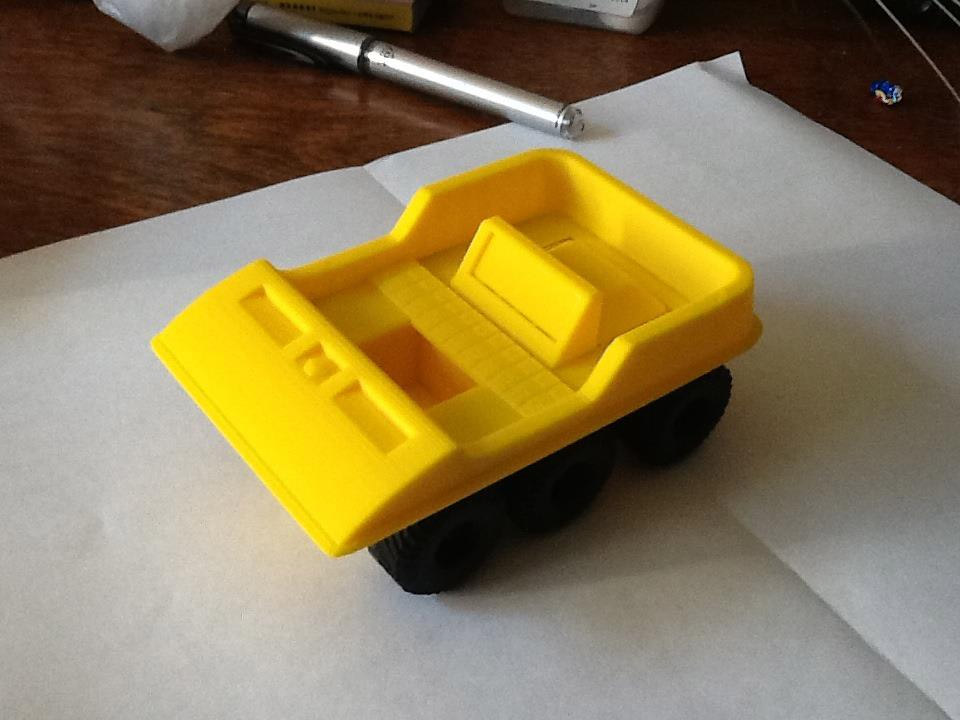 Here is the finished product, with tires in place. 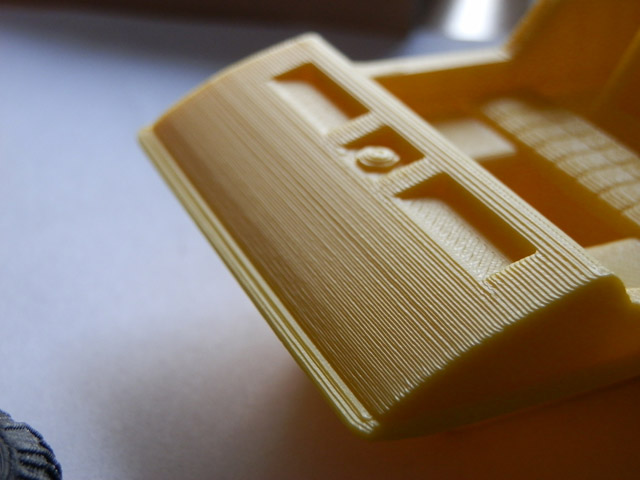 Here we see the real problem with current layered printing. The more shallow your angle, the more stepping is noticeable. You have to realize, however, that this is an extreme close-up. It’s not this bad in person, as it’s a bit smaller.

This shows how the rounded seat is printed in layers, and how the flat area is diagonally cross-hatched. Certain methods can be used to better finish surfaces, often involving acetone vapor bath. 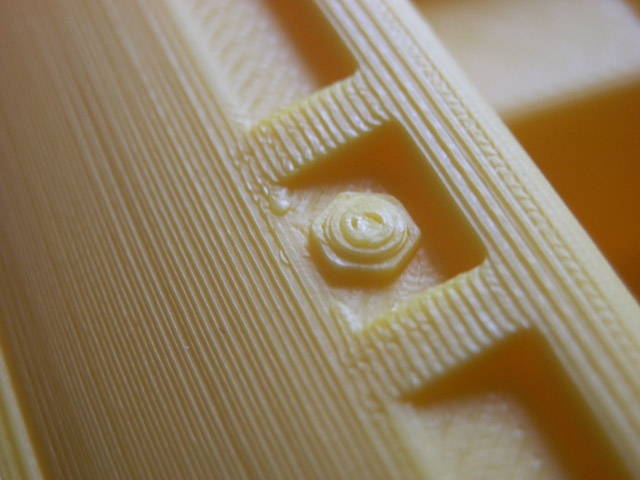 This is the fuel knob, which on the actual model is only about 1/8 inch in diameter. 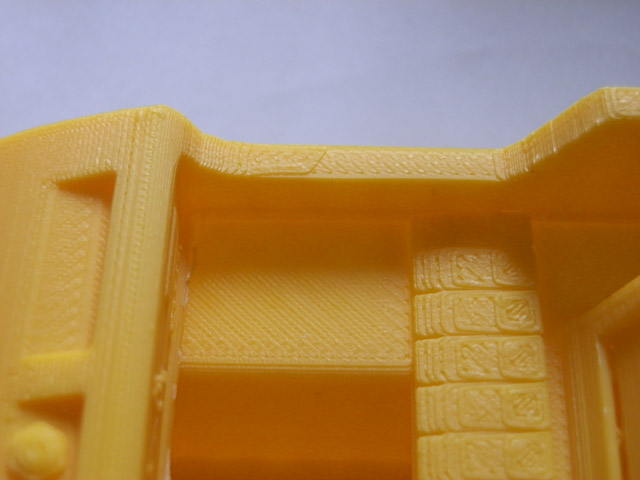 This shows the general surfacing. For current tech, this isn’t bad. 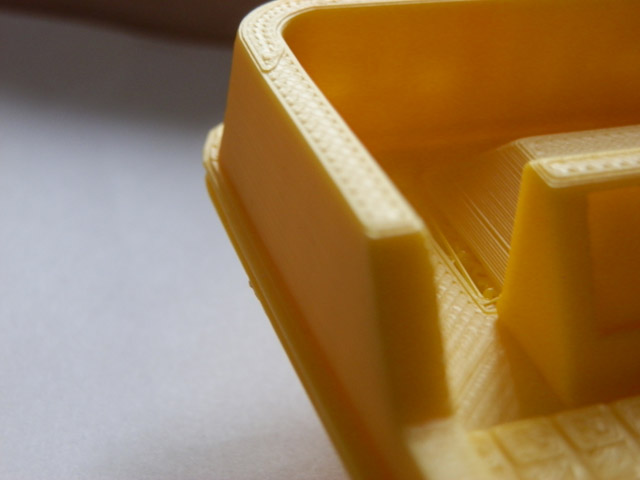 This shows the side and surfacing pattern.

A single wheel. The bolts inside print rather nicely, however, the gently curved surface is layered. 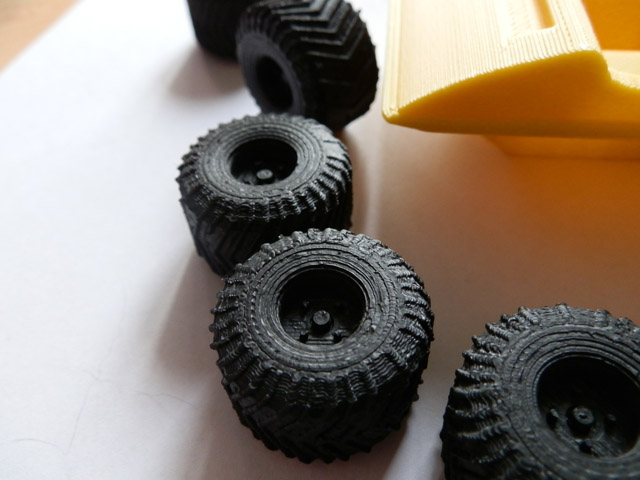 Here are some of the wheels together.

Please note that I can make a much cleaner model than this, and one that’s more accurate to an actual Amphi-cat, as seen in Space 1999, posing as a moon buggy. This one had problems with unclosed model portions, something I would easily fix if I knew it was a problem.

I began selling some of my amazing toy collection on eBay to pay for it, and after months, I’m almost all the way there. I had to take a brief hiatus from auctioning things after my car accident , but I got back on track and am now very close to the amount I need to purchase this printer.

I have many plans including making rocket ship models, airship models, other props from TV shows and movies, as well as clocks. I have some great ideas for non-traditional clocks using normal clock motors you can buy in hobby shops.

One thought on “My Introduction to 3D Printing”