When my favorite movie, “Blade Runner”, came out, ERTL put out a set of four die-cast Hot Wheels-sized vehicles from the movie: 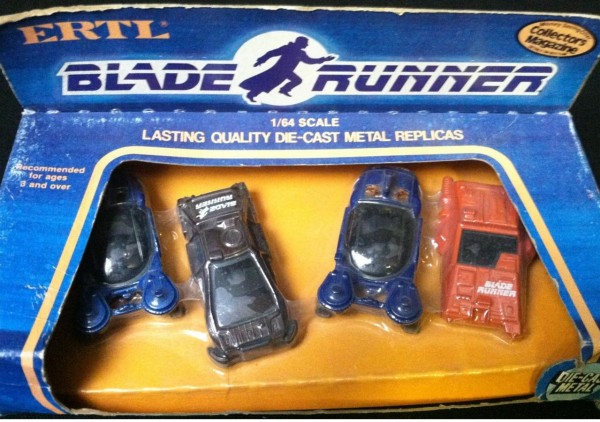 The brown one second from the left is Deckard’s de-commissioned Police Spinner. Obviously it was not the standard Patrol Spinner, on either side of Deckard’s. But according to everything I’ve read while Deckard was a member of the Police, his car could fly. But not anymore. Not since he quit. Only police cars are supposed to be able to fly, I guess.

I have a few of these ERTL cars, in various condition. None mint. But recently Fujimi made a 1:25 scale model kit of it: 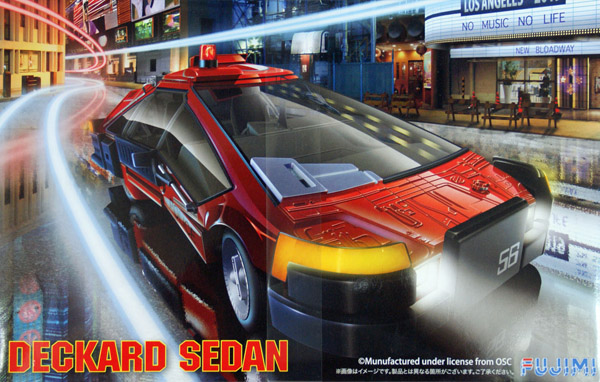 What? It wasn’t brown. And had some nice detail. I bought the model, and intend to build it up maybe this summer.

But I thought it might be very nice to take one of the ERTL ones and paint it up and detail it more accurately than the ERTL version.

The hard part was drilling out the rivets to release the body from the chassis. I used a Dremel, and wasn’t overly delicate. I scraped the bottom a bit, but that’s not tragic.

Then I soaked the body in a jar of acetone for a week, and then used a Brill-o pad to scour the paint away. 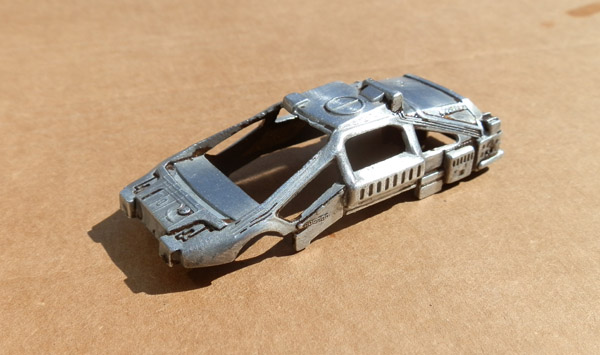 Then I primed it:

Then I spray-painted it orange, with a rattle-can.

I am a bit worried the can was not the best painting method. I just bought an airbrush with compressor so I may re-strip it and re-paint it with the airbrush.

More coming, including details on the modifications I made.

I believe I will re-strip it, because I also want to remove the two vertical window supports. They do not exist on the actual car. They are part of the window.

Here are some photos of what I’m trying to achieve with this tiny version: 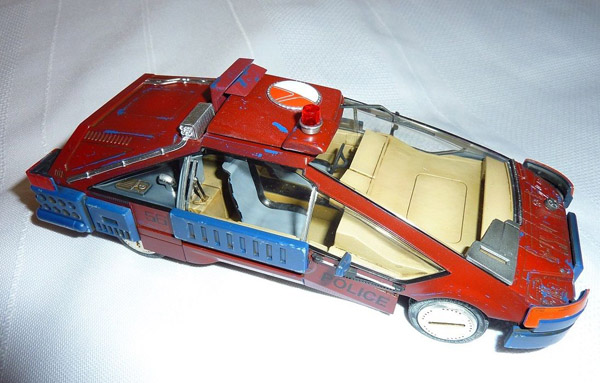 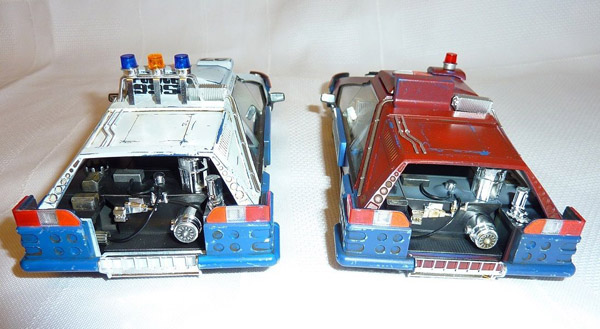 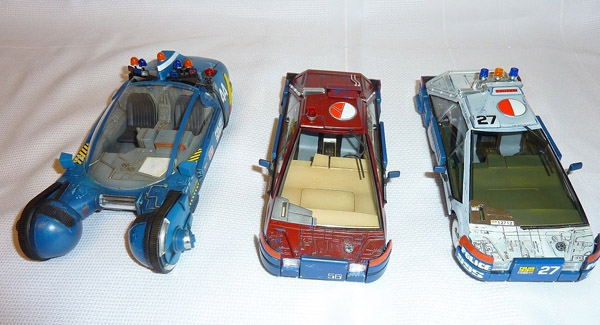 When I originally painted the body, I didn’t yet own an airbrush with compressor. Now I do. And I decided, after looking at these pictures some more, that the very thick window uprights had to go.

So I stripped the paint down again:

Using a Brill-o pad, I scoured the paint off, after the body soaked in acetone for another week. 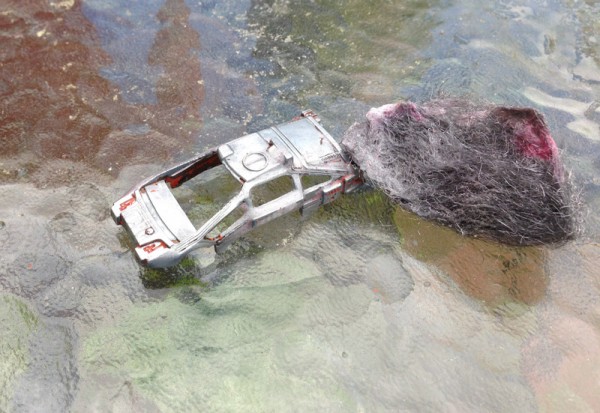 Then I used my Dremel to remove the vertical window uprights on either side: 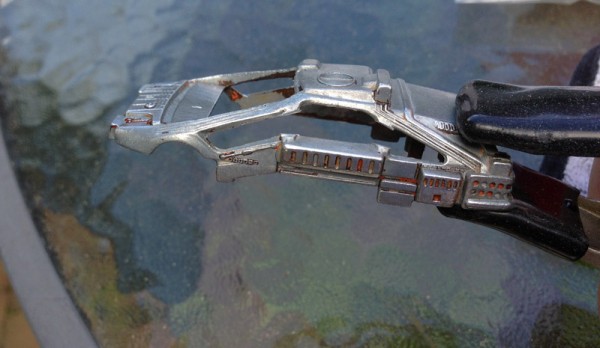 When I polished that up a bit, it looked like this: 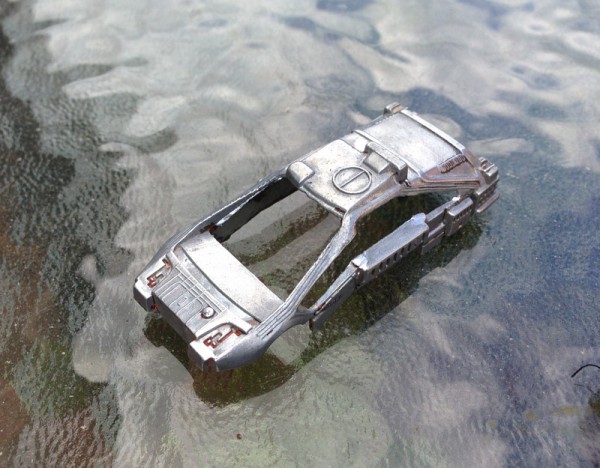 And then I primed it.

Sadly, I primed it in a 2x coat primer which was rather thick and chunky, so I stripped it a third time, and primed it with automobile primer: 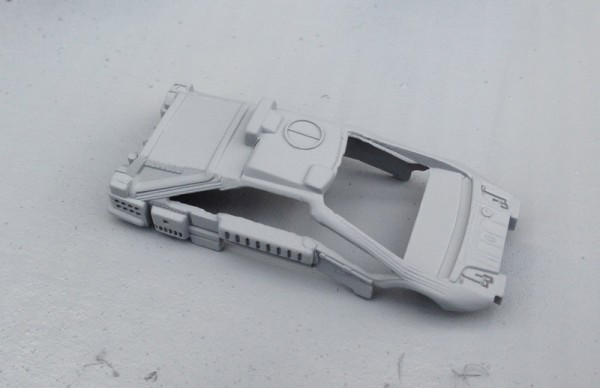 Then I used my new airbrush to paint it again. No pic yet. It’s still drying.