The third box-set I contributed to for Cotswold Collectibles was Fright In Flight. 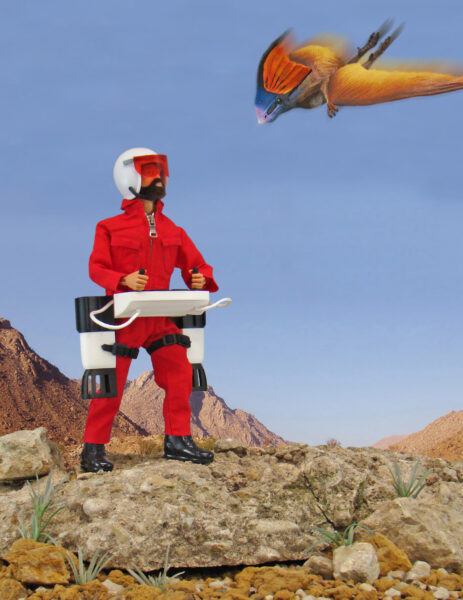 Greg Brown wanted me to reproduce a version of the GI Joe Adventure Team Jetpack, used in several sets during the Adventure Team’s original run in the 1970s.

We call it the XP-1 Personal Rocket Pack

Based on a marketing photo which showed the jetpack with moving joysticks and cables from the underside to the jets, in white and black, I reproduced this as accurately as I could. 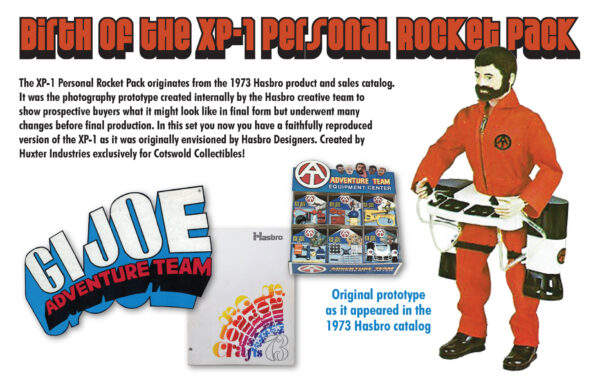 Hasbro did produce this jetpack as the Rocket Pack, but with much fewer parts, and less color. The engines, for example, were a single color (white or silver), and the platform was a single color (black or red), and the joysticks did not move. The cables were never added. 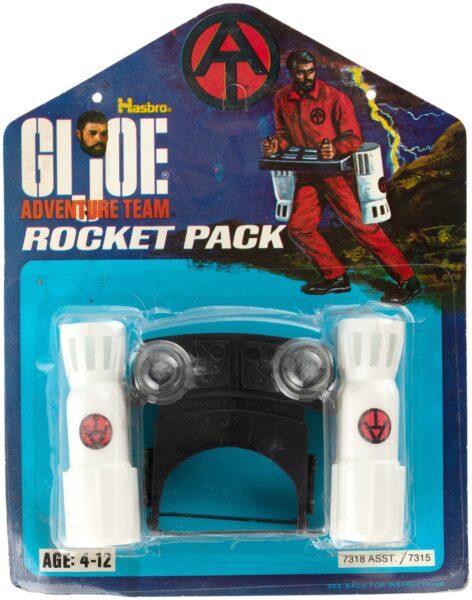 I added cylinders under the white deck, secured by black panels, which held nails to strengthen the joysticks. Thin 3D printed cylinders tend to snap like twigs. Without the reinforcement, this never would have been possible.

I also used white cording to act as power cables, leading from just below the joysticks to a place on the deck that was just next to the rockets. The rocket pieces were made of 3 separate parts in black and white, and slotted into the flight platform. The unit secures to the pilot with a waist strap and straps to secure the engines to the legs. 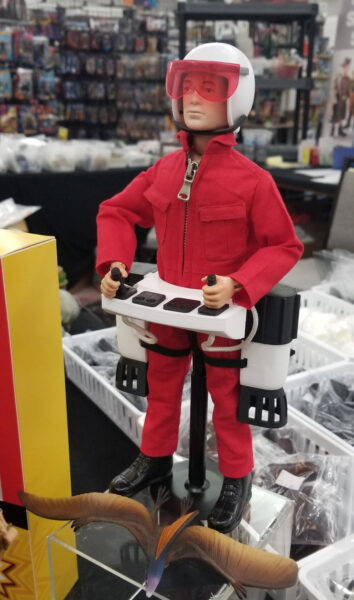 Cotswold added a figure, Pterasaur, a red jumpsuit, white helmet with red visor and boots. It comes packed in a box with original art.

I also produced a set of blueprints as I do with a lot of my toys. They act as instructions, collectible, and just a nice piece of verisimilitude. 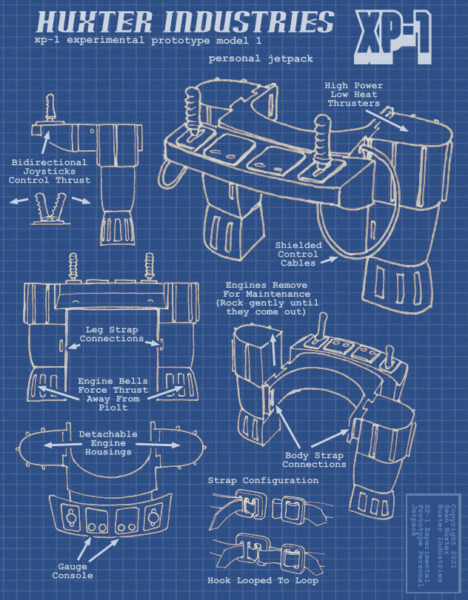