Afinia’s print software allows you to print the interior of objects with a grid-work lattice that strengthens the model, but also allows it to print nicely for any shape. It saves material over a completely solid interior, and you still get the strength of the material.

Last night I decided to try Afinia’s new “Shell” feature which prints your model with nothing in the center at all. I knew this would only work on certain models. 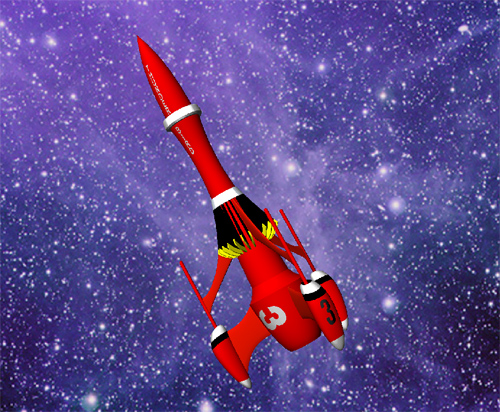 It’s a rocket I designed to be an updated Thunderbird 3 from the Gerry Anderson TV series Thunderbirds. (This model was done in the late 1990s and was later used on the cover of a comic book without my permission, but I later got credit for.) I wanted to update the Thunderbird ship to use no straight lines. Everything is curved, with the exception of the rods sticking up out of the engines.

Here’s the section I wanted to test-print, as seen in the Afinia printing program. The nose cone with the docking neck ring as a single piece. (This would be two pieces in a later, more complete model.) 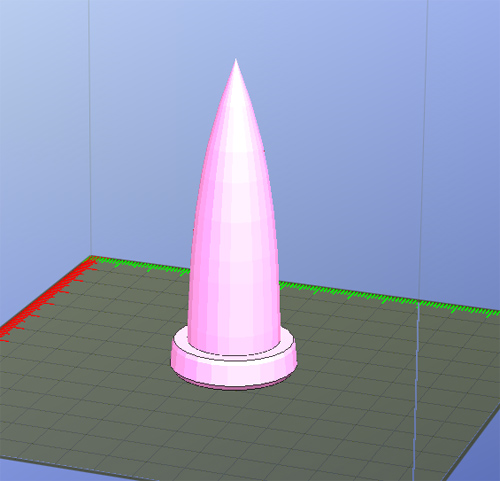 Here’s what happened when I tried the Shell option. It got to the part in the model where the neck ring has a ledge, and it had nothing to print on, so it extruded out a bunch of plastic hair into the cup shape you see here. Stupidly I removed the junk extrusion before thinking to snap this picture. 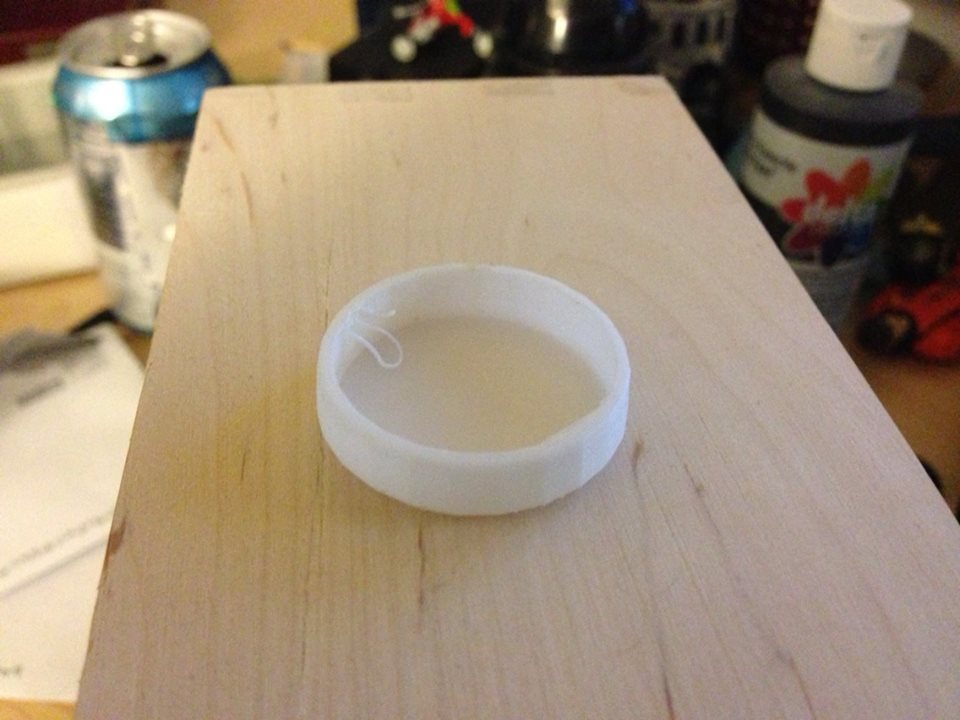 So I printed it again with normal (large) interior lattice.

And here is the final product. It’s actually rather nice. But it shows me my model’s circular resolution needs to be brought up quite a bit. It was modeled for a render, not a physical model.

One thought on “Third Print – Testing For Another Future Project”