After my satisfaction with my Blade Runner Offworld M2019 Blaster Display Base print, I decided my next print would be my Space 1999 Stun Gun Display Base. One problem: I had to model it first.

First, the Stun Gun itself. I bought a very nice resin model, (pre-painted and pre-assembled) of the iconic Space 1999 Stun Gun, and I really like it.

If you’re not familiar with the TV series or this gun, you should get familiar. This was the TV show of the mid 1970s, and certainly the most popular Science Fiction show of that time. Here’s the gun: 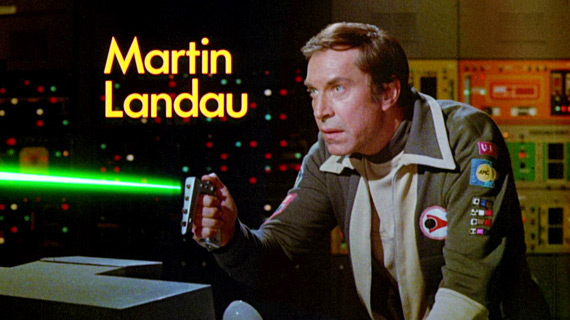 So I set out to model a base that the butt end of the pistol would sit firmly on, with the bottom (which has a hole in it) fitted into a slot for stability, and the front little nub sitting on its own little bed.

The goal was to angle the gun a little, allowing for the angular title logo from Space 1999, shown here: 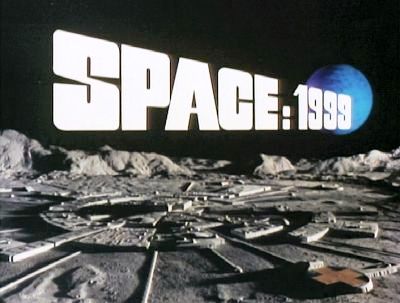 I downloaded a similar font a while back in anticipation of making Space 1999 models.

I then printed out the “Space 1999” (without the colon… it just took up unnecessary space) in neon yellow, which I will probably use for the base when done. I could use white, but I’m not sure it would stand out properly. I may change my mind on that later.

So then, after three or four test prints of just the chucks that the gun fits into (for spacing, accuracy, fit, etc.) I noticed that my Afinia H479 printer is not heating the print bed for me.

It is recommended that the bed be heated to 100 degrees Celcius, and I always do pre-heat it. However now it wasn’t heating past 25 degrees. Sigh. Nothing I did, restarting, rebooting, reinitializing the printer, nothing worked. But I decided to print anyway, and I found that the results were as good as if the print bed was pre-heated.

I fired off an e-mail to Afinia to see what can be done about this. But until then, I was able to test-print the chucks for the gun, and the logo, both in yellow for now. 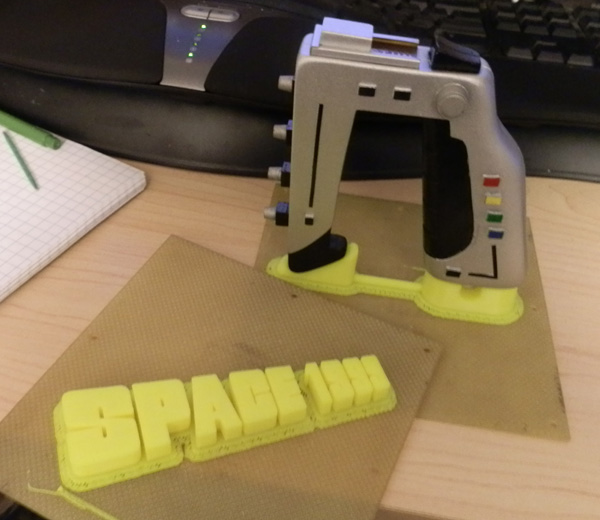 The final base will be in black, with either this yellow logo or a white version. We’ll see about that later.

Tonight, with the base not pre-heating, I decided to print the base model of the gun anyway.

Here is the model in the Afinia printing interface. The yellow “Space 1999” logo should fit into the slots left for the letters you can see cut into the base.

Weird thing: When I finished the print, the bed was hot. Somehow it had decided to begin heating again, but not before part of the base had peeled up off the print bed. I guess it somehow kicked in part-way through the print.

Anyway, despite the warping, the result wasn’t bad. Here is the finished product, or at least a good first print of it, with the resin model of the Stun Gun on the stand: 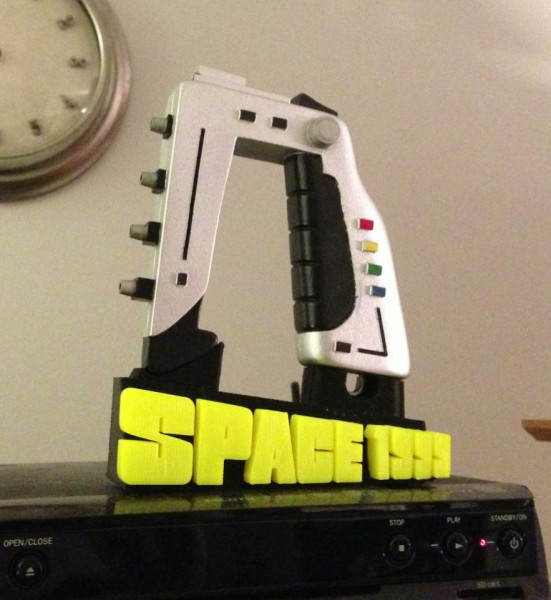 Not too shabby. (That little black thing sticking up by the butt of the gun is actually a WiFi antenna on the back of the DVD player… not part of the model.)