At one point, Fine Scale Modeler featured a beautifully constructed model from the game, similar to the one shown below (not my model!) 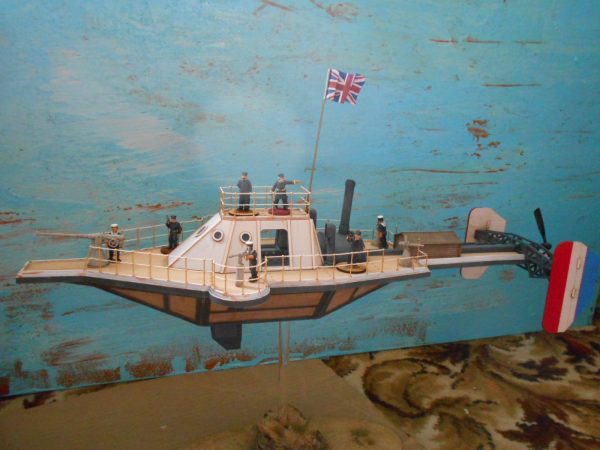 But at the time I was envisioning my own world where air whales floated around like dirigibles, and I thought this was a nice base for an air whaler ship, which I then modeled in 3D in Lightwave, and rendered out as a fairly poor GIF file which I still have.

The wires spanning the two boom arms were to carry the weight of the slaughtered air whale, which would of course no longer be able to support its own weight in atmosphere.