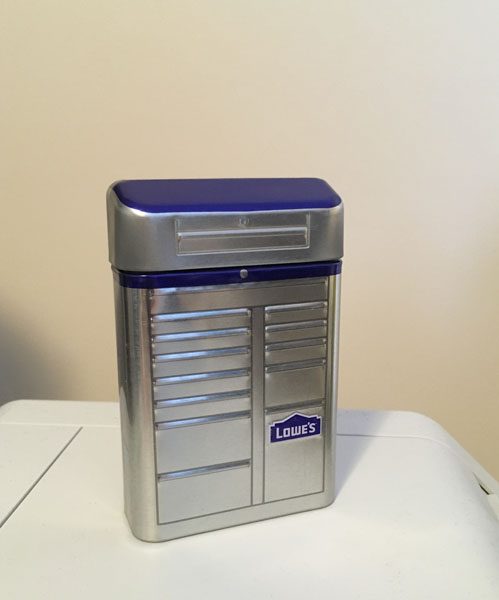 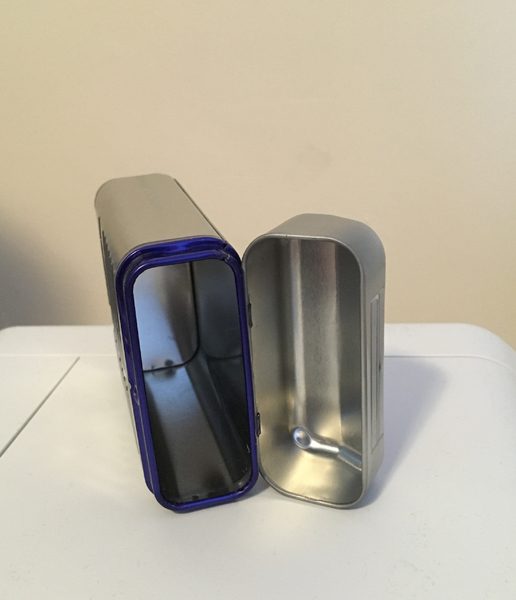 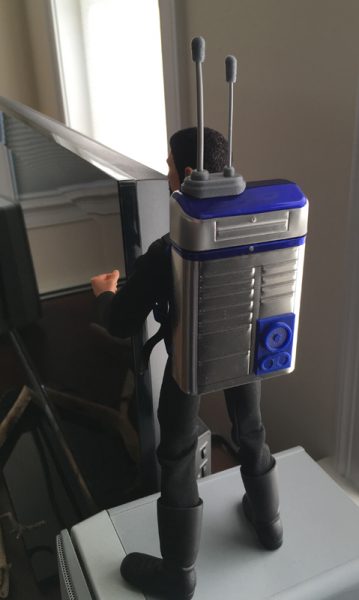 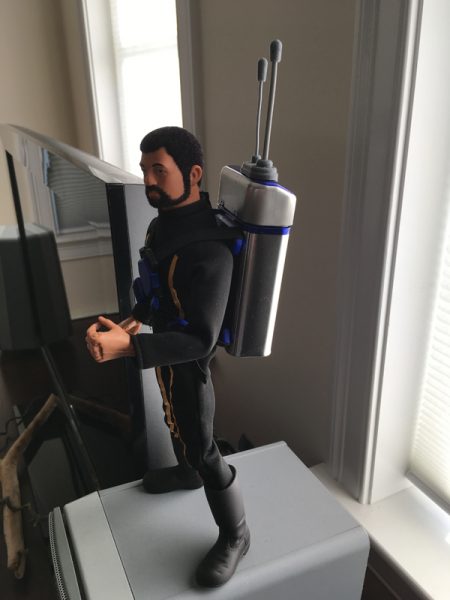 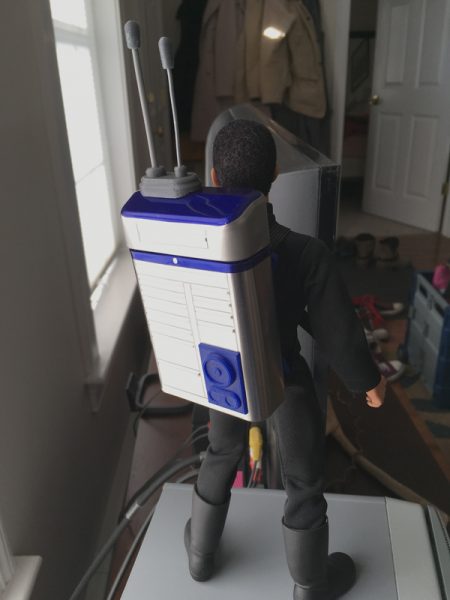 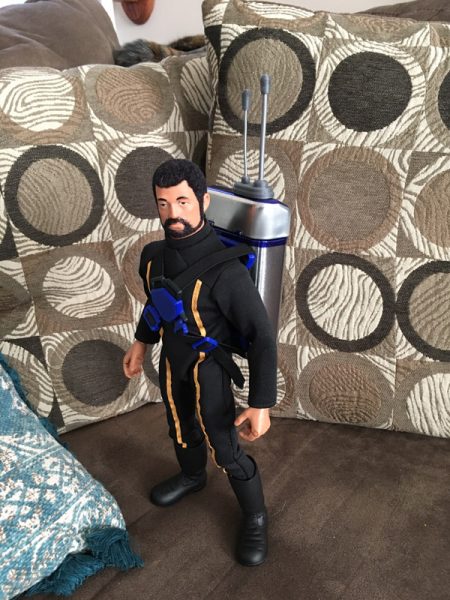 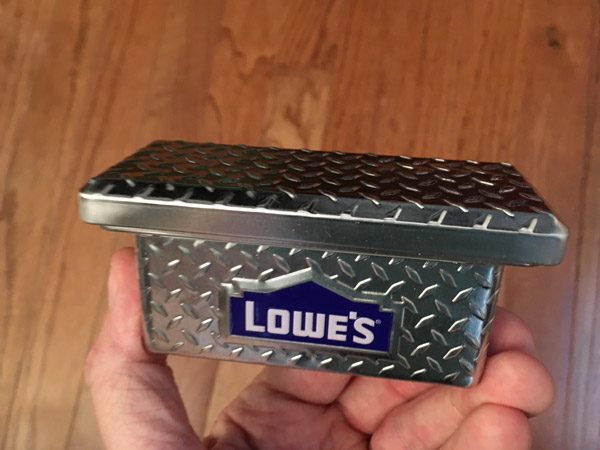 Last year at Lowe’s hardware store I found a metal box sold as a gift card holder. It was in the form of a miniature diamond-plate pickup truck cargo box.

Needless to say I find it hard to shop anywhere without seeing every object that comes into my sight in a 1:6 scale filter, to see what I could make of it. This was a no-brainer.

I bought a few, took them home and began to think how I could best use them.

Since the new GI Joe Club Exclusive Mike Power Atomic Man had just recently arrived at my door, I figured how better to use this than to make it Mike Power’s personal equipment box. 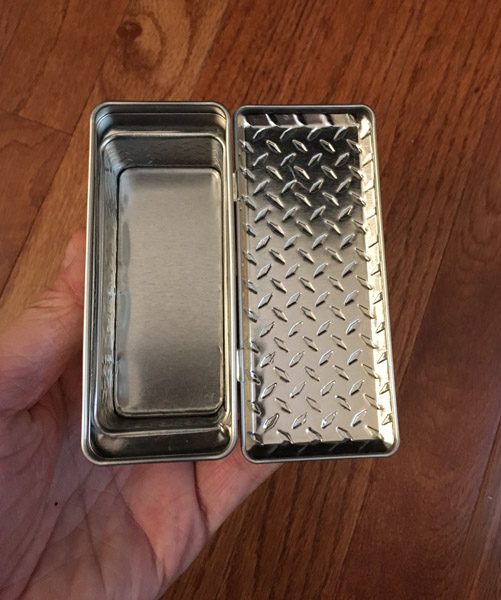 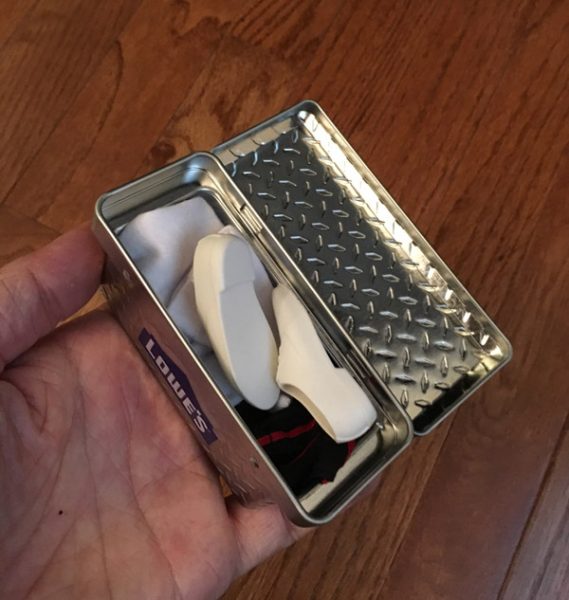 It is a great fit for the GI Joe Adventure Team Vehicle or Trouble Shooter, too. 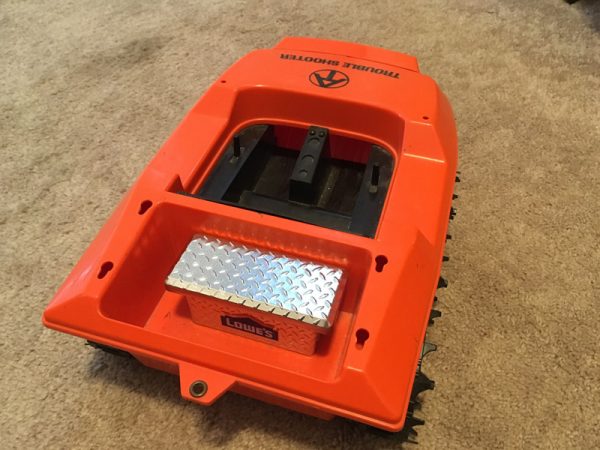 And around that time the Mattell Halo Warthog was making its rounds on Amazon at sell-out prices and a bunch of us collectors were getting them, and I’m no exception. I bought two green, and painted them (one in AT Yellow and the other in a bright AT Red) and then they came out later with a red version, so I have one of those too.

The cargo box fits nicely into the cargo bay of the Warthog. 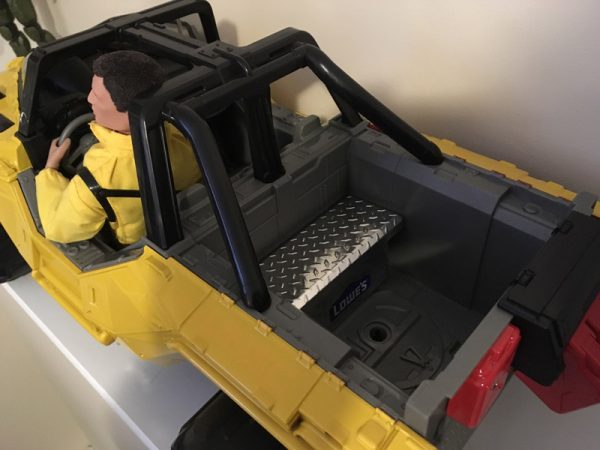 Of course I wanted to cover up the LOWES logo, and make it Mike’s, so here is the final product: 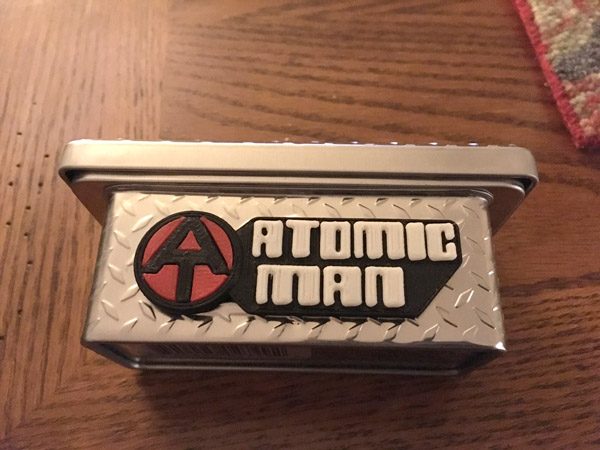 This, I should say, is almost finished. I have one other thing I want to do, and that is to put a tool-box-like handle on the top lid.

More on that later…